20 States, Orthodox Rabbis, and Several Orders of Nuns Ask Supreme Court to Take Contraceptive Mandate Case More than a dozen friend-of-the-court briefs filed in support of the Little Sisters of the Poor 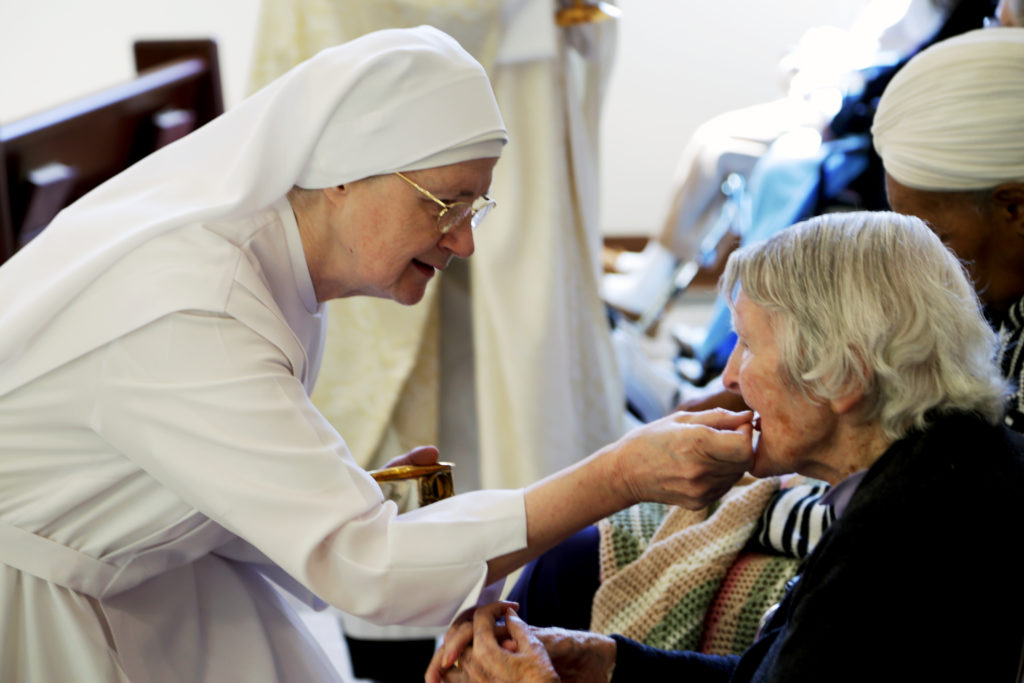 WASHINGTON, D.C. – Today 20 states, along with a group of Orthodox Jewish Rabbis, five orders of nuns, the flagship seminary of the Southern Baptist Convention, and many other religious and secular organizations, are filing friend-of-the-court briefs at the Supreme Court supporting the Little Sisters of the Poor in their HHS mandate challenge. Last month, the Little Sisters and several other religious ministries appealed to the Supreme Court for relief from the government, which is forcing them to comply with the healthcare mandate in violation of their faith or pay millions in IRS fines (watch video).

“We are deeply grateful for the outpouring of support we have received from such a wide range of people and groups,” said Sister Loraine Marie Maguire, Mother Provincial for the Little Sisters of the Poor. “We simply ask the government to allow us to continue our ministry of caring for the elderly poor as we have for over 175 years without being forced to violate our faith or pay government fines.”

In addition to the 20-state amicus brief, briefs are being filed by, among others, the Ethics and Religious Liberty Commission of the Southern Baptist Convention, Dr. Albert Mohler and the Southern Baptist Theological Seminary, the Cato Institute, several law professors, the Judicial Education Project, the Christian Legal Society, the National Association of Evangelicals, the Lutheran Church-Missouri Synod, the Christian and Missionary Alliance Foundation, the Alliance Community for Retirement Living, Simpson University, Crown College, and the 181-member Council for Christian Colleges and Universities. Today’s strong support is an indication that the Court is likely to decide in the upcoming term whether religious ministries, like religious for-profits, will receive protection from the Mandate. It also shows the broad importance of the case to a variety of different religious groups and faith traditions.

In January 2014, the Supreme Court issued an emergency order protecting the Little Sisters, but in July 2015 the Tenth Circuit Court of Appeals denied relief to the Little Sisters, their health benefits provider Christian Brothers, and the Baptist ministries GuideStone, Reaching Souls, and Truett-McConnell College. Last month, Becket and a legal team including former Solicitor General and leading Supreme Court advocate Paul Clement filed the cert petition on behalf of the religious groups.

Becket continues to lead the charge against the unconstitutional HHS mandate, winning a landmark victory at the U.S. Supreme Court in  Burwell v. Hobby Lobby. It currently represents the Little Sisters of the Poor, Mother Angelica’s Eternal Word Television Network, and Colorado Christian University, along with many other religious ministries. Five other petitions challenging the HHS mandate have already been filed at the Supreme Court and more are expected.

In addition to Becket and Paul Clement, the Little Sisters petitioners are also represented by Locke Lord LLP and Kevin Walsh, a law professor at the University of Richmond.