Apaches in federal court to save their sacred land

The Green family morally object to the HHS Mandate and seek to operate their businesses Hobby Lobby and Mardel Christian bookstores according to their faith.

David and Barbara Green and their adult children are devout Christians who seek to honor God by running their family business “in a manner consistent with Biblical principles.” But the government’s HHS Mandate required the Greens to provide insurance coverage for drugs and services, contrary to the family’s religious beliefs—or pay millions of dollars in fines. With the help of Becket, the Green family went to court to defend their rights and won on June 30, 2014, when the U.S. Supreme Court granted a landmark victory for religious liberty in favor of the Greens and their family business.

On June 30, 2014, the U.S. Supreme Court granted a landmark victory for religious liberty, ruling 5-4 in favor of David and Barbara Green and their family business.

Hobby Lobby Gets 11th Hour Victory Against the Mandate 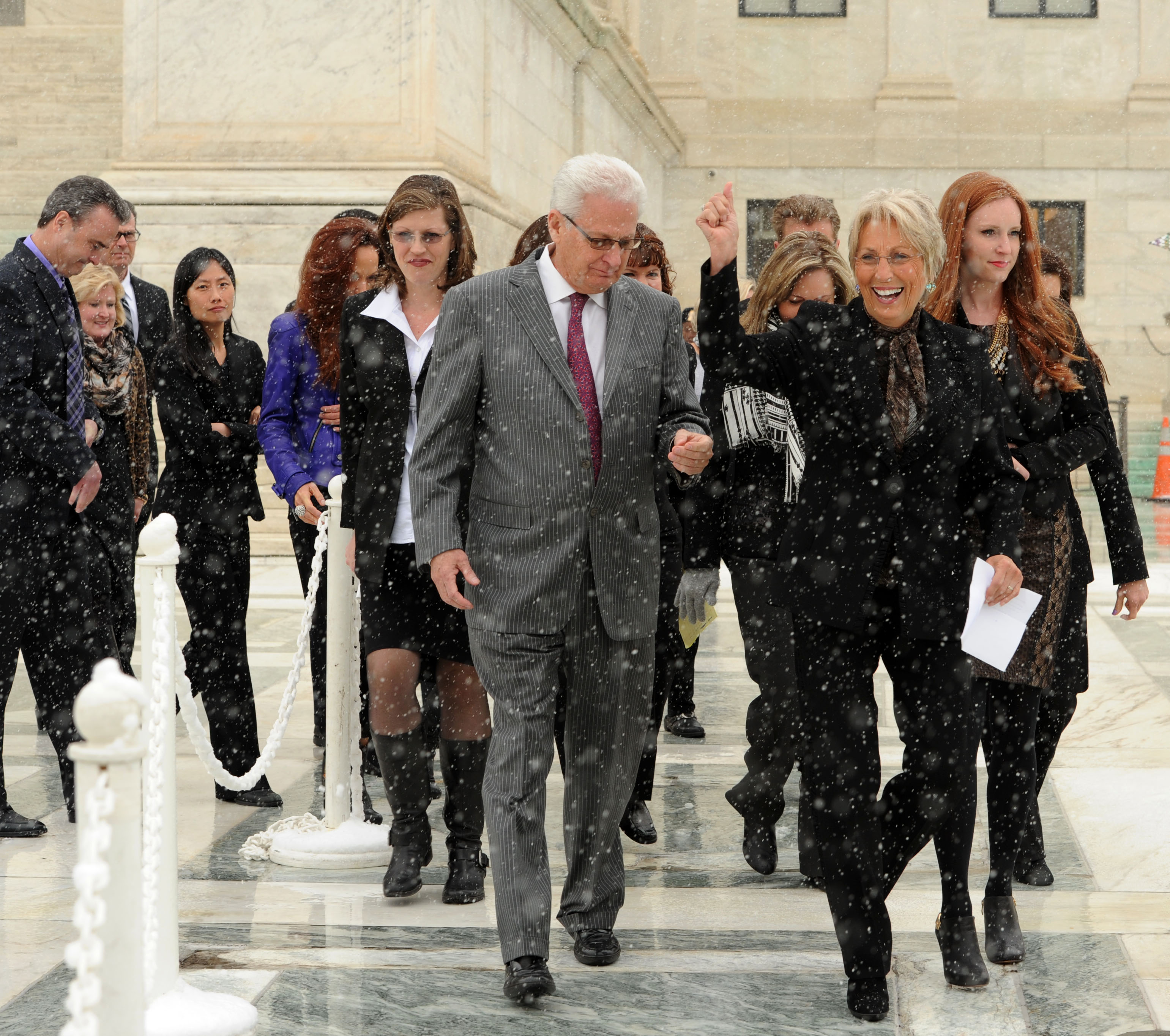 A family seeking the American Dream

David and Barbara Green founded Hobby Lobby in a garage. From the beginning, it has been a family business—David worked an extra job to support his family, Barbara mailed out orders, and their children glued picture frames at the kitchen table in exchange for money to buy baseball cards. Hobby Lobby has since grown from one 300-square-foot store to more than 700 stores across the country, becoming one of the nation’s leading arts and crafts retailers. Their success story is a true example of the American dream.

The Greens are devout Christians who seek to honor God by “operating their company in a manner consistent with Biblical principles.” All stores are closed on Sundays and only operate 66 hours per week to allow employees to spend evenings and Sundays with their families.  The Greens start all full-time hourly workers at more than double the federal minimum wage because they believe in treating people well.

A mandate that violates the Green family’s faith

In 2011, the government’s HHS Mandate required the Greens to provide insurance coverage for potentially life-terminating drugs and devices, contrary to the family’s religious convictions—or pay millions of dollars in fines to the IRS.

The Green family has no moral objection to 16 of 20 contraceptives required in the mandate, and Hobby Lobby has continued its longstanding practice of covering these drugs and services for their employees. However, the Greens could not provide or pay for four drugs and devices like the morning-after pill and the week-after pill. Covering these services would violate their deeply held religious belief that life begins at the moment of conception.

Becket leads the Green family to a Supreme Court victory

The Green family respects the rights of all Americans. But they believed that Hobby Lobby could not stay true to its mission while providing services that go against their beliefs. All they asked was that the government allow them to continue running their family business—providing quality jobs for the employees and quality products for their customers—according to their faith.

With the help of Becket, the Green family went to court to defend their rights and won, proving you don’t leave your religion at the door when you open a family business. After a two-year legal battle, on June 30, 2014, the U.S. Supreme Court granted a landmark victory for religious liberty, ruling 5-4 in favor of David and Barbara Green and their family business.

To hear the in-depth story, listen to our Stream of Conscience Podcast episode about this case, Pills and Principles.