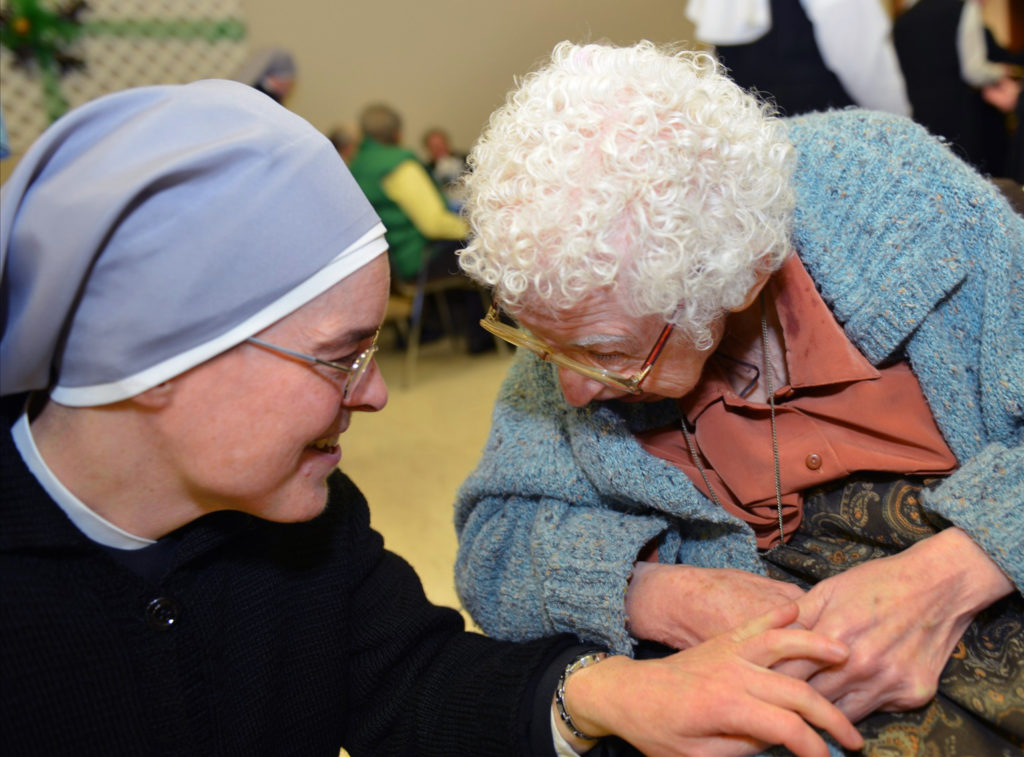 Washington, D.C. – Moments ago, in a departure from the U.S. Supreme Court’s protection of the Little Sisters of the Poor last year, the U.S. Court of Appeals for the Tenth Circuit ruled that the Little Sisters must comply with the government’s HHS mandate. This mandate forces religious ministries to violate their faith or pay massive IRS penalties (see video).

The following statement can be attributed to  Sr. Loraine Marie Maguire, Mother Provincial of the Little Sisters of the Poor:

As Little Sisters of the Poor, we simply cannot choose between our care for the elderly poor and our faith. And we should not have to make that choice, because it violates our nation’s commitment to ensuring that people from diverse faiths can freely follow God’s calling in their lives. For over 175 years, we have served the neediest in society with love and dignity. All we ask is to be able to continue our religious vocation free from government intrusion.

The following statement can be attributed to Mark Rienzi, Senior Counsel of Becket and lead attorney for the Little Sisters of the Poor:

We’re disappointed with today’s decision. After losing repeatedly at the Supreme Court, the government continues its unrelenting pursuit of the Little Sisters of the Poor. It is a national embarrassment that the world’s most powerful government insists that, instead of providing contraceptives through its own existing exchanges and programs, it must crush the Little Sisters’ faith and force them to participate. Untold millions of people have managed to get contraceptives without involving nuns, and there is no reason the government cannot run its programs without hijacking the Little Sisters and their health plan.

The Tenth Circuit heard oral argument in this case December of last year, when for the first time since the case began, Sr. Loraine Marie Maguire, Mother Provincial of the Little Sisters of the Poor, delivered a public statement on the case (see statement here).

Today the Tenth Circuit ruled that government can force the Little Sisters to either violate their faith or pay massive IRS penalties. The court held that participating in the government’s contraception delivery scheme is “as easy as obtaining a parade permit, filing a simple tax for, or registering to vote” and that although the Sisters sincerely believe that participating in the scheme “make[s] them complicit in the overall delivery scheme,” the court “ultimately rejects the merits of this claim,” because the court believes the scheme “relieves [the Little Sisters] from complicity.”

The Little Sisters and their attorneys are closely reviewing the court’s decision and will decide soon whether they must seek relief from the Supreme Court.

“We will keep on fighting for the Little Sisters, even if that means having to go all the way to the Supreme Court,” said Daniel Blomberg, Counsel at Becket.

All three ministries are also represented by Locke Lord LLP, the 2014 recipient of Becket’s legal service award. Kevin Walsh, a law professor at the University of Richmond Law School, also represents the Little Sisters of the Poor.

The Becket Fund for Religious Liberty is a non-profit, public-interest law firm dedicated to protecting the free expression of all religious traditions. For over 20 years, it has defended clients of all faiths, including  Buddhists, Christians, Jews, Hindus, Muslims, Native Americans, Sikhs, and Zoroastrians. Its recent cases include three major Supreme Court victories: the landmark ruling in  Burwell v. Hobby Lobby, and the 9-0 rulings in  Holt v. Hobbs  and  Hosanna-Tabor v. EEOC, the latter of which The Wall Street Journal called one of “the most important religious liberty cases in a half century.”