In a little-known case from 1977 called Trans World Airlines v. Hardison, the Supreme Court gutted civil rights protections for people of faith. Although federal civil rights law says that employers must “reasonably accommodate” the religious practices of their employees unless doing so imposes an “undue hardship” on the company, the Supreme Court reinterpreted federal law to allow employers to deny religious accommodations to their employees if the accommodation would impose anything more than a negligible cost or burden on the company’s operations. Since then, Hardison’s “de minimis test” has been used by large companies to deny even the most basic of religious accommodations for their employees—especially employees with minority religious beliefs. 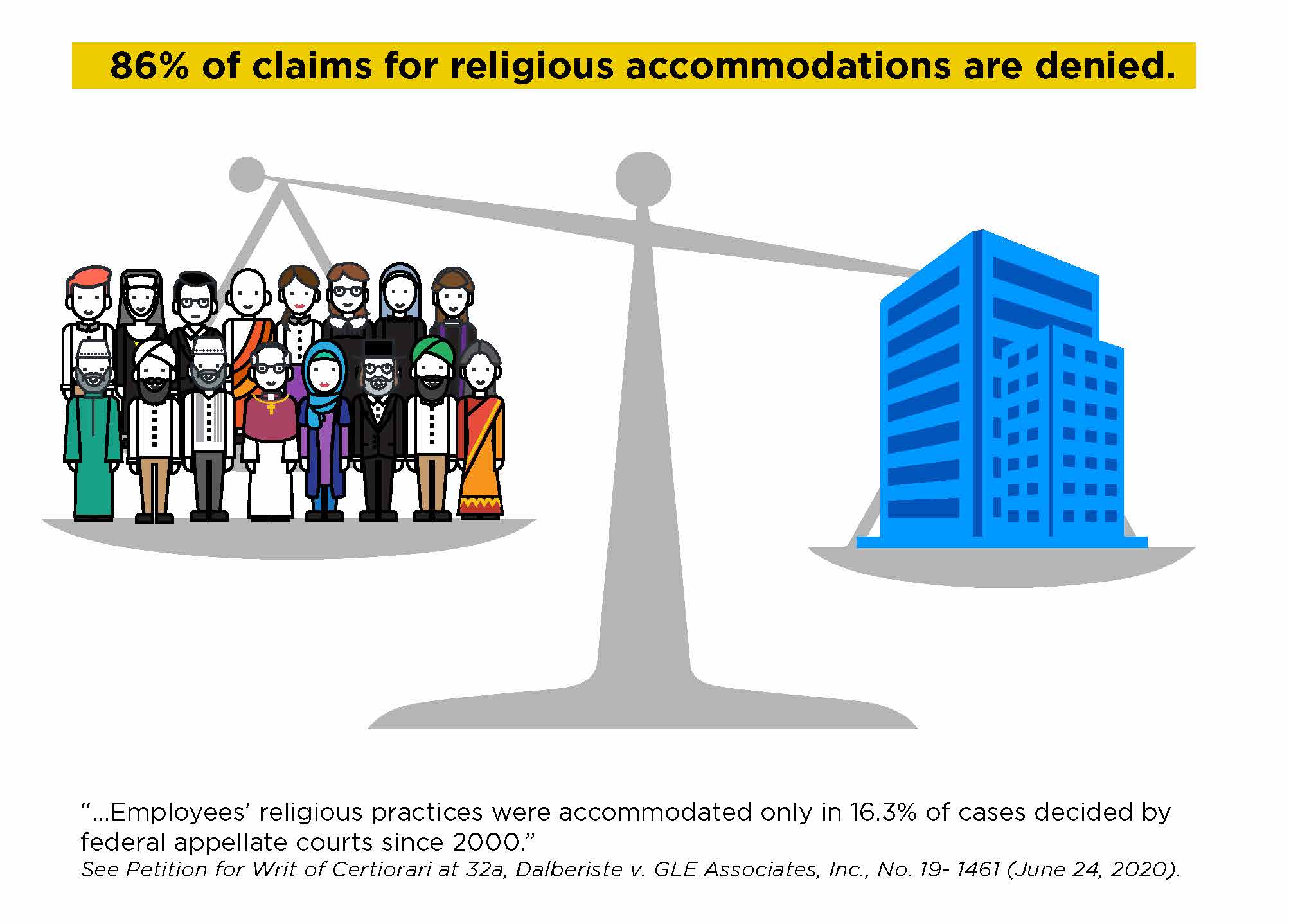 Becket takes up the fight

Because of Hardison, businesses have been able to discriminate against religious employees in ways that would be unthinkable for other protected classes (such as sex or disability). Members of minority faiths (and often people of color) are hit hardest by this Supreme Court decision, as their religious exercise—including which holy days they celebrate, how they must dress, when they must pray, and what they can eat—are different from the religious practices that have predominated in this country for over two centuries. For example, Saturday Sabbath observers (like Seventh-day Adventists or Orthodox Jews) often face discrimination or job loss when they tell their employer that they cannot work on Saturdays; while, even today, it is common for many employers to close or offer Sunday Sabbath accommodations.

Becket has spearheaded the fight to get the Supreme Court to revisit Hardison. First, Becket started with a friend-of-the-court brief filed in EEOC v. Abercrombie, a case involving Samantha Elauf, a Muslim woman who was fired from Abercrombie & Fitch because her district manager believed that her headscarf might conflict with the store’s dress code policy—even though the store had made exceptions for religious headwear in the past. Becket’s brief argued in favor of Title VII protections for Samantha, resulting in a win at the Supreme Court which strengthened protections for religious employees in the workplace, but that did not address Hardison.

In January 2019, the Supreme Court decided not to hear Kennedy v. Bremerton School District, a case about whether a high school football coach (Coach Kennedy) wrongfully lost his job for praying silently on the 50-yard line after each football game. While the Court denies thousands of petitions each year, this denial was different. Justices Alito, Thomas, Gorsuch, and Kavanaugh issued a statement regarding the denial of the petition.

These four Justices signaled dissatisfaction with Hardison. As they explained, Kennedy addressed only the Free Speech Clause. This decision to focus on speech, and not on Coach Kennedy’s religious exercise, the Justices speculated, “may be due to certain decisions of this Court” which could make bringing Free Exercise claims more difficult. Among these, the Justices cited Hardison, explaining how the case severely, and improperly, limited protections for religious employees under federal law.

Indeed, several Justices have subsequently indicated that Hardison should be reconsidered. In February 2020, concurring in the denial of certiorari in Patterson v. Walgreen, Justice Alito, joined by Justices Thomas and Gorsuch, stated that “review of the Hardison issue should be undertaken when a petition in an appropriate case comes before us.” And again, on April 5, 2021, after having considered for several weeks another certiorari petition challenging Hardison, the Supreme Court decided not to review the case, citing a procedural defect in the petition. But Justice Gorsuch indicated that he strongly favored revisiting Hardison, explaining: “There is no barrier to our review and no one else to blame. The only mistake here is of the Court’s own making—and it is past time for the Court to correct it.” 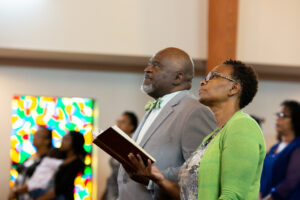 Recognizing both the importance of this issue to religious employees and the Supreme Court’s interest in reconsidering Hardison, the Becket Fund has sought to present the Court with the right case to address this very issue—to reconsider the misguided decision in Hardison and to ensure that religious employees are protected in the workplace.

In September of 2019, Becket appealed to the Supreme Court in Patterson v. Walgreens, a case asking the Court to revisit Hardison. This case involving Darrell Patterson, a dedicated Walgreens employee and devout Seventh-day Adventist. Patterson had worked out an arrangement with his supervisor that allowed him to observe the Seventh-day Adventist Saturday Sabbath. But after Walgreens violated an Alabama pharmacy law, company executives set up an emergency training session on a Saturday. Patterson was not able to attend due to his religious observance, and Walgreens ultimately fired him. Forced to choose between his faith and feeding his family, Patterson took Walgreens to court for religious discrimination. The Supreme Court declined to hear the case. 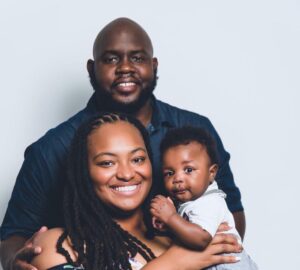 In 2020 Becket took on another case, Dalberiste v. GLE Associates. Mitche Dalberiste, also a practicing Seventh-day Adventist, requested a scheduling accommodation from GLE Associates, his new employer. Instead of arranging for a schedule that respected his faith, they rescinded his job offer. Mr. Dalberiste brought suit against GLE Associates under Title VII, but lower courts deferred to Hardison and refused to grant Mr. Dalberiste any relief. The Supreme Court again declined to take up the case.

Becket is currently asking the Supreme Court to hear another case, Hedican v. Walmart. Becket’s client, Ed Hedican, was forced to choose between his faith and his career when Walmart withdrew the offer of a salaried Assistant Manager position unless Mr. Hedican was willing to work on his Sabbath—which, as a Seventh-day Adventist, Hedican was unable to do. Even though Mr. Hedican was eager to work out an agreement with the company, Walmart (the largest private employer in the United States) argued that it would suffer an “undue hardship” if it was required to offer even the least burdensome of accommodations (such as voluntary shift-swapping) to Mr. Hedican and instead denied him the job. Now, Mr. Hedican is asking the Supreme Court to revisit the Hardison standard to ensure that Americans of faith don’t have to compromise their beliefs to earn a paycheck.