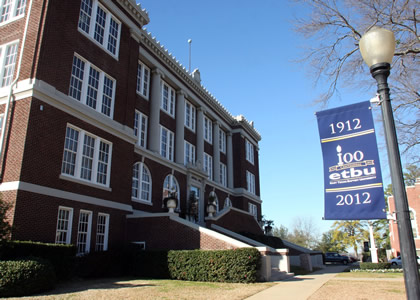 Washington, D.C. – Today a Houston federal court delivered a major blow to the controversial HHS mandate ruling in favor of East Texas Baptist University and Houston Baptist University.  In a 46-page opinion, the court ruled that the federal mandate requiring employers to provide employees with abortion-causing drugs and devices violates federal civil rights laws, and issued an injunction against the mandate. Religious plaintiffs have now won injunctions in 9 out of 12 such cases involving non-profit entities challenging the mandate.

“The government doesn’t have the right to decide what religious beliefs are legitimate and which ones aren’t,” said Eric Rassbach, Deputy General Counsel at Becket, and lead attorney for East Texas Baptist and Houston Baptist Universities. “In its careful opinion, the Court recognized that the government was trying to move across that forbidden line, and said “No further!”

In its opinion, the federal court specifically rejected the government’s argument that it evaluate the Universities’ beliefs: “The religious organization plaintiffs have shown a sincerely held religious belief that the court cannot second-guess.”

The decision is part of a recent groundswell of cases decided against the government. In nine of the twelve cases decided thus far, federal district courts across the country have issued injunctions against the mandate.

“The government has enforced the health care reform law very unevenly, handing out exemptions to those it sees as its allies,” stated Rassbach. “Perhaps the worst part of the government’s approach is that it seems to have decided that religious institutions are the only ones not to get an exemption.”

Also participating as plaintiff in the case is Westminster Theological Seminary, a Reformed Protestant seminary based in Philadelphia. Westminster is represented by Kenneth Wynne of Wynne & Wynne, LLP.

Two HHS mandate cases involving for-profit plaintiffs – Hobby Lobby and Conestoga Wood – are set to be argued before the Supreme Court in March.