In August 2011, the Department of Health and Human Services issued a federal mandate that required employers to provide services like the week-after pill in their health insurance plans. The HHS mandate forced religious groups including Belmont Abbey College, a Catholic school founded by Benedictine monks, to either violate its beliefs or pay crippling fines. With Becket's help, in November 2011 Belmont Abbey challenged the federal government in federal court.

After joining a class-action lawsuit, Belmont Abbey College voluntarily dismissed their own case in November 2014. 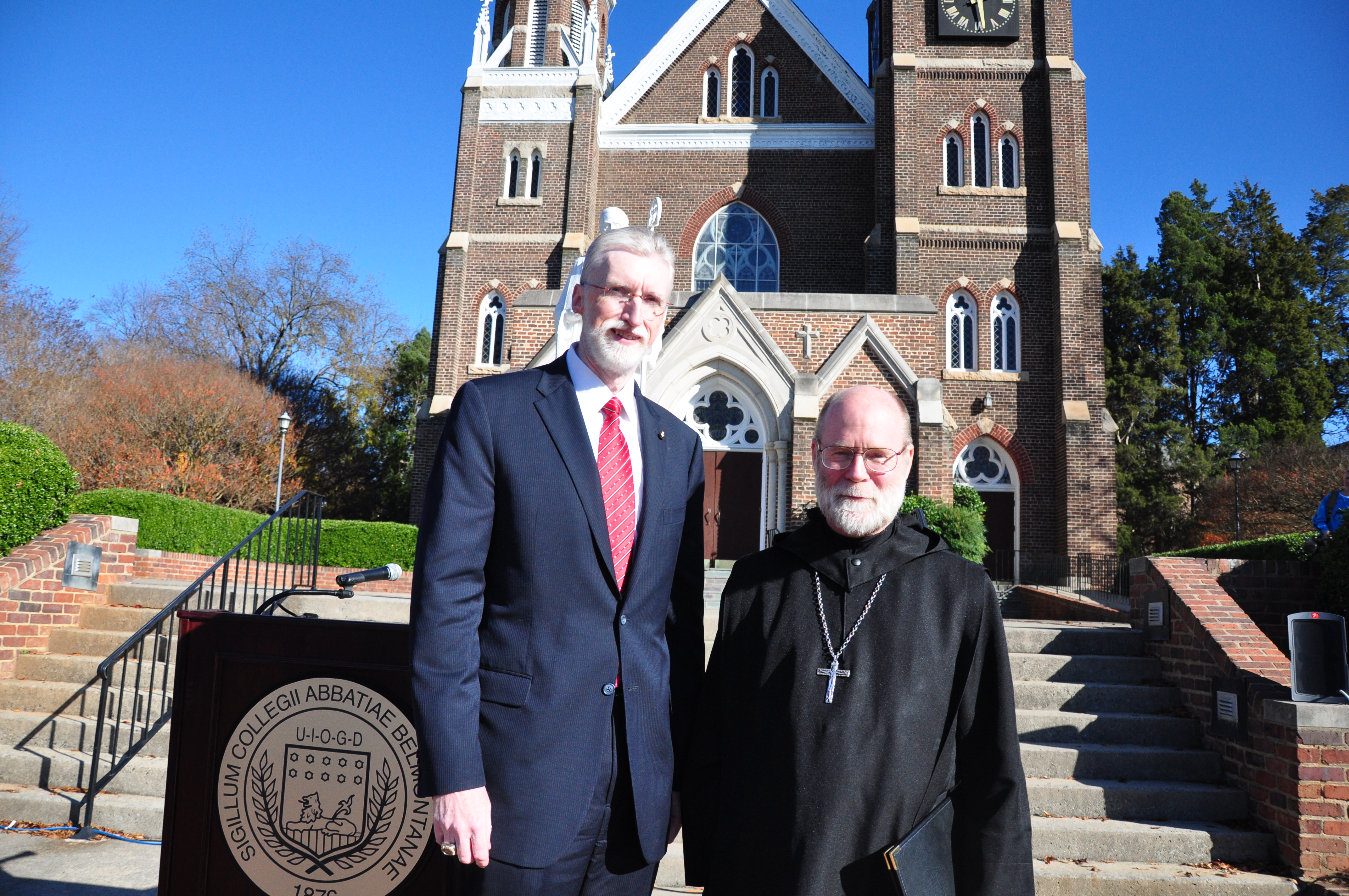 Founded by Benedictine monks, Belmont Abbey College celebrates a rich thousand-year-old monastic tradition of dedicated prayer and learning. Since 1876, the college has striven to carry out a clear mission: “That in all things God may be glorified.” But in 2011, Belmont Abbey’s right to live out its Catholic values was threatened by the federal government.

A new federal mandate by the Department of Health and Human Services (HHS) required the Catholic college to provide services such as the week-after pill in its insurance plans. The HHS mandate forced Belmont Abbey to either violate the Catholic values that drives its mission or pay massive fines to the IRS.

As a Catholic liberal arts college, Belmont Abbey upholds the teachings of the Catholic Church, including the respect for all human life. Participating in a system to provide services such as contraception, sterilization, and abortion pills would contradict the Catholic mission it seeks to advance.

Although the government exempted certain religious employers, the requirements were extremely narrow, limited only to religious employers who primarily serve and employ those of their same faith. Belmont Abbey had no choice but to go to court to defend its right to remain true to its Catholic convictions. With Becket’s help, Belmont Abbey challenged the HHS mandate in federal court in November 2011.

In September 2012, the US Court of Appeals for the DC Circuit, granted a motion for expedited appeal. In December, the court handed an intermediate victory to Belmont Abbey when it commanded HHS to act quickly to fix the HHS Mandate. But after the government’s new promised accommodation still infringed on the Catholic university’s beliefs, Becket refiled Belmont Abbey’s lawsuit in November 2013. In January 2014, the D.C. Circuit stayed the case pending decisions in similar cases before the same court.

After joining a class-action lawsuit, Belmont Abbey College voluntarily dismissed their own case in November 2014.

On October 6, 2017, Health & Human Services issued a new rule with an exemption that protects religious ministries, in compliance with the Supreme Court’s 2016 ruling and a Presidential Executive Order. In its new rule, the government admitted that it broke the law by trying to force religious groups to provide services in their health plans that violated their religious beliefs like the week-after pill. On November 7, 2018, the government finalized that rule, continuing to protect religious ministries.