In 2008, the federal government knowingly bulldozed a Native American sacred site to add a turn lane to a nearby highway—even though the government admitted it could have added the turn lane without harming the sacred site. The site, known as Ana Kwna Nchi Nchi Patat (the “Place of Big Big Trees”), included ancestral burial grounds, old-growth trees, and a small stone altar that served as a focal point for religious ceremonies. Native Americans who had worshipped at the site for decades sued, alleging that the destruction of their sacred site violated federal laws protecting religious freedom. They are asking the federal courts to hold the federal government accountable for destroying the sacred site and to order the federal government to repair the site as much as possible—such as by restoring the burial ground, replanting trees, and allowing them to rebuild the stone altar.

Becket filed a petition to the United States Supreme Court, asking them to protect Native American sacred land, just as any church, synagogue or mosque would be protected. 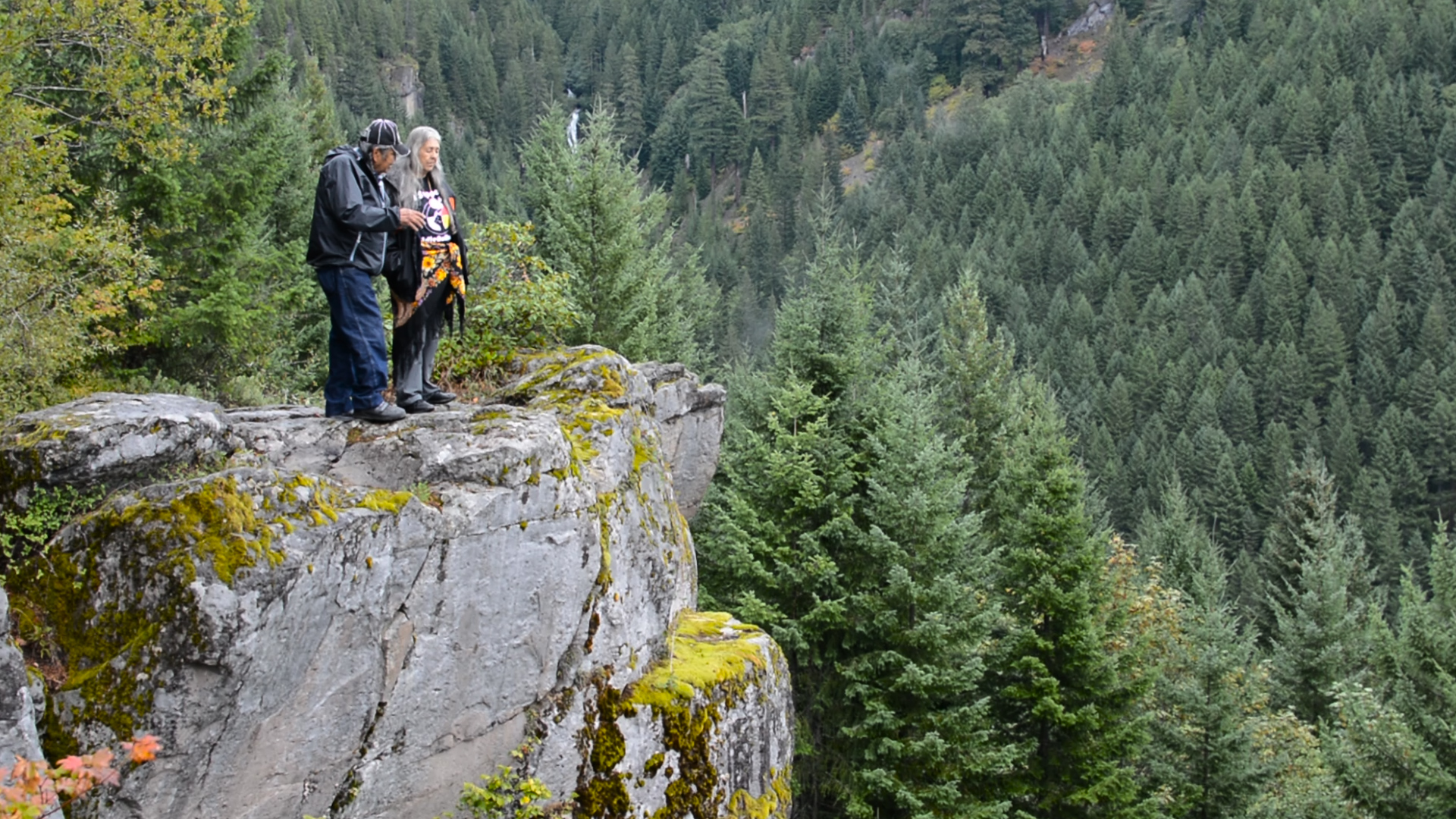 Members of the Confederated Tribes and Bands of the Yakama Nation and the Confederated Tribes of Grand Ronde have lived in the areas surrounding Mount Hood for centuries. Sacred land nearby, known as Ana Kwna Nchi Nchi Patat, or the Place of Big Big Trees, has been used for religious ceremonies and sacred burials since long before this nation was founded.

For decades, Hereditary Chief Wilbur Slockish and Carol Logan, a spiritual practitioner and elder in her tribe, have visited the land to pray, meditate and pay respects to their ancestors through memorial ceremonies. As leaders in their community, their role of protecting the land and preserving their traditions is of utmost importance.

In 2006, the U.S. Federal Highway Administration announced a project to expand U.S. Highway 26, which runs between Mount Hood and Portland in Oregon. The Native leaders alerted government officials to the importance of the burial grounds, as tribe members had done in the past when the government announced expansion plans. Yet, this time, the government refused to listen.

In 2008, ignoring the tribe members’ objections, government officials bulldozed the ancestral burial grounds. Although the government left the other side of the highway untouched—protecting nearby wetlands and a tattoo parlor—it destroyed ancestral grave sites, dismantled a sacred stone altar, and removed safe access to the sites.

In October 2008, Chief Slockish and Carol Logan, together with the Cascade Geographic Society, the Mount Hood Sacred Lands Preservation Alliance, and the late Hereditary Chief Johnny Jackson, sued the government, relying on the Religious Freedom Restoration Act (RFRA) and the Free Exercise Clause of the U.S. Constitution. After two-and-a-half years of negotiations between the tribe members and the government, negotiations failed.

In 2015, the tribe members returned to court. In October 2017, an important hearing was held in which the tribe members asked the court to find that the destruction of their sacred site substantially burdened their religious practices. Sadly, the tribes were denied justice when the judge ruled that RFRA did not apply to the case and the government was free to bulldoze sacred Native American burial grounds and destroy sacred artifacts if it occurred on federal land.

On October 3, 2022, Becket asked the United States Supreme Court to reverse the Ninth Circuit’s ruling and hold the federal government accountable for needlessly destroying their sacred land. Our petition to the Court emphasizes that RFRA protects Native American sacred land just as it protects churches, synagogues, mosques and other places of worship.

The tribe members are represented by Becket together with Keith Talbot of the Seattle-based law firm, Patterson Buchanan Forbes & Leitch.