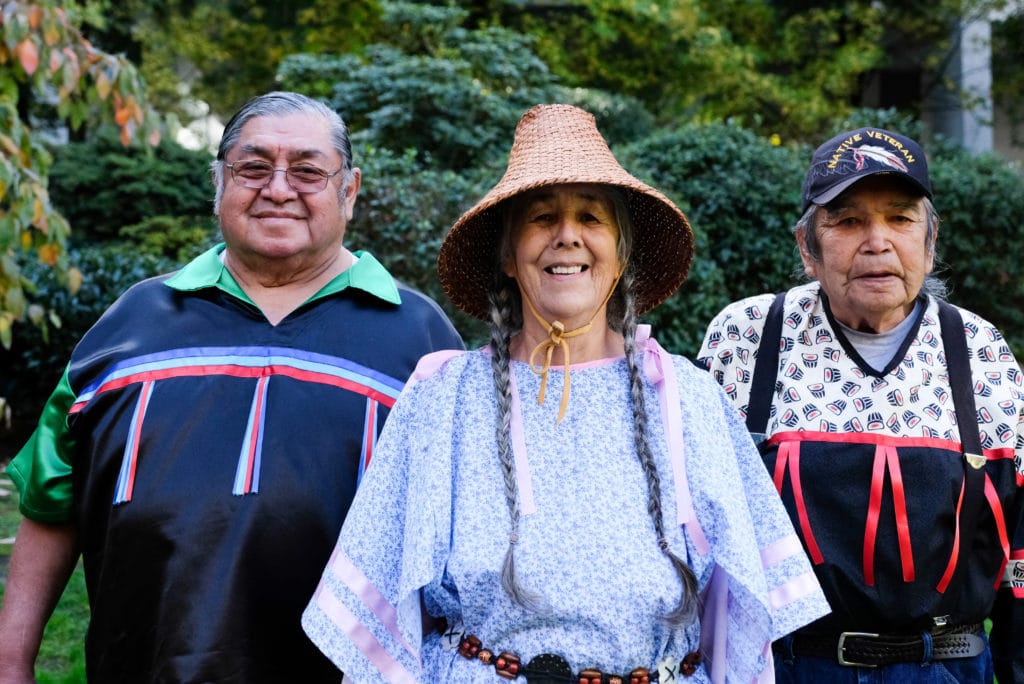 WASHINGTON, D.C. – Members of the Klickitat and Cascade Tribes went to court this morning, asking for justice after the government needlessly bulldozed their sacred burial grounds for a highway widening project (watch video). Following years of failed negotiations in Slockish v. U.S. Federal Highway Administration, the government refuses to return the Tribes’ sacred artifacts or allow the tribes to return and rededicate the site. Today in court, the tribes argued that enough is enough.

The highway project, begun in 2008, destroyed a sacred site located off Highway 26 near Mount Hood that included a stone altar, ancient burial grounds, a campground, and trees and medicine plants used for religious rituals. The tribes argued in court today that the Government could have widened the highway and simultaneously protected the sacred site by widening the opposite side of the road or using a retaining wall—as it did to protect nearby wetlands and a tattoo parlor.

“The government has been destroying sacred Native American land for far too long,” said Carol Logan, elder of the Confederated Tribes of Grande Ronde. “All we want is to practice our faith as our tribes have for centuries. We are hopeful that justice will be served and that our sacred spaces will at least be given the same protection as tattoo parlors.”

Native Americans have lived in the areas surrounding Mount Hood for centuries. It has been the center of tribal quests, spiritual rituals, and sacred burial ceremonies long before this nation was founded. In 2006 the Oregon Department of Transportation announced a project to expand U.S. Highway 26, which follows portions of a traditional Native American trading route from Portland to Mount Hood. Tribal members alerted officials to the importance of the burial grounds as tribal members had done prior to previous government expansion plans. Yet this time the government refused to listen and approved the project, which bulldozed the ancestral burial grounds. Although the government left the other side of the highway untouched, the highway expansion covered the Natives’ ancestral grave sites, destroyed sacred stone markers, and removed safe access to the sites.

The tribes are seeking justice under the Religious Freedom Restoration Act, the same law relied on by the Supreme Court to protect the Green family of Hobby Lobby and the Little Sisters of the Poor, to ensure that sacred places are respected for people of all faiths.

“The saddest thing about this case is that this destruction never had to happen. The government had numerous alternatives for widening the highway without harming the sacred site,” said Stephanie Barclay, counsel at Becket. “The court did not seem to take kindly to the government’s extreme argument that it can destroy Native American sacred spaces with impunity.”

Wilbur Slockish, Johnny Jackson, and Carol Logan are joined in their lawsuit by the Cascade Geographic Society and the Mount Hood Sacred Lands Preservation Alliance. They are represented by Becket, together with Seattle-based law firm Patterson Buchanan Fobes & Leitch and Oregon City attorney James Nicita.