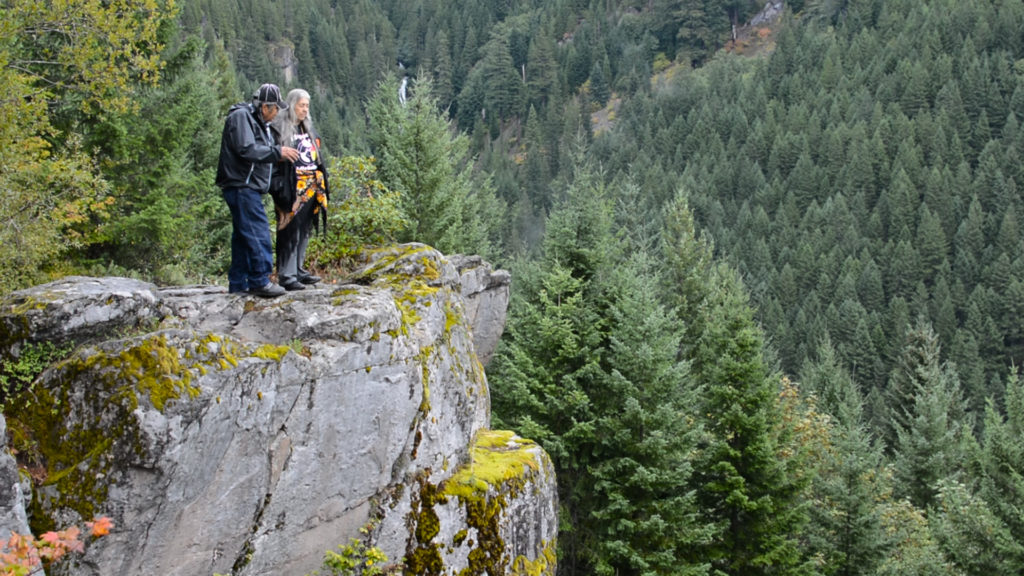 WASHINGTON, D.C. – Native Americans in Oregon asked a federal court late Monday for justice after the government needlessly bulldozed their sacred burial ground during a highway widening project near Mount Hood. The project destroyed a stone altar, burial ground, campground, trees, and medicine plants used for religious rituals by members of the Confederated Tribes and Bands of the Yakama Nation, and the Confederated Tribes of Grande Ronde (watch video).

The government could have easily widened the highway and simultaneously protected the sacred site by widening the opposite side of the road or using a retaining wall—as it did to protect nearby wetlands and a tattoo parlor. But in 2008, the government ignored the tribal members’ request and destroyed one of their most sacred places. After years of failed negotiations, the government refuses to even remediate the site or return sacred artifacts. The tribal members now seek a ruling under the Religious Freedom Restoration Act, the same law relied on by the Supreme Court to protect the owners of Hobby Lobby and the Little Sisters of the Poor.

“When it’s an endangered species, wetlands, or even a nearby tattoo parlor, the government finds a way to protect it; but when it’s a Native American sacred site, they unleash the bulldozers and chainsaws,” said Luke Goodrich, deputy general counsel at Becket, the non-profit religious liberty law firm. “After taking this land from the tribes in 1855, the government now has the gall to claim that it can destroy it because it is ‘government land.’ But it’s not 1855 anymore.”

Plaintiffs Wilbur Slockish and Johnny Jackson are Hereditary Chiefs of the Klickitat and Cascade Tribes of the Yakima Nation. They are direct lineal descendants of a chief named Sla-kish—who was the last chief to sign the Yakama Treaty of 1855 and did so under protest. Plaintiff Carol Logan is an enrolled member of the Confederated Tribes of Grande Ronde.

“To me, this site was like a church. One that never had walls, or a roof, or a floor, but it was still just as sacred,” said Chief Jackson of the Cascade Tribe of the Yakima Nation. “If the government can callously destroy our place of worship, it could do the same to any other group.”

Wilbur, Johnny, and Carol are joined in their lawsuit by the Cascade Geographic Society and the Mount Hood Sacred Lands Preservation Alliance. They are represented by Becket, together with Seattle-based law firm Patterson Buchanan Fobes & Leitch and Oregon City attorney James Nicita.