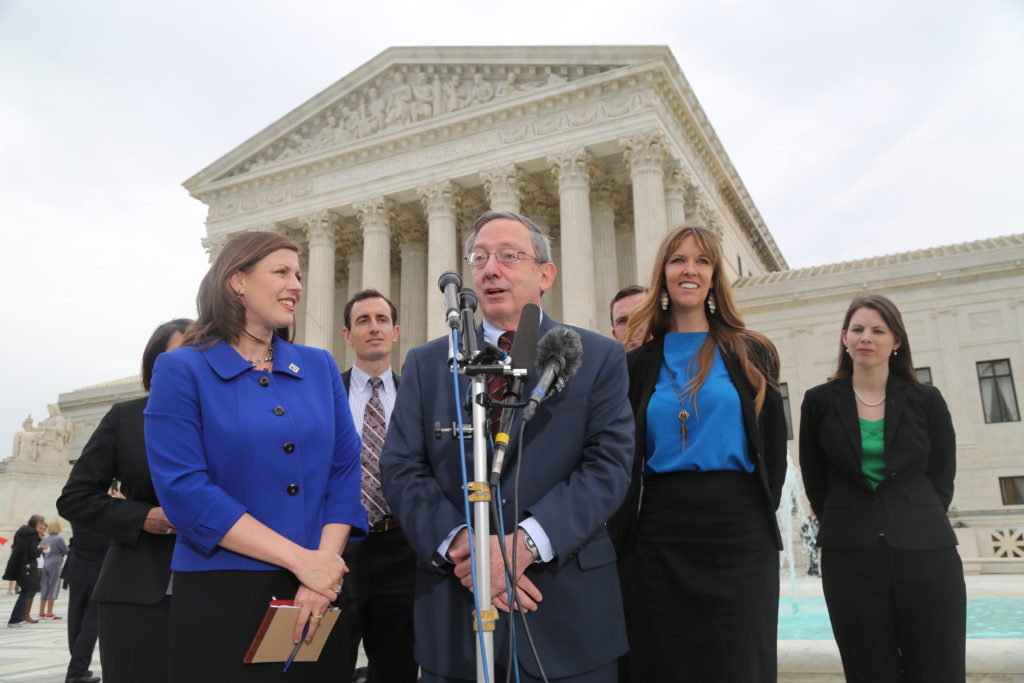 Washington, D.C. – Can prisons ban peaceful religious expression? That was the question before the U.S. Supreme Court this morning as the justices heard oral argument in Holt v. Hobbs.

At issue is whether the Arkansas prison system’s refusal to allow the peaceful wearing of a half-inch beard violates a federal civil rights law, the Religious Land Use and Institutionalized Persons Act (RLUIPA).

“Arkansas already allows inmates to grow beards for medical reasons, and a half-inch beard is permissible in over 40 state and federal prison systems,” said Hannah Smith, Senior Counsel for Becket representing Mr. Muhammad. “This is precisely the kind of religious exercise Congress meant to protect when it passed RLUIPA.”

A broad range of groups support Becket’s client, including the U.S. Government, the American Civil Liberties Union (ACLU), the U.S. Conference of Catholic Bishops, the Orthodox Union, Sikhs, Hindus and other religious and civil rights groups.

“The broad-based support among such diverse groups in this case shows that religious liberty remains one of the unifying ideals of America,” said Smith. “Under federal law, prison officials cannot impose unnecessary restrictions on religious liberty. While prisoners do surrender many rights at the jailhouse door, they do not surrender the fundamental right of conscience.”

On June 28, 2011, Mr. Muhammad, representing himself, filed a lawsuit seeking the ability to wear a half-inch beard in accordance with his faith. After losing in federal trial court and in the Eighth Circuit Court of Appeals, he then submitted a handwritten petition for an injunction to the Supreme Court, which agreed to hear his appeal in full. Today Mr. Muhammad was represented by Professor Douglas Laycock of the University of Virginia School of Law and Becket.

For more information, or to arrange an interview with one of the attorneys handling this case, please contact  Melinda Skea, media@becketlaw.org, 202.349.7224.