During the ongoing COVID-19 crisis, the Roman Catholic Archdiocese of Washington has been a safe haven to its more than 655,000 parishioners. When the pandemic struck, Catholic Charities scaled back its services and ramped up its charitable efforts, serving more than a million meals since the beginning of the pandemic and temporarily closing in-person worship. Since reopening in the summer, the Archdiocese has carefully abided by a strict preparedness plan that has resulted in no known COVID-19 outbreaks.

Despite no known cases, Mayor Muriel Bowser declared during Thanksgiving week that worship services would all be capped at no more than 50 people, while allowing fitness centers, big box retails stores, and other establishments to operate at a fixed percentage of their normal occupancy. This meant that only fifty people could worship in the largest Catholic Church in United States – the Basilica of the National Shrine of the Immaculate Conception – but filling it with exercise machines instead of pews would allow more than 600 people to attend.

This strict restriction banned many Catholics in the D.C. area from celebrating their most important sacrament—the Holy Eucharist—which led the Archdiocese to ask the Mayor to allow its flock to worship with more reasonable restrictions in place. Its pleas were ignored. Faced with no other option, On December 11, the Archdiocese filed suit in hopes of finding a fair accommodation in time for Christmas.

On March 25, 2021, a federal judge ruled against D.C.’s arbitrary caps, allowing the Basilica and other Catholic churches in the Archdiocese to welcome as many of their parishioners as could safely attend to joyous Easter services. D.C. then ended its attempts to regulate worship and the case was settled. 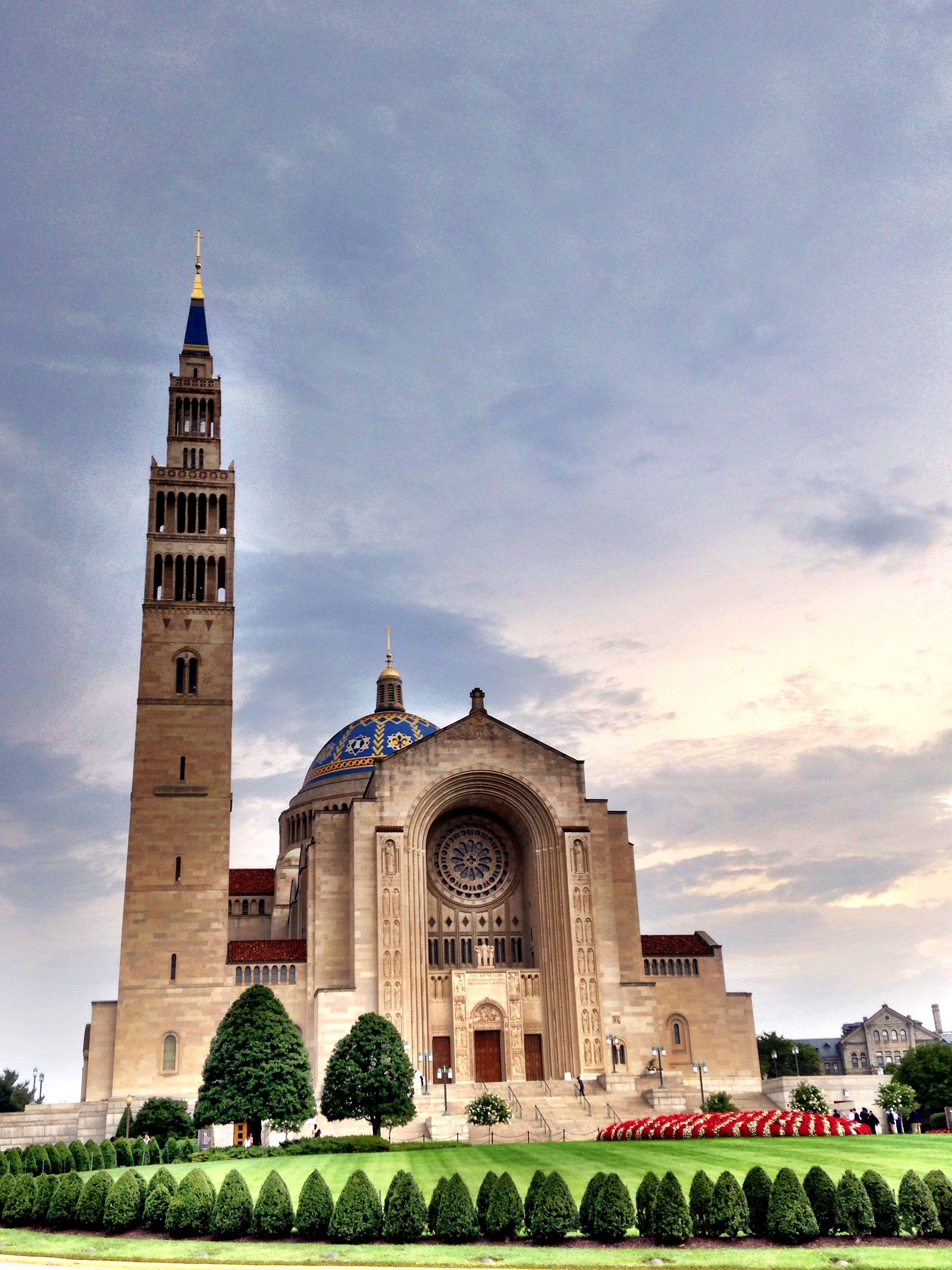 A beacon of hope in dark times

The Catholics of the D.C. area have served others since 1794. Just as it had during past crises, the Archdiocese of Washington rose to meet the challenges of the COVID-19 pandemic. In March, it voluntarily suspended worship services, but its charitable arm, Catholic Charities, worked ceaselessly, providing over 1 million meals as the crisis increased need, with a Catholic Charities in Columbia Heights now serving 650 people a week, up from the 40-person pre-pandemic weekly average.

When the Archdiocese reopened churches in the summer, it instituted a series of stringent preventative measures to ensure its worship services were not virus spreading events. The Archdiocese’s plan – which was devised from the gold-standard recommendations of doctors at top universities and hospitals – was extremely effective, and although thousands of Masses have been celebrated since Catholic churches in the diocese have reopened their doors, they have not resulted in a single known COVID outbreak.

No room for worshipers in the church?

During the week of Thanksgiving, D.C. Mayor Muriel Bowser issued an executive order that lowered in-person attendance at church services to a hard cap of 50 people. When the new order went into effect on the day before Thanksgiving, it did not hamper the operations of restaurants, retail chains, public libraries, or many other establishments. However, it impacted the Archdiocese severely. Half of the Archdiocese’s churches in Washington, D.C., can accommodate 500 people, and the largest Catholic church in the United States, the Basilica of the National Shrine of the Immaculate Conception, is located in the District. These churches have more than enough room to hold hundreds of worshippers safely while following the social-distancing and disinfection protocols that have proven to be effective. And if the Basilica were a gym instead of a church, the executive order would allow it to bring in 600 people – but because it was a church, it is subjected to the same fifty-person cap that much smaller buildings were.

However, when the Archdiocese repeatedly reached out to the Mayor to request a more reasonable regulation, it was rebuffed. With Christmas just around the corner, the Archdiocese brought the case to a federal court, in hopes of finding a more equitable treatment for the Archdiocese’s 655,000 parishioners in time for Christmas. In response to the litigation, the Mayor agreed to raise the cap for houses of worship to 250 people, and a federal judge later struck the arbitrary caps down, finding that they did not have “adequate consideration for constitutional rights.”

The Archdiocese of Washington is represented by Becket and Jones Day LLP.