It was supposed to be like any other house of worship. In 2010, a Muslim community in Murfreesboro, Tennessee, began building a mosque and community center to accommodate its growing congregation. Little did they know, their innocuous plans would incite a maelstrom of violence, hostility, and an ugly legal battle. The congregation suffered vocal protests, vandalism, arson, and even a bomb threat, finally culminating in a heated lawsuit brought by hostile residents. In 2014, Becket successfully defended the Muslim congregation’s right to worship in its newly built mosque—just in time for Ramadan.

In June 2014, the Supreme Court rejected the mosque opponents’ final appeal, preserving Becket’s victory and ensuring that the Islamic Center of Murfreesboro is free to continue worshipping at its newly built mosque.

Becket Memo in Support of Islamic Center of Murfreesboro 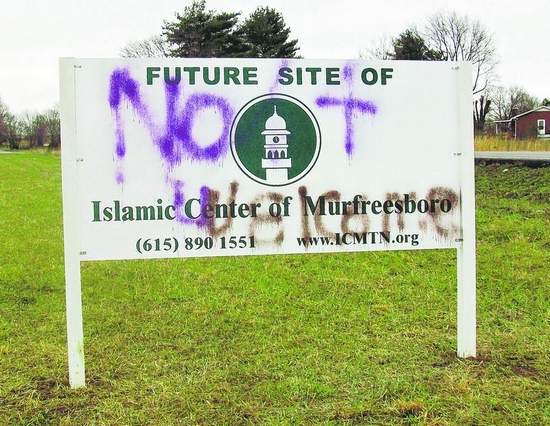 A faithful congregation outgrows its mosque

For 30 years, the Islamic Center of Murfreesboro offered worship services, religious education, and community service in Rutherford County, Tennessee. As its congregation grew, the mosque’s 2,100 square foot space became too small for the hundreds of families and local college students it served. In 2010, the congregation obtained county approval to begin building a larger community center for religious ceremonies and other events.

Religious hostility and a heated lawsuit

After construction began, the congregation faced vocal protests from local residents who claimed, among other things, that Islam is not a religion, and that the First Amendment doesn’t protect Muslims. Unfortunately, these hostile words were also backed by acts of violence—including vandalism, arson, and even a bomb threat that ended in a federal indictment.

Hostility to the mosque culminated in a lawsuit led by local residents. Although the mosque was approved at a typical meeting of the county planning commission in 2010—the same way the county had approved the last twenty local churches—the judge ruled that the mosque should be subject to a heightened legal standard, due to “tremendous public interest.”

The case was urgent—the congregation wanted to be allowed to use its mosque in time to celebrate Ramadan, the holiest time in the Muslim calendar.

So Becket filed a federal lawsuit seeking an emergency order allowing the congregation to use its mosque. We argued that subjecting the mosque to a higher legal standard than a Christian church violates the Free Exercise and Equal Protection Clauses of the Constitution.

In July 2012, Chief Judge Todd Campbell of the Nashville federal district court ruled in our favor, saying that Rutherford County, Tennessee, must allow the Islamic Center of Murfreesboro to complete the inspection process so it can use its mosque building in time for the religious holiday of Ramadan. Finally, in August 2012, members of the Islamic Center used their newly built mosque for prayer services for the first time. And in June 2014, the Supreme Court rejected the mosque opponents’ final appeal, preserving Becket’s victory and ensuring that the Islamic Center of Murfreesboro is free to continue worshipping at its newly built mosque.

To hear the full story and learn more about this case, listen to Becket’s Stream of Conscience Podcast episode, “Permits and Prejudice”.