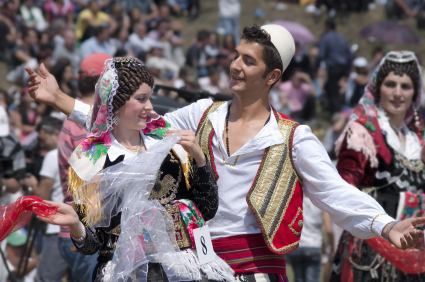 For years, the Township of Wayne, New Jersey blocked the Albanian Associated Fund (AAF), a Muslim congregation, from building a mosque. The congregation’s efforts were opposed by a so-called “Property Protection Group” in the community, who labeled the mosque a “public nuisance.” Instead of protecting the First Amendment rights of the congregation, Wayne Township suddenly decided that it needed to seize the future home of the mosque for “open space.”

In July 2006, Becket, along with Roman P. Storzer of Storzer & Greene, filed a federal lawsuit on behalf of AAF against the Township of Wayne, for violating the Constitution as well as the federal Religious Land Use and Institutionalized Persons Act of 2000 (RLUIPA). The lawsuit, filed in New Jersey district court, was filed to stop the Township from using eminent domain to seize AAF’s property. A federal judge sided with Becket, preventing the Township from seizing the property, and protecting the mosque’s right to build.

“This is a great victory in the battle for the rights of religious organizations of all faiths,” said Kevin ‘Seamus’ Hasson, Founder of Becket, “However, the greater war will continue until local governments learn that the Constitution prohibits this type of eminent domain abuse.”

“It is wonderful to see the courts in this country protect religious freedom,” said Atmi Kurtishi, president of the Albanian Associated Fund. “But we couldn’t have done it without Roman Storzer and Becket.”