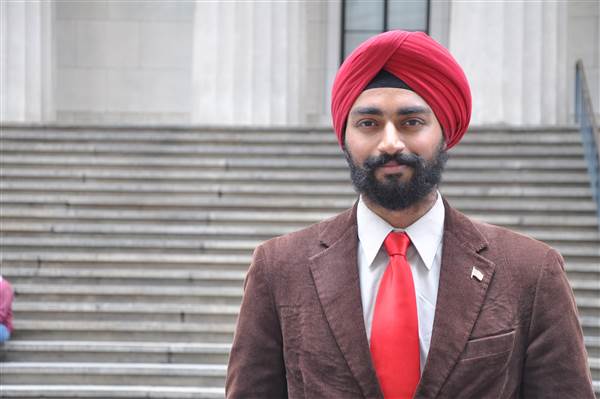 The Guru Nanak Sikh Society began its effort to build a Sikh temple when it applied for a conditional use permit for a property it owned  in Yuba City, California. The site was located in a residential zone designated for large lot single family homes, where the zoning ordinance permits churches and other religious institutions only with a conditional use permit.

County staff found that the project would be consistent with the county’s general plan and recommended approval of the application with conditions that would minimize potential conflicts with residences in the area. But on April 4, 2001 the County Planning Commission voted unanimously to deny the CUP application, responding to complaints from neighbors regarding “noise and traffic.”

So the Guru Nanak Sikh Society began searching for a different property. In 2002 they bought property in an area of the county zoned for agricultural land. The  Society applied for a conditional use permit seeking approval for expansion and use of an existing house as a Sikh temple. As with the previous application, the Society stipulated that no more than 75 people would occupy the facility at any one time.

Once again, the county staff found the proposed use consistent with the county’s general plan and recommended approval of the application. But once again, neighbors complained, citing traffic and property value concerns. This time, however, the Planning Commission approved the CUP on a vote of 4-3.

On August 19, 2002, represented by Michael Barrette, the Guru Nanak Sikh Society filed suit against the county and members of the County Board in U.S. District Court, alleging more than 20 violations of state and federal law, including RLUIPA. On November 19, 2003, Senior Judge Lawrence Karlton issued a 47 page decision in which he found that the County has violated RLUIPA, and upheld the constitutionality of RLUIPA’s land use provisions.

“There can be no doubt that plaintiff’s challenge concerns ‘religious exercise’ within the meaning of RLUIPA,” Judge Karlton wrote. “Defendants argue that plaintiff has failed to satisfy its burden because it ‘does not identify a single religious belief mandated by its faith that is inhibited (much less, substantially burdened) on account of the use permit denial. . . . This argument flies in the face of both the record and common sense. Plaintiff’s permit application itself details the ways in which the temple is required to facilitate Sikh religious practices. . . . Congress’s decision to enact RLUIPA necessarily recognizes the fact that religious assembly buildings are needed to facilitate religious practice, and the possibility that local governments may use zoning regulations to prevent religious groups from using land for such purposes. It is for this reason that challenges of zoning ordinances are expressly contemplated by the statute. The use of the land does not have to be a ‘core religious practice.'”

On December 12, 2003, Sutter County filed a notice of appeal to the Ninth U.S. Circuit Court of Appeals.

On June 9, 2004, Becket filed an amicus curiae brief with the Ninth Circuit. The brief stated that the denial by Sutter County’s Board of Commissioners to issue a building permit to the Sikhs violated the federal Religious Land Use and Institutionalized Persons Act of 2000 (RLUIPA) because it “substantially burdened” the free exercise of religion.

The Ninth Circuit Court of Appeals followed Becket’s argument, holding that the Guru Nanak Sikh society had the right to build a place of worship in their neighborhood.

“This resounding victory for the Sikh group has nationwide implications for a wide range of cases dealing with religious land interests,” said Jared N. Leland, spokesman for Becket, “and it will echo especially loudly in California.”