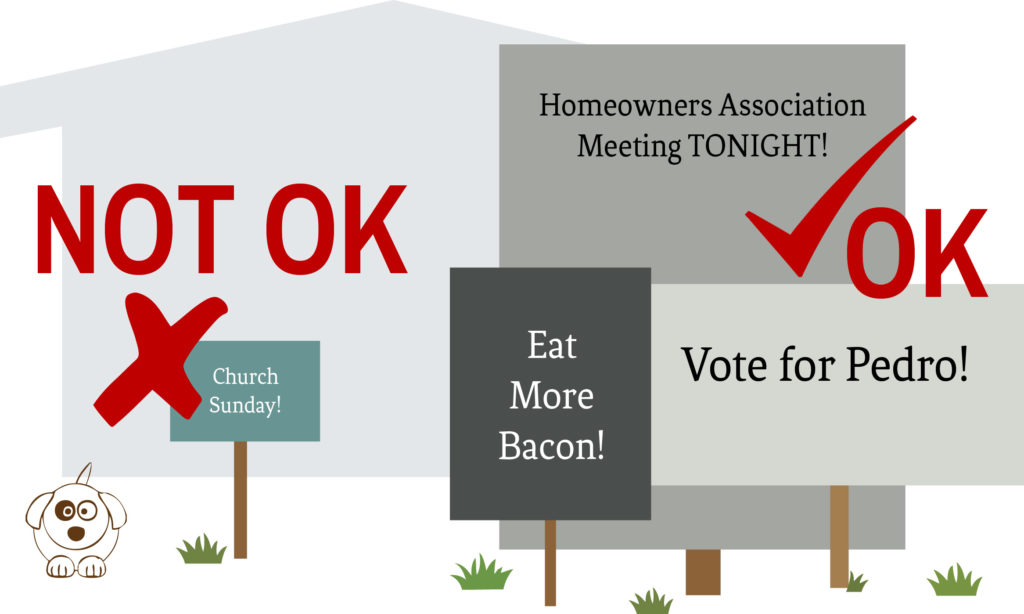 In Gilbert, Arizona, controversial sign regulations allow large political, ideological, and other signs to stand for months, but demand that pastors, like Clyde Reed of Good News Community Church, stick to signs less than half that size and pull them down after fourteen hours. Small houses of worship such as Good News Community Church rely on signs to invite people in the community to their service, since they have often do not have a permanent location and have limited means to share their message. Now they face fines and possible jail time for practicing their freedom of speech.

“Perhaps we shouldn’t be surprised that politicians would give their signs special privileges,” said Eric Rassbach, Deputy General Counsel of Becket. “But that doesn’t make it right: What churches say should not be treated as second-class speech.”

“The Court should not let Gilbert away with the excuse that it was ‘just chance’ that it treated churches much worse than political or commercial advertisers,” said Rassbach. “Gilbert’s rules don’t treat people equally, and that violates the First Amendment.”

Alliance Defending Freedom is representing Good News Community Church and Pastor Clyde Reed from this unfair ordinance. On September 2014,  Becket  filed a friend-of-the-court brief  in this case. Becket attorneys are available now to comment on the case and the oral argument.

Becket is a non-profit, public-interest law firm dedicated to protecting the free expression of all religious traditions. For over 20 years, it has  defended clients of all faiths,  including  Buddhists, Christians, Jews, Hindus, Muslims, Native Americans, Sikhs, and Zoroastrians. Its recent cases include two major Supreme Court victories: the landmark ruling in  Burwell v. Hobby Lobby, and the 9-0 ruling in  Hosanna-Tabor v. EEOC, which The Wall Street Journal called one of “the most important religious liberty cases in a half century.”