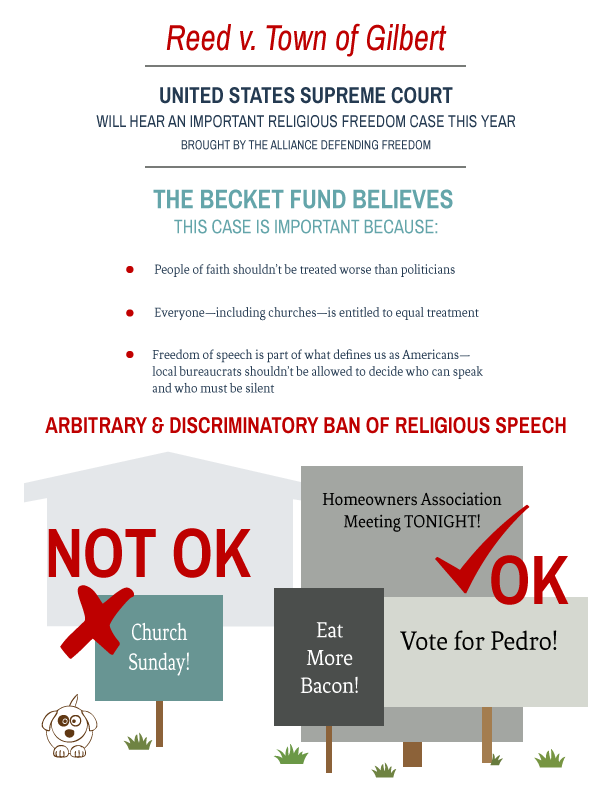 Washington, D.C. – The U.S. Supreme Court’s first oral argument of 2015 will be the First Amendment case regarding an Arizona town’s arbitrary discrimination toward religious speech. The town of Gilbert imposes strict regulations on the size and duration of church sidewalk signs, yet not on political, ideological, or other noncommercial signs. Small houses of worship rely on signs to invite people in the community to their services, but face fines and possible jail time for practicing their freedom of speech. Alliance Defending Freedom is representing Good News Community Church and Pastor Clyde Reed from this unfair ordinance. On September 2014, Becket filed a friend-of-the-court brief in this case and will be available for comment immediately after the hearing.

Who:
Alliance Defending Freedom, Representing Good New Community at the US Supreme Court Becket, filed friend-of-the-court brief, and will be available for comment outside the court and following the hearing

What:
Oral Argument in Reed v. Town of Gilbert