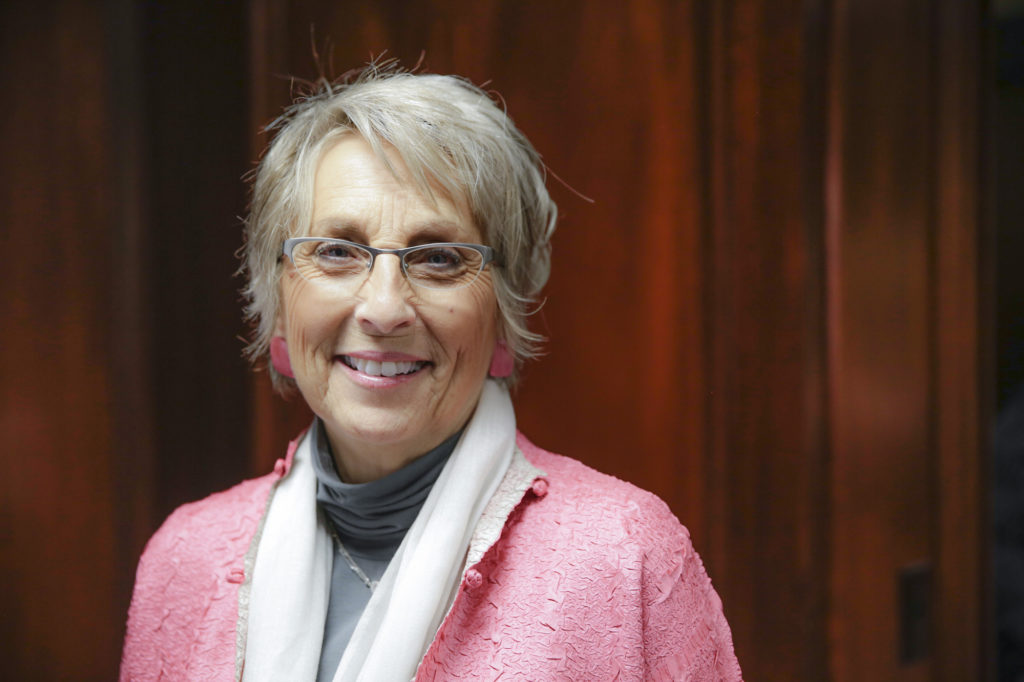 Washington, D.C. – Becket is pleased to announce Barbara Green as the recipient of its 20th annual Canterbury Medal for her courageous defense of religious liberty. The Gala will be held in her honor, tomorrow May 7 at the Pierre in New York City. Prior to the event there will also be a special exhibit for all attendees featuring select pieces from the Museum of the Bible.

The Canterbury Medal recognizes courage in the defense of religious liberty and is given annually to a leading figure who champions a robust role for religion in society. This year we honor Barbara Green for her courage in standing up for her religious beliefs and her strength as the public face of the family throughout two years of litigation, which ultimately resulted in Hobby Lobby’s Supreme Court victory securing the religious liberty of closely held American family businesses.

To attend the event as a guest, tickets can be purchase online at www.becketfund.org/dinner2015. A free press area for media coverage will also be available. To arrange space, please RSVP to Melinda Skea.

Past Canterbury Medalists include Rabbi Lord Jonathan Sacks, Nobel laureate Elie Wiesel, Prison Fellowship founder the late Charles Colson, financier Foster Friess, Archbishop Charles Chaput and the former Ambassador to the Vatican, James R. Nicholson, among others. Medalists share a common devotion to liberty and freedom of conscience for people of all faiths.

The Becket Fund for Religious Liberty is a non-profit, public-interest law firm dedicated to protecting the free expression of all religious traditions. For over 20 years, it has defended clients of all faiths, including Buddhists, Christians, Jews, Hindus, Muslims, Native Americans, Sikhs, and Zoroastrians. Its recent cases include three major Supreme Court victories: the landmark ruling in Burwell v. Hobby Lobby, and the 9-0 rulings in Holt v. Hobbs and Hosanna-Tabor v. EEOC, the latter of which The Wall Street Journal called one of “the most important religious liberty cases in a half century.”