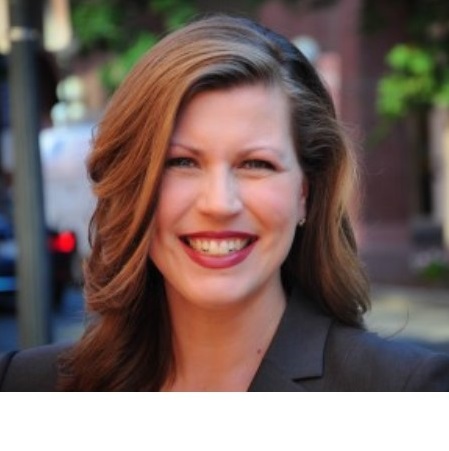 WASHINGTON, D.C. – This Friday, Becket’s Senior Counsel Hannah Smith will receive the 2016 J. Reuben Clark Law Society Women-in-Law Leadership Award. The annual award recognizes Smith for her national leadership in defending religious liberty and advancing the contributions of Mormon women to the law. Smith will receive the award at the J. Reuben Clark Law Society’s annual conference, this year held at the University of San Diego.

A life-long member of the Church of Jesus Christ of Latter-day Saints, Smith has championed religious freedom for two decades and on two continents – in courts, at universities, on national media, with government officials, and within her own faith community. Following two clerkships at the Supreme Court, first with Justice Clarence Thomas and then Justice Samuel A. Alito, Jr., and law firm litigation practice, she was on the Becket legal team that won three landmark victories at the Court – Hosanna-Tabor Lutheran Church & School v. EEOC, Burwell v. Hobby Lobby, and Holt v. Hobbs.

Smith is featured in videos produced by the LDS Church and the Law Society about religious freedom. She explained current concerns with the legal landscape in “Preserving Religious Freedom,” a video launched in 2013 as part the Mormon Newsroom’s resources on freedom of religion. Smith also appeared in the Law Society’s video “Religious Freedom – Making a Difference.” Smith has spoken at over a dozen Law Society conferences around the country in the last decade at Harvard, Stanford, Georgetown, SMU, and Pepperdine, and in Washington DC, Dallas, Detroit, San Diego, San Francisco, and Orange County, California.

The Law Society’s mission statement embraces the influence of religious conviction on the practice of law: “We affirm the strength brought to the law by a lawyer’s personal religious conviction. We strive through public service and professional excellence to promote fairness and virtue founded upon the rule of law.”

For more information or to arrange an interview with an attorney contact Melinda Skea, director of communications, at 202-349-7224 or at media@becketlaw.org.

Becket is a non-profit, public-interest law firm dedicated to protecting the free expression of all religious traditions and has a 100% win-rate before the United States  Supreme Court.  For over 20 years, it has successfully defended clients of all faiths, including  Buddhists, Christians, Jews, Hindus, Muslims, Native Americans, Sikhs, and Zoroastrians  (read more here).