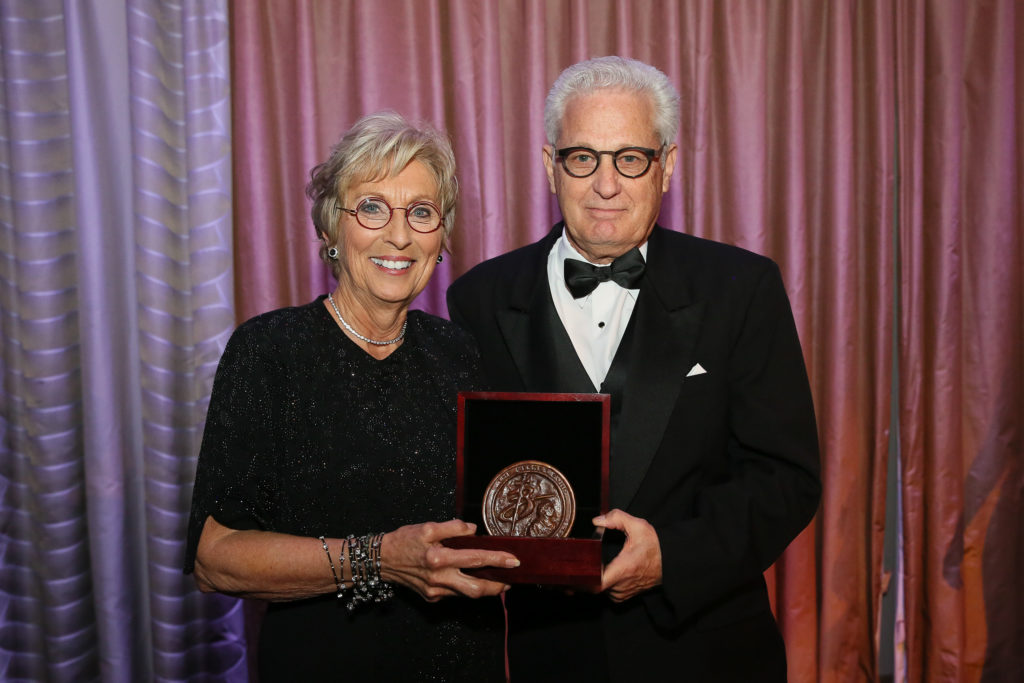 “I am humbled to be recognized on behalf of my family for our efforts,” said Barbara Green of Hobby Lobby Stores, Inc. and recipient of the 2015 Canterbury Medal. “We thank Becket for its hard work that brought our long, two-year journey to a joyous Supreme Court victory. We are also grateful for the many who stood with us and prayed for us. I believe there is no greater cause to defend than one’s religious freedom.” (see transcript here)

The Canterbury Medal recognizes courage in the defense of religious liberty and is given annually to a leading figure who champions a robust role for religion in society. This year Becket honors Barbara Green for her courage in standing up for her religious beliefs and her strength as the public face of the family throughout two years of litigation, which ultimately resulted in Hobby Lobby’s Supreme Court victory securing the religious liberty of closely held American family businesses.

“Barbara Green is a true example of the power of one person, of one family, in the cause of religious liberty,” said Bill Mumma, president of Becket.” Advocates of religious freedom can take heart from what  the Green family has accomplished on our behalf.”

This year’s gala was a lively black-tie event at the Pierre Hotel in New York attended by more than 500 guests including religious leaders of all faiths, as well as a wide variety of public figures, members of the press, and supporters of religious liberty. Program highlights included an invocation by Yossi Prager, executive director for North America of the AVI CHAI Foundation, a blessing by Elder Von G. Keetch, First Quorum of the Seventy of the Church of Jesus Christ of Latter-Day Saints, a tribute by New York Times bestselling author Eric Metaxas, and a benediction by Mother Loraine, Little Sisters of the Poor.

Past Canterbury Medalists include  Rabbi Lord Jonathan Sacks, Nobel laureate  Elie  Wiesel, Prison Fellowship founder the late Charles Colson, financier Foster  Friess, Archbishop Charles  Chaput and the former Ambassador to the Vatican, James R. Nicholson, among others. Medalists share a common devotion to liberty and freedom of conscience for people of all faiths.