And the 2014 Ebenezer Award & Eggnog toast goes to…. - Becket
Skip to Content 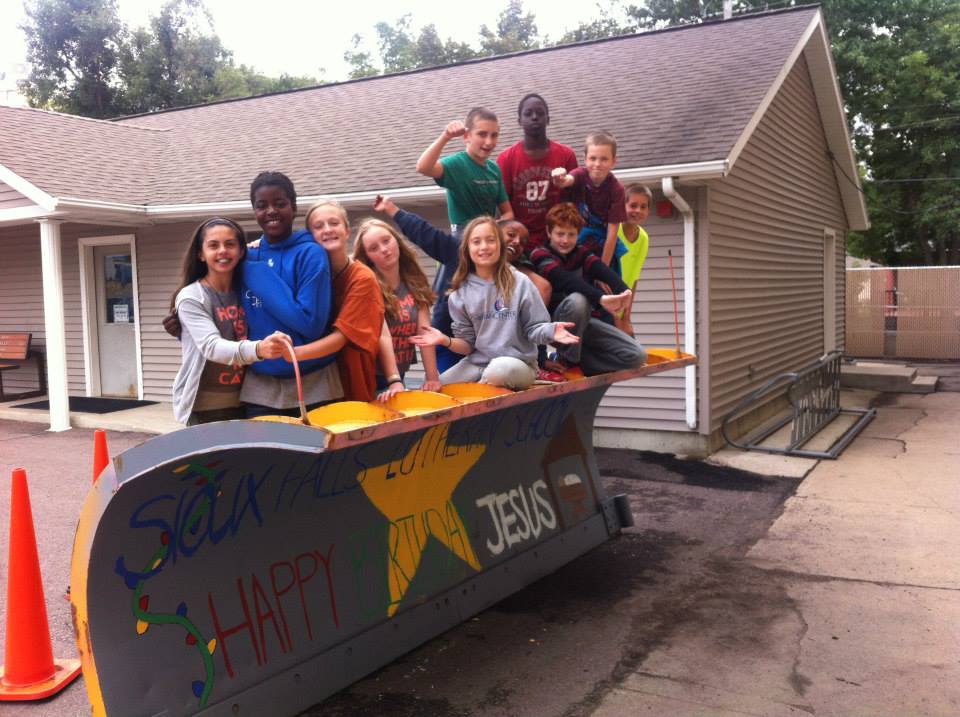 The city and the mayor of Sioux Falls, South Dakota, respectively, for having an Ebenezer-like change of heart

Washington, D.C. – For more than 15 years, Becket has awarded the Ebenezer award, its lowest honor, to the government official that makes the most egregious affront to the Christmas and Hanukkah holidays. We have also followed up with an eggnog toast to government officials who got it right (see 2014’s top contenders here).

This year, inspired by the good cheer and common sense of the Mayor Mike Huether of Sioux Falls, we are bestowing the city of Sioux Falls the (momentary) Ebenezer award but promptly toasting the mayor.

Sioux Falls was our #1 contender for the Ebenezer award after it notified a private school that the city snowplow blades its young students had labored over and decorated would be repainted and censored. Why? Because the students had decided to celebrate the season with—gasp!—artwork celebrating the religious nature of Christmas.

The city, which had previously accepted religious art, momentarily lost its way when one lone atheist claiming to be part of the Siouxland Freethinkers filed an informal complaint.

According to multiple press reports, city officials offered the Christian school kids a simple choice: repaint the plows, or city staff will come repaint them for you.

Take a look at the offending messages here:

But, much like Ebenezer Scrooge, the City of Sioux Falls was visited by the ghost of Supreme Court decisions past and present. According to the local paper, the mayor then boldly stepped forward proclaiming: “We are not going to be painting over those plows; those plow blades […] Unless, I guess, I get some Supreme Court case (that) says that I have to.”

It is the first time we have awarded the Ebenezer and a toast at the same time—but we hope it won’t be the last. In the future, we hope that we can continue to celebrate the season by toasting the victory of both religious expression and common sense.

In the words of Charles Dickens himself, like the Ebenezer, the mayor of Sioux Falls “became as good a friend…as good a man, as the good old city knew, or any other good old city, town, or borough, in the good old world.”

So, three cheers for Sioux Falls! Oh, and while it’s still legal, join us in wishing the fine people of Sioux Falls, South Dakota a very Merry Christmas, a Happy Hanukah, and a Happy New Year!

Becket is a non-profit, public-interest law firm dedicated to protecting the free expression of all religious traditions. For over 20 years, it has defended clients of all faiths, including: Buddhists, Christians, Jews, Hindus, Muslims, Native Americans, Sikhs, and Zoroastrians. Its recent cases include two major Supreme Court victories: the landmark ruling in Burwell v. Hobby Lobby, and the 9-0 ruling in Hosanna-Tabor v. EEOC, which The Wall Street Journal called one of “the most important religious liberty cases in a half century.”