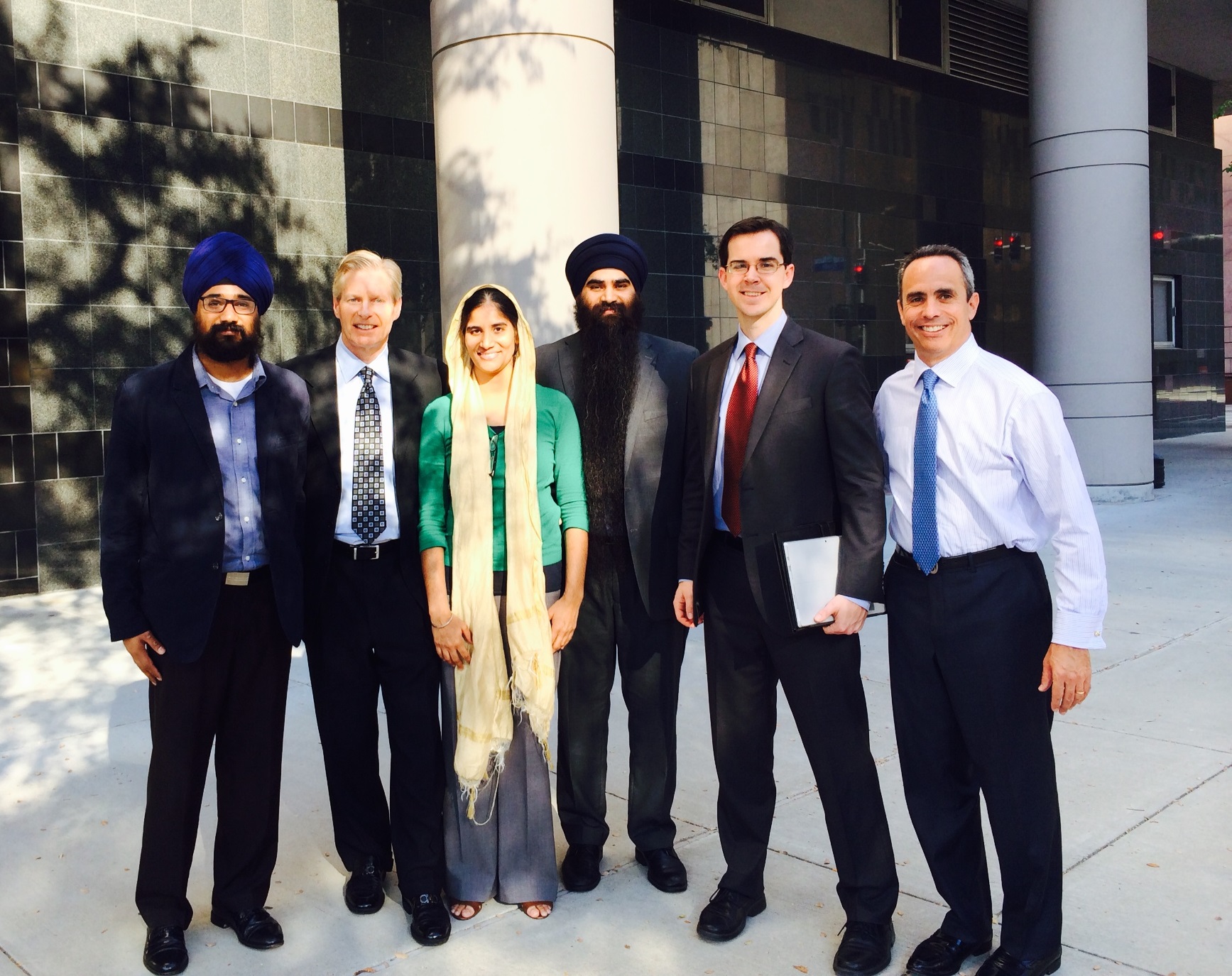 In April 2005, Kawal Tagore reported to her IRS job, as she always did. But that day was different: her supervisor sent her away from the office and told her not to return.

Ms. Tagore had recently been formally initiated into the Sikh faith and thus begun carrying a kirpan, one of the five articles of faith that Sikhs are required to carry. A kirpan resembles small, blunt knife – symbol meant to remind Sikh believers of their commitment to a just and humane society.

Even though she went through security without a problem, and even though the building contained sharper, more dangerous blades than Ms. Tagore’s kirpan—scissors, box cutters and cake knives—Ms. Tagore was banned from the federal building. She worked from home for about nine months before she was fired altogether.

Becket defended Ms. Tagore’s right to wear her kirpan. In November 2014, the federal government agreed to settle the case and change its nationwide policies to accommodate Sikh federal employees – a victory for Sikh Americans and religious freedom.