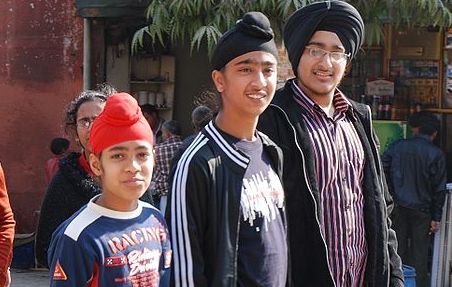 Amandeep Singh, a ninth-grade honor student in New York, was reprimanded and suspended indefinitely for wearing a kirpan—a ceremonial religious item worn by members of the Sikh faith—to school.

Amandeep Singh became a baptized Sikh at age eight, requiring him, like 20 million other Sikhs worldwide, to follow the five Sikh articles of faith. The best known of these is the requirement to wear hair uncut in a turban. Another lesser known requirement is to wear a kirpan, an item shaped like a sword that reminds Sikhs of their duty to speak out against injustice and stand up for the defenseless. In deference to school security concerns, school-age children like Amandeep typically wear a very small, blunt kirpan that is completely harmless.

For over seven years, Amandeep attended local public schools and continuously observed all five articles of his faith, including the wearing of the kirpan, without any incident. Many of his teachers were aware of his kirpan and specifically commended him for his dedication to his faith. None ever told him that his kirpan–which was duller than a butter knife and secured underneath his clothes–posed any sort of danger.

Without explanation, school officials suddenly reversed course in February 2005 and declared Amandeep’s kirpan to be a prohibited “weapon.” Moreover, they refused to allow him to set foot on school grounds unless he abandoned his article of faith.

Becket intervened on Amandeep’s behalf, meeting with school district officials to explain the kirpan’s religious significance and Amandeep’s rights under the First Amendment. The district quickly changed course, agreeing to allow Amandeep to continue his education without compromising his faith.

This was a victory not only for Amandeep and other Sikhs, but also for students of all faiths to freely exercise religion in public schools.