St. Andrew the Apostle Parish has been serving the city of Chicago for over 120 years. As music director at St. Andrew, Sandor Demkovich was responsible for planning liturgies, choosing the music for Masses and other important sacraments, and playing the organ during services—all important activities in the religious life of the parish. When Mr. Demkovich entered into a same-sex marriage in violation of his employment agreement and Church teaching, the pastor had to let him go. Mr. Demkovich then sued the Archdiocese for discrimination, seeking to restrict how the Catholic Church communicates with its own ministers. Becket represented the Archdiocese at the Seventh Circuit Court of Appeals, arguing that religious organizations must be free to select and supervise their ministers and to communicate the teachings of their faith free from government interference.

In August 2020, a three-judge panel of the Seventh Circuit Court of Appeals ruled against the Archdiocese of Chicago, failing to faithfully apply the Supreme Court’s ruling in Our Lady of Guadalupe v. Morrissey-Berru just a month earlier. The Archdiocese of Chicago, represented by Becket, asked the entire Seventh Circuit to rehear the case, which it agreed to do. The full court heard oral argument in February 2021 and on July 9, 2021, it ruled 7-3 to reverse its earlier ruling and allow religious organizations the freedom to both choose and supervise their religious leaders. Plaintiff chose not to seek Supreme Court review, ending the case in favor of St. Andrew the Apostle Parish.

Chicago Church to Court: Keep government out of the mass 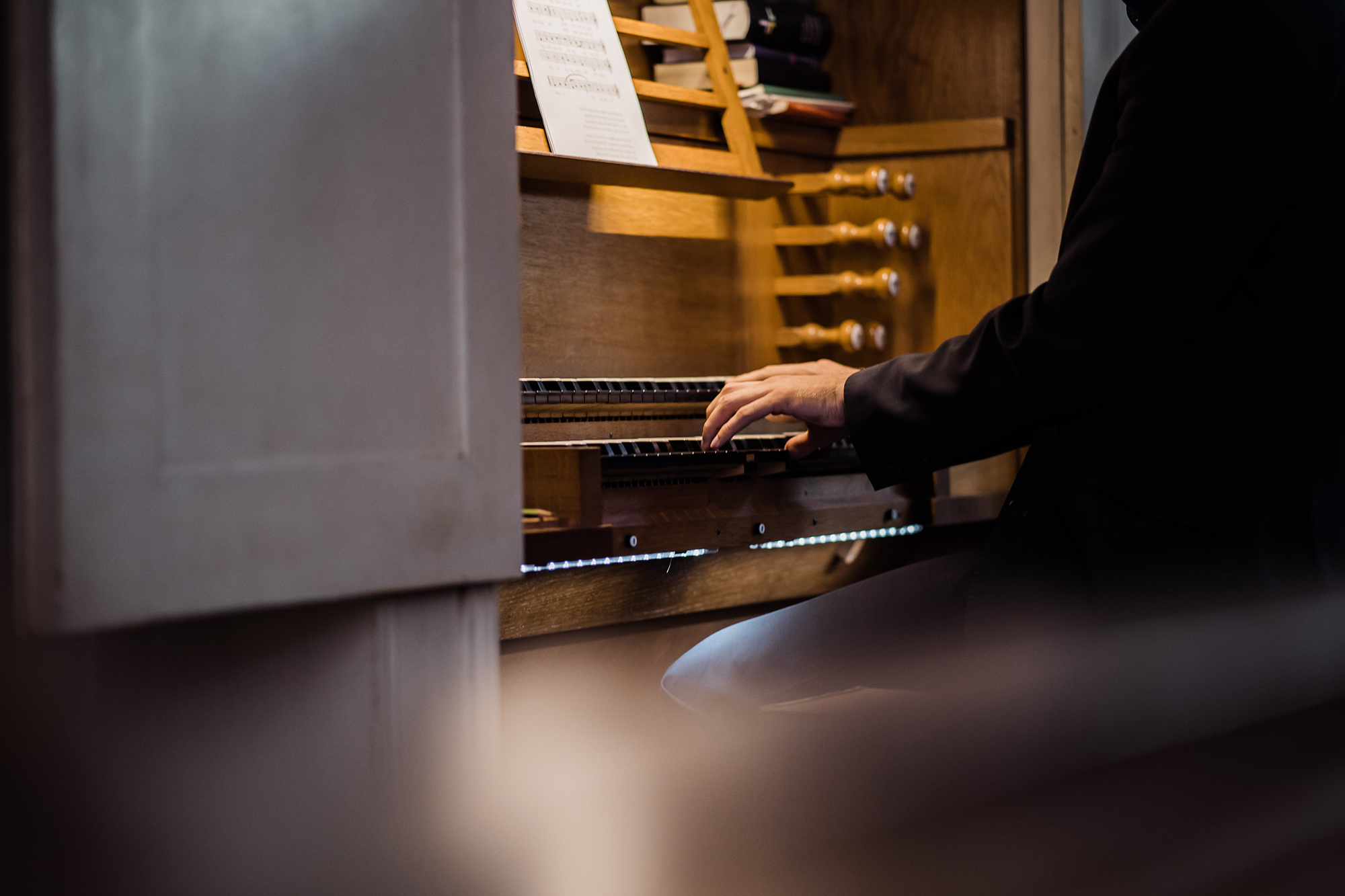 Walking with the Church

St. Andrew the Apostle Parish has been serving a Polish immigrant neighborhood in the city of Chicago for over 120 years. As part of the Archdiocese of Chicago, St. Andrew Parish is dedicated to ministering to all Catholics, including LGBTQ Catholics seeking to walk with the Church.

For over 25 years, the Archdiocesan Gay and Lesbian Outreach (AGLO) has been a community of accompaniment that seeks to meet LGBTQ people where they are. During the AIDS epidemic, AGLO worked closely with the Catholic Charities HIV/AIDS ministries and generously contributed its time, money, and prayer to help the afflicted and offer them hope in the face of a terrible disease. Today, AGLO offers weekly Mass and Sacraments, retreats and days of reflection, and prayer and discussion groups to help LGBTQ Catholics find a place of pastoral outreach in the Church.

Sandor Demkovich was hired by St. Andrew Parish in 2012. During his time with St. Andrew, Mr. Demkovich served as music director, choir director and organist. These positions are important roles within the religious life of the parish. As music director, Mr. Demkovich shared the Catholic faith with members of the parish through music—he helped select scripturally appropriate music for Masses and other important sacraments, played the organ during services, and helped lead the congregation in singing hymns.

As a minister of the faith and a representative of the parish, Mr. Demkovich was responsible for upholding the teachings of the faith in word and action. But in 2014, after working at the parish for two years, the parish was required to end Mr. Demkovich’s participation in its ministry because he entered into a same-sex marriage in violation of his agreement to bear witness to and promote the Church’s 2,000-year-old teachings, including those on marriage.

In December 2016, Mr. Demkovich sued St. Andrew Parish and the Archdiocese of Chicago, claiming that he had been discriminated against because of his sexual orientation and subjected to a hostile work environment.

The district court allowed some of Mr. Demkovich’s claims against the Archdiocese to proceed, even though Mr. Demkovich admitted that the religious importance of his position at the parish made him a minister. In August 2020, a divided three-judge panel of the U.S. Court of Appeals for the Seventh Circuit also ruled against the Archdiocese. The ruling conflicted with previous Seventh Circuit decisions, rulings of other federal circuits, and the Supreme Court’s just-issued decision in Our Lady of Guadalupe v. Morrissey-Berru, in which the Supreme Court affirmed the right of churches to select and supervise their leaders and ministers free from government interference.

The Archdiocese of Chicago, represented by Becket, asked the entire 11-judge Seventh Circuit to reconsider the panel’s decision.  The court agreed, with one judge recused, and heard arguments on February 9, 2021.

On July 9, 2021, the Seventh Circuit ruled 7-3 to reverse its previous decision and declare that the “ministerial exception” protects the entire ministerial relationship and not just the beginning or end.

Plaintiff chose not to seek Supreme Court review, ending the case in favor of St. Andrew the Apostle Parish.

The Archdiocese of Chicago is also represented by its general counsel, Jim Geoly, who presented oral argument before the panel and the en banc court, and by Alex Marks at Burke, Warren, MacKay & Serritella, P.C.