Chicago Church to Court: Keep government out of the mass - Becket
Skip to Content
Press Release

Chicago Church to Court: Keep government out of the mass Archdiocese of Chicago asks Seventh Circuit to let it supervise its own church leaders 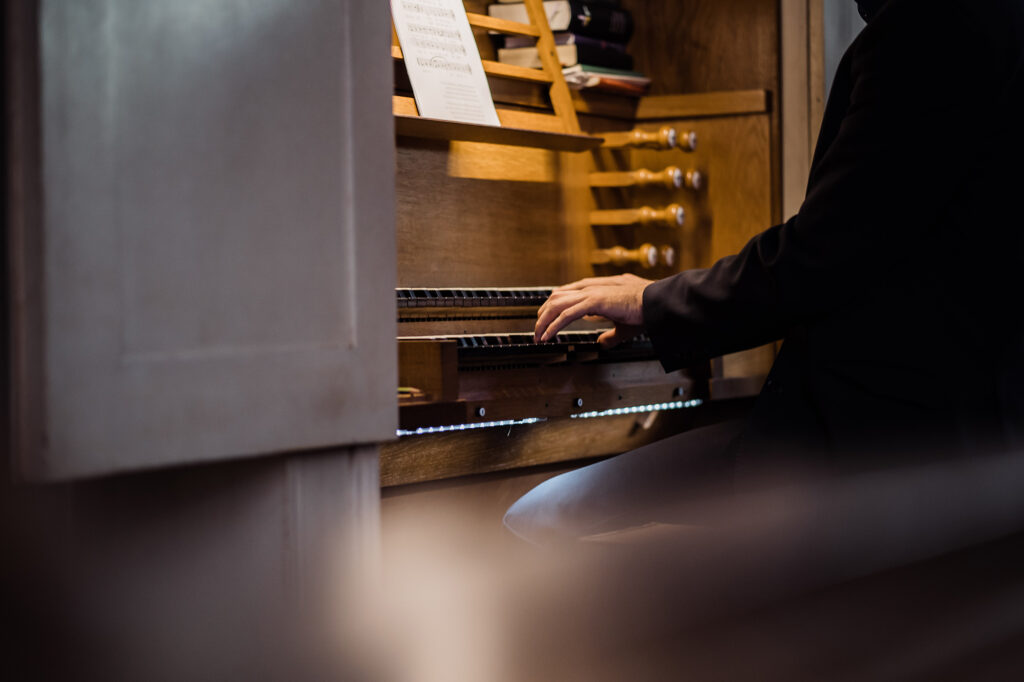 Last August, a divided three-judge panel of the U.S. Court of Appeals for the Seventh Circuit ruled against the Archdiocese. That decision was at odds with previous Seventh Circuit decisions, rulings of other federal circuits, and the Supreme Court’s recent decision in Our Lady of Guadalupe v. Morrissey-Berru, another Becket case in which the Supreme Court reaffirmed the right of churches to select and supervise their ministers free from government interference. The full court vacated the panel’s opinion and reheard the case today.

“He who sings, prays twice—so whoever leads the singing is central to church worship,” said Daniel Blomberg, senior counsel at Becket. “Allowing the government to entangle itself in the relationship between a church and its ministers runs headlong into the wall between church and state.”

As the church music director, Sandor Demkovich played a central role in planning the liturgy and conveying the Catholic faith to St. Andrew’s congregation. When Mr. Demkovich entered into a same-sex marriage in violation of his employment agreement and 2,000-year-old Church teaching, the pastor had to let him go. Mr. Demkovich then sued the Archdiocese for discrimination.

“Courts nationwide have consistently ruled that the government doesn’t get to inject itself into the church-minister relationship,” said Blomberg. “Churches, not judges or government officials, should control who stands at the pulpit or in front of the choir.”

The Archdiocese of Chicago is also represented by its General Counsel, Jim Geoly, and by Alex Marks at Burke, Warren, MacKay & Serritella, P.C.

For more information or to arrange an interview, contact Ryan Colby at media@becketlaw.org or 202-349-7224. Interviews can be arranged in English, Chinese, French, German, Portuguese, Russian, and Spanish.