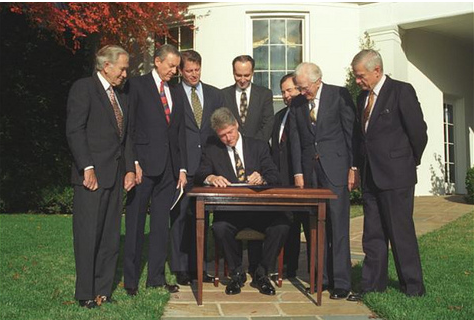 Washington, D.C. — Last night, nine U.S. Senators and two U.S. Representatives, along with the Oklahoma Attorney General and 11 other key groups, filed friend-of-the-court briefs supporting Becket’s challenge to the HHS mandate on behalf of Hobby Lobby Stores, Inc. The HHS mandate forces the Christian-owned-and-operated business to provide the “morning after pill” and “week after pill” in their health insurance plan or face crippling fines.

“While any brief by sitting members of Congress is significant, this one comes from members who originally supported the federal civil rights law—the Religious Freedom Restoration Act of 1993—which is at the heart of the mandate challenges,” said Kyle Duncan, General Counsel for Becket Law. “The brief leaves no doubt that Congress intended to protect the religious freedom of those like Hobby Lobby and its founder, David Green, against federal attempts to force them to insure abortion-inducing drugs.”

The case is currently before the 10th Circuit Court of Appeals.  A hearing could take place as early as this spring.

An extraordinary example of bipartisanship, versions of RFRA were introduced by then-Senator Joe Biden, Senator Orrin Hatch and the late Senator Ted Kennedy, as well as then-Congressmen Chuck Schumer and Christopher Cox. It drew support from groups ranging from the ACLU, the Christian Legal Society, People for the American Way, the Southern Baptist Convention and Concerned Women for America. RFRA was signed in 1993 by President Bill Clinton.

In addition, 11 other key briefs were filed on behalf of Hobby Lobby stores, including the State of Oklahoma, the Christian Medical Association and the Archdiocese of Oklahoma City, to name a few.

Brief of the State of Oklahoma:

Brief of the Archdiocese of Oklahoma City

Briefs in support of Hobby Lobby also include: