At Becket, protecting religious liberty is a full-time job. The defense of this fundamental freedom calls for constant, tireless attention—but that does not mean we do it alone. Attorneys at for-profit law firms often partner with Becket to provide critical assistance.

The courage, talent, and time required to do this is remarkable and law firms’ contributions have proven invaluable to the defense of religious liberty on behalf of people of all faiths.

As a demonstration of our gratitude, and in recognition of the indispensable relationships built through these partnerships, Becket honors the following for-profit legal partners with the Legal Service Award. The award is presented annually as part of the Canterbury Medal Gala in New York. 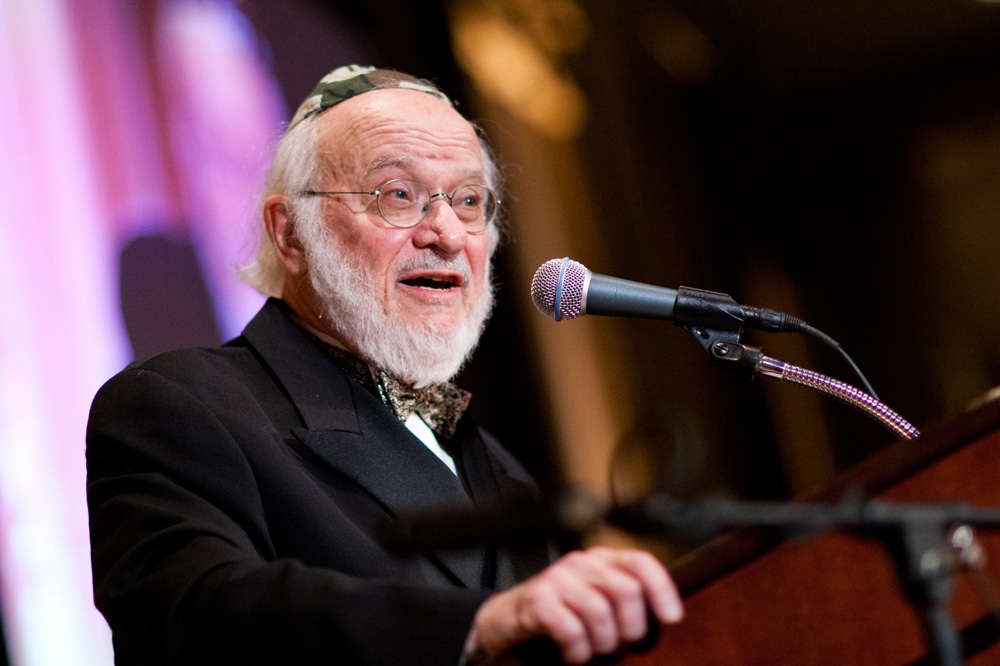 For decades of work defending minority rights and religious accommodations

Nathan Lewin is one of America’s most highly acclaimed federal trial and appellate court litigators and the Orthodox community’s foremost advocate on legal and legislative issues for more than 55 years, having argued 28 cases before the Supreme Court of the United States and drafted and filed over 235 briefs in that Court.

A former law clerk to Chief Judge J. Edward Lumbard of the United States Court of Appeals for the Second Circuit (1960-1961) and to Associate Justice John M. Harlan of the Supreme Court of the United States (1961-1962), Mr. Lewin also served as Deputy Assistant Attorney General in the Civil Rights Division of the Department of Justice (1968–1969), and as Deputy Administrator of the Bureau of Security and Consular Affairs at the Department of State (1967–1968).

For his great work defending minority rights and religious accommodations, among many other victories, the Becket Fund is privileged to recognize Nathan Lewin (watch video).

Baker Botts has had a long history of defending religious liberty, representing a wide variety of religious groups—Christian, Hindu, Muslim, Native American, and others—in litigation including at the United States Supreme Court. Its pro bono work was invaluable in several cases, including a ten-year battle to restore sacred eagle feathers confiscated by the U.S. Fish and Wildlife Service after federal agents raided a Lipan Apache powwow in 2006. In 2016 the government entered a historic settlement agreement with Pastor Soto and over 400 members of his congregation. The agreement recognizes the members’ right to freely use eagle feathers in observance of their Native American faith and promises that the government will reconsider its policies for enforcing feather restrictions in the future (watch video). Baker Botts also represented the Roman Catholic Archdiocese of Galveston-Houston in a brief supporting Becket’s successful effort seeking equal access to FEMA funds for churches, synagogues, and other houses of worship (watch video).

For their work on behalf of the Sikh community

For decades, observant Sikhs have been almost entirely excluded from U.S. military service, all because of changes to uniform and grooming regulations in 1981 that prohibited them from maintaining their religiously mandated turbans, unshorn hair, and beards (watch video). In 2015, McDermott partnered with Becket and the Sikh Coalition to file two lawsuits on behalf of four Sikh soldiers for the right to serve with their articles of faith intact. The two lawsuits capped more than six years of tireless effort by McDermott laying the groundwork to show that allowing Sikhs to serve without relinquishing their articles of faith would enhance, not hamper, the Army’s mission. Through McDermott’s initial efforts with the Sikh Coalition, the Army granted three observant Sikhs individual religious accommodations to serve in the Army. The lawsuits sought the same right for all Sikhs and culminated in new regulations issued in January 2017, presumptively allowing Sikhs to serve without having to forfeit their faith. Overall, McDermott has donated more than 3300 hours and over $1 million in attorney fees on behalf of Sikh Americans.

For his work on behalf of Hobby Lobby

When the Green family faced the potential loss of their livelihood for refusing to violate their faith, former U.S. Solicitor General Paul Clement joined with Becket to defend them and their family-owned arts and crafts store, Hobby Lobby. The Green family’s case against the HHS Mandate represented all people who seek to practice their faith while earning a living. Mr. Clement, who has argued over 80 Supreme Court cases throughout his career, lent his expert litigation skills to this landmark case. Providing his expertise in Supreme Court advocacy and oral arguments, Mr. Clement’s partnership with Becket saved the Green family from half a billion dollars in fines per year and allowed them to continue to operate their family-owned business according to their faith.

When the Little Sisters of the Poor faced crushing fines for objecting to the HHS Mandate, Locke Lord LLP partnered with Becket to protect them. Locke Lord LLP provided hundreds of hours of expert legal work on behalf of the Little Sisters, as well as Christian Brothers, Guidestone, Reaching Souls, and Truett McConnell College, in two class-action suits against the HHS Mandate. Their work was indispensable, especially when during the historic emergency appeal to the Supreme Court on New Year’s Eve 2013—an appeal that resulted in a unanimous order and protection for the Little Sisters from millions of dollars in fines. In partnering with Becket, Locke Lord LLP helped protect over 700 religious ministries from being forced to violate their faith.

For their work on behalf of the Swartzentruber Amish community

When a town in upstate New York threatened its Amish residents with fines and jail time, the firm of Proskauer Rose LLP teamed up with Becket and the local public defender to protect the Amish community. The town fined the Amish for failing to follow modern building codes, even though their high-quality construction stood the test of time. Proskauer attorneys spent several years working with Becket on a federal lawsuit to protect the right of the Amish community to build their homes according to their centuries-old traditions. Proskauer Rose’s vital contributions led to a settlement that allows the Amish to continue their traditional building practices without fear or fines or jail time.