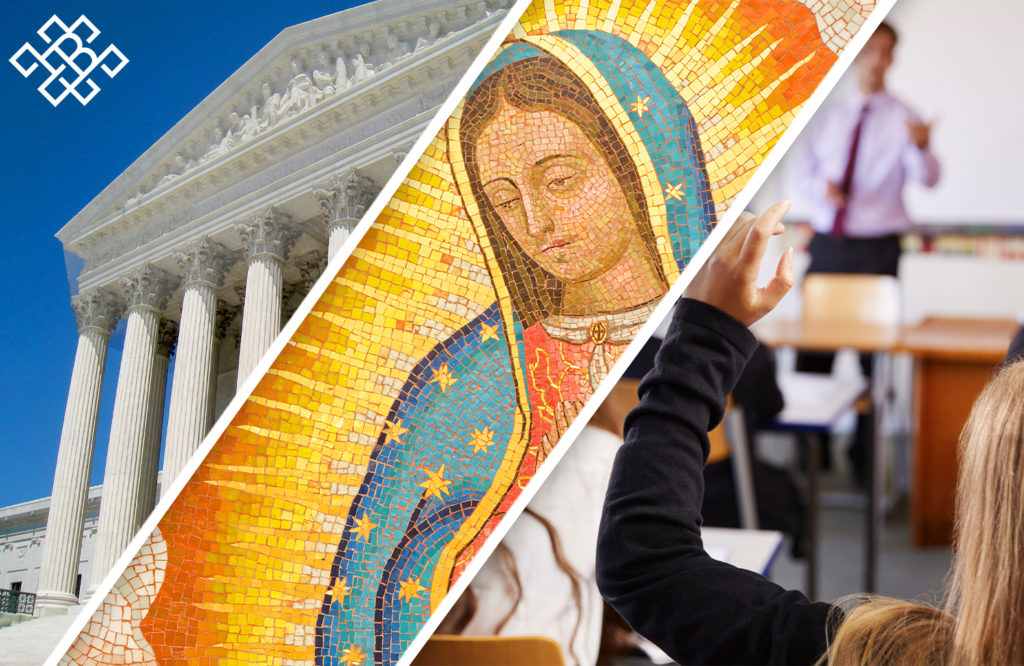 WASHINGTON – The Supreme Court heard oral argument today in a case that will determine if the government can control who a church school chooses to teach its religion classes. In Our Lady of Guadalupe School v. Morrissey-Berru and in St. James Catholic School v. Biel, the Becket Fund for Religious Liberty is defending two California Catholic elementary schools that chose not to renew the contracts of two fifth-grade teachers who were not effectively carrying out the schools’ missions. Becket argued that the government has no place entangling itself in the internal religious decisions of religious groups about who best teaches the faith to the next generation.

A number of the Justices’ questions focused on the Court’s landmark 2012 ruling in Hosanna-Tabor v. EEOC, in which the Court ruled unanimously in favor of a Lutheran school defended by Becket. A majority of the Justices expressed broad support for Becket’s argument that religious schools must be free to choose who teaches the faith to the next generation. By contrast, Justice Kagan expressed “surprise” that the plaintiffs’ lawyer thought the government could interfere even with the selection of full-time religion teachers.

“This is an important moment for our community of faith, especially our schools,” said Adrian Alarcon, spokesperson for the Archdiocese of Los Angeles Catholic Schools. “We are defending our freedom to choose who may teach, inspire, and advance the faith at our Catholic schools, free from government interference.”

The case concerns fifth-grade teachers who taught an in-depth class on the Catholic faith to their students for several hours each week, integrated Catholic values into every other subject, prayed with their students daily, and accompanied them to Mass and other religious services. Nevertheless, when the schools chose not to renew the teachers’ contracts because of classroom performance, the lower courts said that governments should be permitted to second-guess the decision.

At the Supreme Court, a broad coalition of minority-faith groups, leading law professors, members of Congress and state governments sided with the schools, advising the Court about the dangerous consequences of allowing the government to control who religious groups choose to teach the faith, and asking the Justices to uphold a common sense rule the Court protected unanimously in 2012.

“For any faith to continue, someone has to teach the faith to the next generation,” said Eric Rassbach, vice president and senior counsel at Becket. “And under our system of separation of church and state, the government cannot decide who carries out that crucial task. We are confident that the Court recognizes how important a role teachers play in the lives of their students, and will reaffirm its precedent that the government can’t control who teaches kids about God.”

Becket will host a press call at 1:45 p.m. ET. Audio from the press call can be found here.