TV/Video: Oak Flat: A holy land worth fighting for 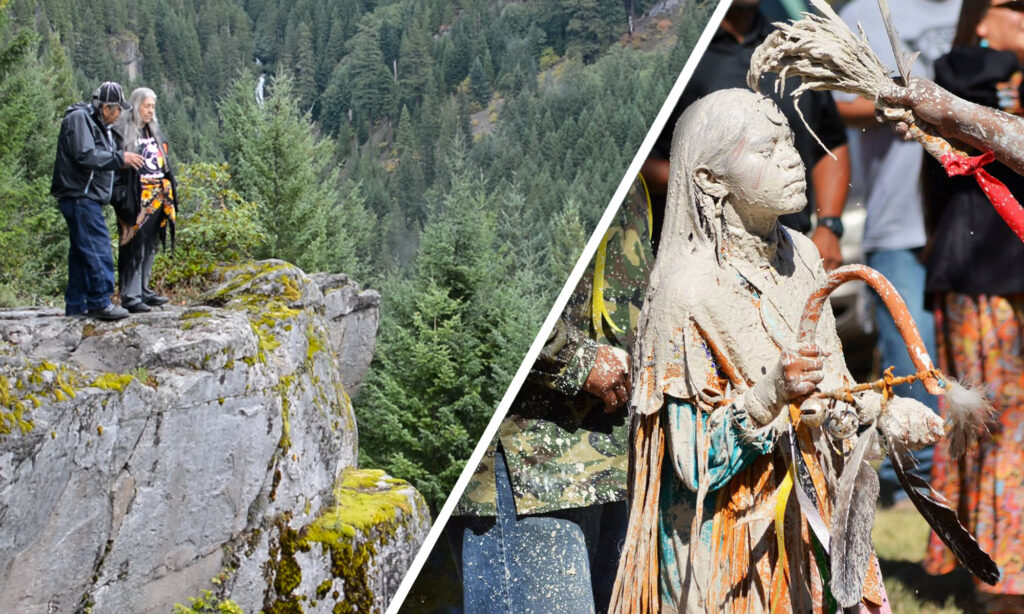 Members of the Confederated Tribes and Bands of the Yakama Nation and the Confederated Tribes of Grande Ronde on Monday appealed to the San Francisco-based Ninth Circuit Court of Appeals in Slockish v. U.S. Federal Highway Administration, seeking justice after the government knowingly destroyed a sacred site in Oregon near Mount Hood that included ancient burial grounds, a campground, and a stone altar. The government bulldozed the site in 2008 during a highway-widening project, even though tribal members repeatedly alerted officials to the importance of the site, and highway officials protected a nearby wetlands and a tattoo parlor. The case has been stalled in court for over a decade—during which time one of the plaintiffs, Johnny Jackson, sadly passed away—but is finally moving forward. (Watch their story.)

Members of Apache Stronghold, a nonprofit community organization dedicated to the defense of Native American sacred sites, filed a request on Thursday in Apache Stronghold v. United States to save their spiritual lifeblood, a sacred site called Oak Flat, from being destroyed by a copper mine that would swallow their holy ground in a nearly 2-mile-wide 1,000-foot-deep crater. Oak Flat is listed in the National Register of Historic Places and has been protected from mining for more than six decades, but, in a 2014 midnight backroom deal politicians slipped in a “rider” to the must-pass National Defense Authorization Act, letting the government transfer the land to Resolution Copper, a foreign-owned mining company. (See video.)

“The wanton destruction of Native American sacred sites is a tragic reminder of how terribly the United States government has treated, and still treats, native peoples,” said Luke Goodrich, vice president and senior counsel of Becket. “This kind of abuse would never be tolerated for other faith groups, and it is long past time for the legal system to end it.”

“For centuries Native Americans have endured the destruction of sacred places by the federal government, and it’s heartbreaking that the court would say this completely preventable destruction was okay,” said Carol Logan, a member of the Confederated Tribes of Grande Ronde and plaintiff in Slockish. “All we want is the return of our sacred artifacts, the rededication of the area for our ancestors, and the promise that we can continue to worship as our tribes have done for centuries.”

“Oak Flat is a holy, sacred, and consecrated place which remains central to our identity as Apache People,” said Dr. Wendsler Nosie, Sr. of Apache Stronghold. “We have our own legacy of persistence and are never letting go of this place. Oak Flat’s religious value to our prayers, our ceremonies, and in our family histories cannot be overstated. Development of the Resolution Copper Mine would directly and permanently damage our traditional cultural property that is vital to us, which is why we strongly oppose this operation.”