Mosque Free to Open, a Win for All Religious Houses of Worship - Becket
Skip to Content
Press Release

Mosque Free to Open, a Win for All Religious Houses of Worship After years of opposition, local Muslims permitted to use mosque for worship 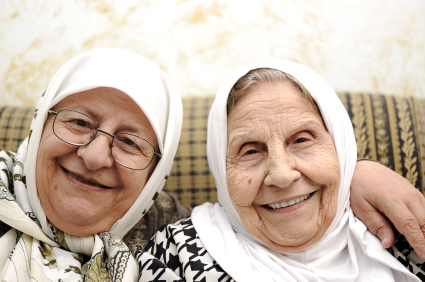 Washington D.C. – Today, in a great victory for religious freedom, the Islamic Center of Murfreesboro, Tennessee, will be able to use its newly built mosque for prayer for the first time. The Murfreesboro mosque has faced opposition from a small group of local residents, who filed a lawsuit seeking to prevent the mosque from being used. But on July 18th, after lawsuits filed by Becket Law and the United States Department of Justice, a federal court ruled in the mosque’s favor, concluding that the mosque was entitled to a certificate of occupancy on the same terms as any other house of worship.

“Today marks a triumph not just for the Muslims of Murfreesboro, but for people of all faiths. No house of worship should be kept from meeting just because the neighbors dislike their religious beliefs,” said Luke Goodrich, Deputy General Counsel at Becket.

The Islamic Center of Murfreesboro has been part of the Murfreesboro community for over thirty years. In 2010, the Islamic Center began building a new mosque to accommodate its growing congregation. Its efforts were unfortunately met with hostile protests from a small group of local residents who claimed that the congregation was threatening solely because of its Muslim religious beliefs. Hostility toward the mosque culminated in acts of vandalism, arson, and even a bomb threat, which resulted in a federal indictment

In June 2012, opponents of the mosque brought suit in court, claiming, among other things, that Islam is not a religion and the mosque, therefore, lacks protection under the First Amendment. Dismissing these claims, the local Chancery Court judge nonetheless ruled that county approval of the mosque was subject to a heightened legal standard when compared with other houses of worship, due to the “tremendous public interest” surrounding the mosque.

In July, Becket Law filed suit on behalf of the mosque in federal court, arguing that subjecting the Murfreesboro mosque to a different legal standard than a Christian church violates the Free Exercise and Equal Protection Clauses of the Constitution, as well as a federal civil rights statute, the Religious Land Use and Institutionalized Persons Act. The case was heard the day before the start of Ramadan—the holiest month in the Muslim calendar—and Chief Judge Todd Campbell issued a temporary restraining order requiring the County to conduct the inspection process and grant a certificate of occupancy for the mosque as it would for any other house of worship.

On Tuesday, the Mosque passed inspection and received a temporary occupancy permit, in time for the end of Ramadan, on August 18th.

“We now celebrate this ruling—not as a victory for our congregation, nor as a victory for American Muslims, but as a victory for the American Constitution,” said Dr. Ossama Bahloul, the imam of the Islamic Center.  “Part of what makes our nation great is that we protect religious freedom for all—Muslim, Christian, Jew, and others.”

In support of the Islamic Center of Murfreesboro, over 100 religious leaders from a wide variety of faith traditions have signed an open letter calling for equal treatment of the mosque.

In addition to Becket, the Islamic Center is represented by George Barrett of the Nashville law firm Barrett Johnston, LLC.