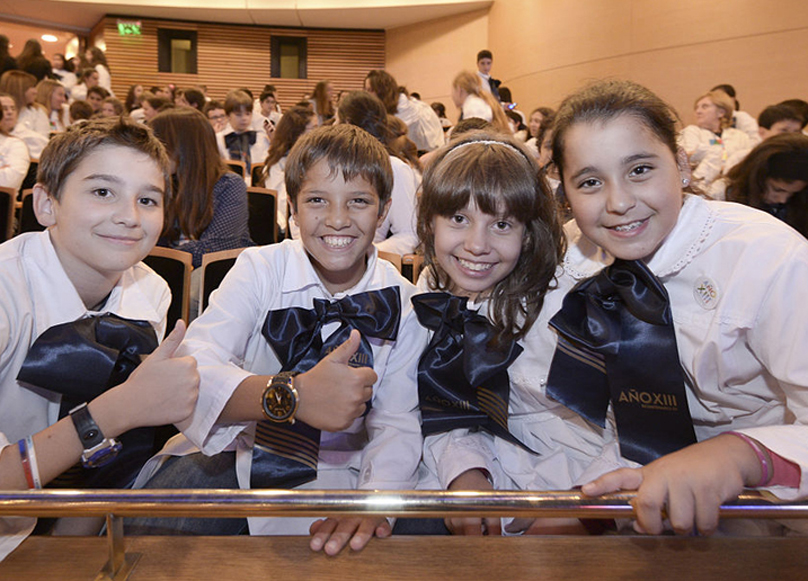 Washington, D.C.— The Grand Chamber of the European Court of Human Rights (ECHR), Europe’s final arbiter of human rights disputes, decided 9-8 today that the autonomy rights of religious institutions—here, the Catholic Church—trump the rights of religion teachers to mount a public attack on church teachings.In the case of Fernández Martínez v. Spain, the Grand Chamber found that a Catholic bishop in Spain could decide not to renew the contract of a teacher of Catholic religion who had joined a public campaign to oppose the Catholic Church’s practice of celibacy for priests. The Grand Chamber held that “the proximity between the [teacher]’s activity and the Church’s proclamatory mission” “is clearly very close.” That meant he “was voluntarily part of the circle of individuals who were bound, for reasons of credibility, by a duty of loyalty towards the Catholic Church” and he could have his contract not renewed because he failed to live up to that duty.

“If government can dictate who teaches a particular religion, then government can dictate what the content of that religion is,” said Eric Rassbach, deputy general counsel at Becket and expert consultant to third-party interveners in this case. “Today the Grand Chamber recognized that for churches to be truly autonomous they must be able to require their teachers to show loyalty to church beliefs.”

Rassbach assisted with a third-party brief submitted by Stanford Law School Professor Michael McConnell. The origins of this dispute concern the termination of a state high school religion instructor’s teaching contract. In Spain, teachers who teach a particular religious community’s beliefs to schoolchildren serve at the discretion that the community’s spiritual leadership to ensure parents and students are receiving instruction from those who share their convictions. Mr. Fernández Martínez, a former priest in the Roman Catholic Church, taught official Church doctrine for nearly six years with the local bishop’s approval. In 1997, the bishop declined to renew Mr. Fernández Martínez’s contract because he publicly opposed the Church’s position on priestly celibacy. Mr. Fernández Martínez appealed to a local employment tribunal asserting that expulsion for publically sharing personal views violated his right to autonomy in his personal life, since he himself was a former priest who decided to reject personal celibacy. Spain’s Constitutional Court, the ECHR’s Third Section, and now the Grand Chamber all rejected his claim. In a remarkable dissent from the Court’s decision today, the ECHR judge appointed by the government of Russia, Dmitry Dedov, directly attacked the Catholic Church and its practice of priestly celibacy, calling the practice “totalitarianism” and adding his opinion that “the celibacy rule contradicts the idea of fundamental human rights and freedoms.”

“Whether Catholic priests should be celibate or not is something for the Catholic Church to decide, not government officials, and not judges,” said Rassbach. “Judge Dedov’s chilling dissent shows just how high the stakes are here. The dissent should be condemned by all friends of human rights as a call to gross government interference with religious practice that ought to belong to Europe’s past.”

The ECHR’s protection of church autonomy parallels the successful outcome of a similar Becket case, Hosanna-Tabor v. EEOC. In 2012, the Supreme Court of the United States unanimously ruled that government cannot interfere with religious organizations’ ability to select people who communicate their mission, vision, and doctrine. Today’s decision also builds on another Becket case at the ECHR, Sindicatul “Pastorul cel bun” v. Romania, which protected the right of the Romanian Orthodox Church to autonomy in how it governed relationships between bishops and priests.

Becket is a non-profit, public-interest law firm dedicated to protecting the free expression of all religious traditions—from Anglicans to Zoroastrians. For 19 years its attorneys have been recognized as experts in the field of church-state law. Becket recently won a 9-0 Supreme Court victory in Hosanna-Tabor v. EEOC, which The Wall Street Journal called one of “the most important religious liberty cases in a half century.”For more information, or to arrange an interview with one of the attorneys, please contact Melinda Skea, media@becketlaw.org, 202.349.7210.