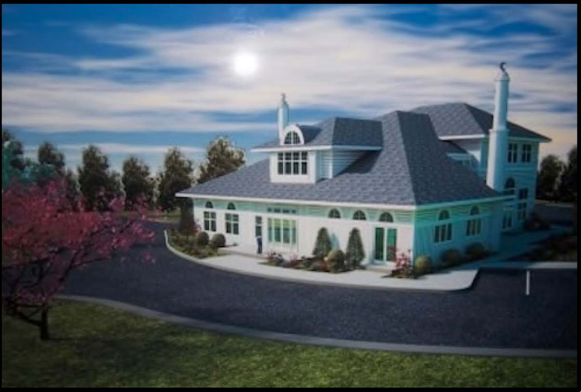 WASHINGTON, D.C. – Nearly 20 diverse civil rights and religious groups today asked a court to support a community of Muslims in New Jersey who have been trying to build a house of worship for almost a decade (view full coalition list). The mosque met every requirement by the local zoning board and was designed to look like a house to blend in with the surrounding neighborhood. But due to local hostility toward Muslims, the permit was denied.

“I came to America almost fifty years ago with a firm belief in the values that America represents, including freedom of religion and equality before the law,” said Mohammad Ali Chaudry, the founding and current president of the Islamic Society of Basking Ridge. “This mosque is part of my American dream. We are overwhelmed by this extraordinary support from so many diverse groups all supporting our position and affirming that Muslims too have the right to worship in Bernards Township.”

Dr. Chaudry is a Pakistani immigrant who has lived with his family in Basking Ridge for nearly 40 years. He has a Ph.D. in economics from Tufts University and is a retired AT&T executive. He has a long history of community engagement, including serving on the town’s board of education and as mayor from 2004 to 2007.

In 2008, Dr. Chaudry began looking for property to build a larger space to hold the Society’s prayer meetings and Sunday school for children. A few years later, Chaudry purchased a 4-acre site zoned for houses of worship and began planning construction. The small, unassuming mosque was designed to fit in with the residential neighborhood, without a traditional dome and with discrete minarets that looked like chimneys. But after the Society filed its application for a permit, what ensued was four years of local bureaucratic quagmire. The Board held a record 39 public hearings during which time the Society faced hostility and vandalism from members of the local community.

“It is a gross misuse of power by the local Planning Board to deny this house of worship simply because it is a mosque,” said Hannah Smith, senior counsel of Becket, which filed an amicus brief in support of the Islamic Society. “The town cannot arbitrarily apply different standards to any religious group, be they Jews, Native Americans, Catholics or Muslims, merely because local protesters disapprove of religious beliefs that are new or different.”