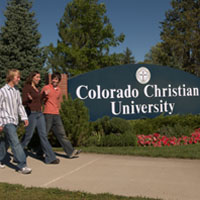 “The bureaucrats’ proposed solution does not solve anything,” said Eric Baxter, Senior Counsel at Becket, which represents CCU in this matter. “CCU is still forced to participate in the government’s scheme to provide free access to abortion-causing drugs and devices.”

Earlier this year, the U.S. District Court for the District of Colorado dismissed CCU’s challenge while waiting for the administration to issue final regulations responding to the religious objections of non-profit organizations. Under those now-released regulations, organizations like CCU are excused from directly paying for abortion-causing drugs and devices only if they “designate” another organization to do the same thing they cannot do directly. They and their health care plan remain the central cog in the government’s scheme.

“CCU cannot assuage its conscience by simply requiring someone else to provide the objectionable services.  It cannot allow its healthcare plan to facilitate access to abortion-causing drugs and devices in any way,” said Baxter. “Like other religious employers, CCU deserves a complete exemption.”

CCU’s renewed lawsuit was filed today in the U.S. District Court for the District of Colorado. The lawsuit challenges the HHS regulations as violations of the Religious Freedom Restoration Act, the First and Fifth Amendments of the U.S. Constitution, and the Administrative Procedures Act. There have been more than 60 cases challenging the mandate.

For more information, or to arrange an interview with one of the attorneys, please contact Melinda Skea at media@becketlaw.org, 202.349.7224.