Darrell Patterson, a Seventh-day Adventist and longtime dedicated Walgreens employee, had a long-standing agreement with his supervisor at Walgreens—because he could not work on Saturday, the Adventist Sabbath, others would cover any shifts that occurred during that time. But when Walgreens executives scheduled an emergency weekend training after violating Alabama pharmacy law, Patterson paid the price for their error. Patterson was suddenly fired after he was unable to report to work on a Saturday. Forced to choose between his faith and providing for his family, Mr. Patterson sued Walgreens for religious discrimination, but both the district and appeals courts sided with the company. In 2018, Mr. Patterson appealed to the U.S. Supreme Court. Becket asked the Court to protect Mr. Patterson and the right of Americans of all faiths to live and work according to one’s religious beliefs, which includes a longstanding practice central to many faiths: observance of the Sabbath. 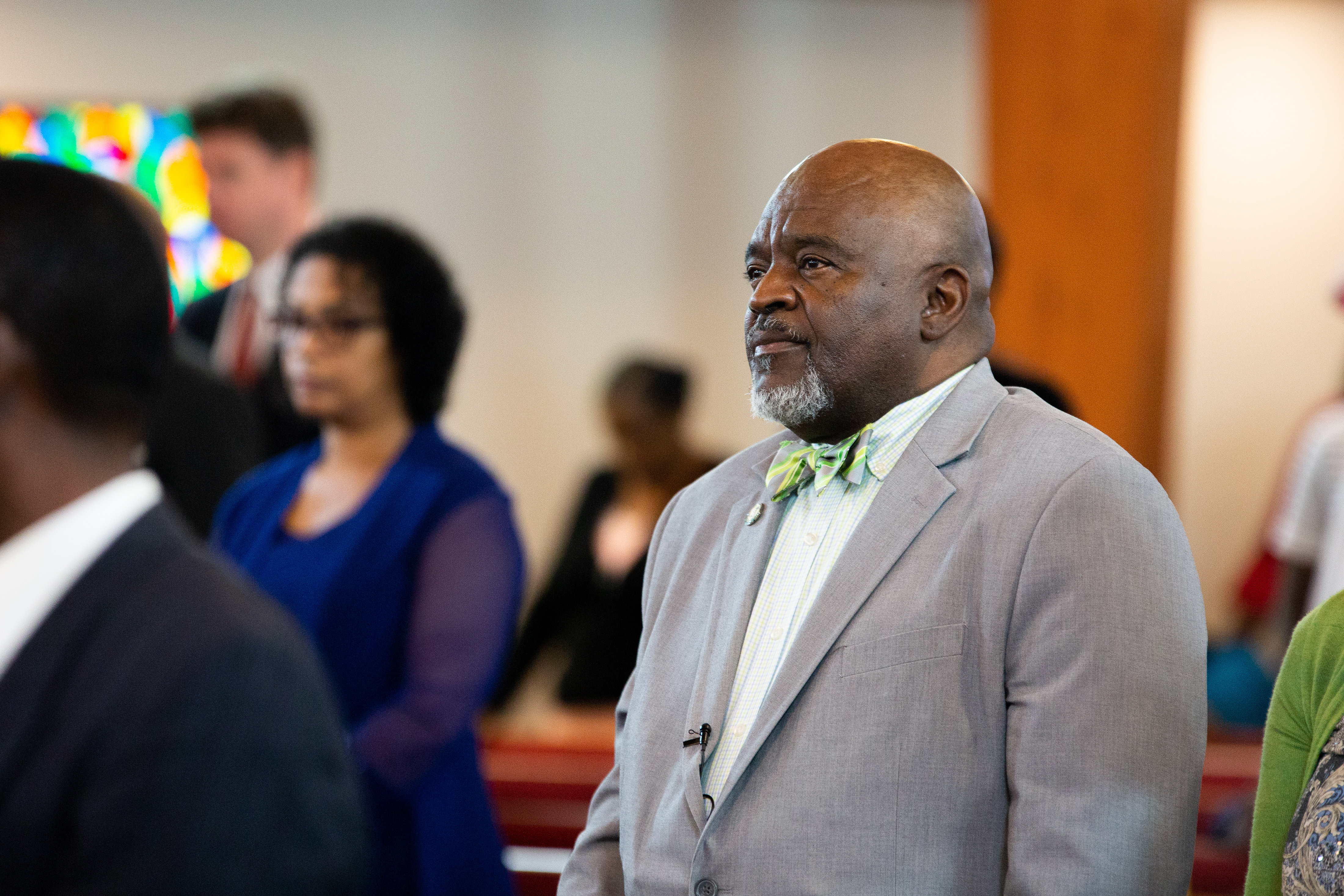 “In a sense attacking my faith and my ability to worship and putting my family’s livelihood at stake was a deeper attack than any that I’ve ever experienced. It was deeper than my race or color, it goes to the very core, my very soul of who I am.”—Darrell Patterson

Growing up as a black man in the pre-civil rights south made Darrell Patterson no stranger to discrimination and hostility. But nothing compares to the pain he experienced when he was forced to choose between his job and his Seventh-day Adventist faith.

Since childhood, Mr. Patterson has felt called to a strong devotion to God. As an adult, Mr. Patterson demonstrated his faithfulness by abstaining from work on the Sabbath day, a practice that is important to people of many faiths—but particularly for Seventh-day Adventists, as indicated by their name. For Mr. Patterson this means retreating from the distractions of everyday life to spend time with family, serve his community and worship God. Whether he is at home singing hymns or ministering to at-risk youth or the homeless, Mr. Patterson is faithful every Sabbath day.

In 2005, during his interview for a position at an Orlando Walgreens call center, Mr. Patterson made it clear that he wouldn’t be able to work from Friday sundown to Saturday sundown, and he was hired without a problem. For several years, Mr. Patterson loved his job and enjoyed interacting with new hires. He saw his work as an extension of his ministry and treated his colleagues with compassion. He was always available to work all other days of the week, including Sundays, and his colleagues were always more than happy to switch shifts with him on the rare occasion he was scheduled to work on a Saturday.

Employees shouldn’t be punished for their company’s mistakes

This attack on both his ability to worship and his family’s livelihood was unlike any other discrimination he had faced before. In 2014, Mr. Patterson sued Walgreens in Florida federal district court, which ruled in favor of Walgreens. On appeal, the U.S. Court of Appeals for the Eleventh Circuit also sided with the company. Both courts claimed that Walgreens had done enough to accommodate Mr. Patterson’s religious beliefs. In 2018, Mr. Patterson brought his case to the U.S. Supreme Court to defend his right to earn an honest livelihood while following his deeply held religious convictions.

Keeping holy days like Christmas, Yom Kippur, or a Sabbath like Mr. Patterson’s is a core religious practice for Americans of many different faith backgrounds. But because of a mistake made by Walgreens executives, Mr. Patterson was forced to choose between providing for his family and practicing a central tenet of his faith—a decision no American should have to make. The Supreme Court should step in to protect Mr. Patterson’s rights and clarify that employers must reasonably accommodate sincere religious practice, just as they do other protected characteristics like disability.

Along with its partners the Seventh-day Adventist Church and Gene Schaerr of Schaerr | Jaffe, Becket is defending Mr. Patterson and the right of Americans of all faiths to live and work according to their religious beliefs, including the fundamental practice of observing the Sabbath. The Supreme Court denied review in Patterson v. Walgreens on February 24, 2020.