Yeshiva University is America’s oldest Jewish institution of higher education. “Yeshiva” literally means a school for studying the Talmud—and Talmud studies remain at the heart of everything Yeshiva does. Most undergraduate students spend up to five hours each day in religious studies and all students are expected to uphold Torah values on campus, including by observing the laws of Shabbat and kashrut (Jewish dietary laws). In 2020, a small group of students demanded that Yeshiva approve a “Pride Alliance” club on its undergraduate campus. Following its 3000-year-old Torah values, Yeshiva determined it could not place its seal of approval on the proposed club. Now a small group of alumni and students have sued the school, asking a court to compel it to officially recognize a “Pride Alliance” club, notwithstanding Yeshiva’s religious decision, one made in consultation with its senior rabbinical leaders, that the club would be inconsistent with the religious atmosphere Yeshiva seeks to maintain on its undergraduate campus.

After the trial court ordered Yeshiva to give official recognition to Pride Alliance, Becket filed an emergency application asking the U.S. Supreme Court to protect its religious decision. The Supreme Court sent the case back to the New York Appellate Division for further consideration. This led the Appellate Division to agree to rehear its earlier denial of Yeshiva’s request to pause the order. Before the court could rule, the Pride Alliance agreed to enter into a stay agreement with Yeshiva. Now, the New York Appellate Division will hear and decide the merits of the case. Briefing will be completed by October 14, with oral argument sometime in November and a decision to follow. 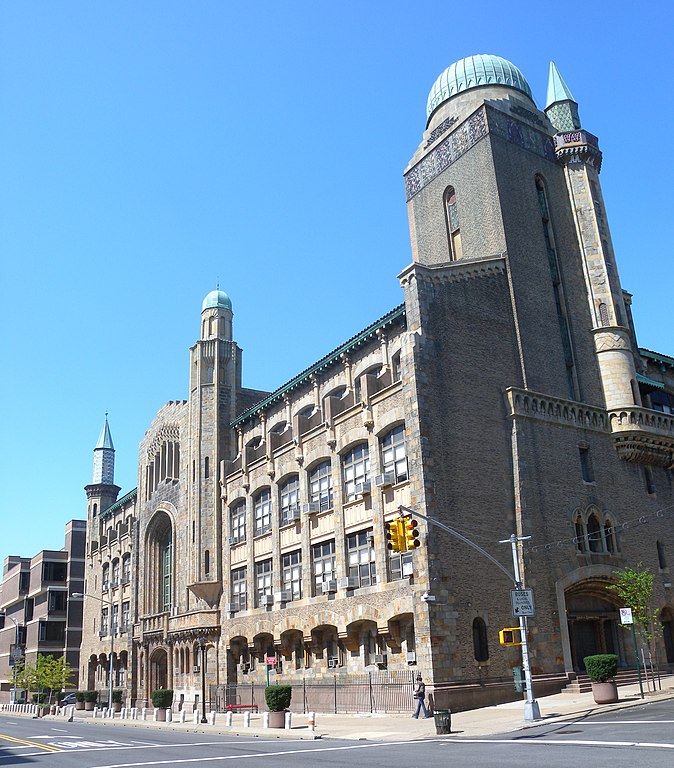 For more than 135 years, Yeshiva University has been a place where students can immerse themselves in Jewish culture to study the Torah, learn Hebrew, and receive an education steeped in the Modern Orthodox tradition. The school gets its name from the word “yeshiva,” referring to a Jewish religious school dedicated to study of the Talmud. True to its name, all undergraduate men spend two to six hours each day intensely studying Torah. Undergraduate women take at least two Jewish studies courses every semester. Shabbat (the Jewish sabbath) is observed campus wide, as are the laws of kashrut (kosher food).

As at most yeshivas and Jewish seminaries, there are sex-segregated classes, dorms, and even campuses. Students are strongly encouraged to dress and conduct themselves consistent with Torah values. Yeshiva’s strong religious environment pervades its campuses, accommodating and supporting the school’s reason for existing and the faith of its students.

Putting a judicial thumb on the scale

Yeshiva lives out its religious commitment by striving to bring Torah values to the modern secular world. In this pursuit, Yeshiva has long sought both to uphold Torah moral teachings and to welcome and protect its LGBTQ students. It has strong anti-discrimination policies and has held many public events over the past decade to explore what it means to be LGBTQ and Jewish, and how the University can demonstrate greater respect and understanding for LGBTQ students.

In 2020, a group of students asked Yeshiva to officially recognize a new student club called “YU Pride Alliance.” Following extensive discussion with the students, Yeshiva’s administrators and Roshei Yeshiva (“senior rabbis”) introduced several changes on campus to better support LGBTQ students. But Yeshiva concluded that a club called “Pride Alliance”—as described by the students and understand by the culture at large—would not be consistent with its Torah values. Nevertheless, Yeshiva remains committed to ongoing dialogue regarding forums or clubs that would be consistent with Torah values.

Unhappy with Yeshiva’s religious decision, the students sued. They now demand that a court force Yeshiva to endorse the Pride Alliance, regardless of its 3,000-year-old religious values.

Both the U.S. Constitution—as recently affirmed by the Supreme Court in Our Lady of Guadalupe—and New York City’s Human Rights Law protect Yeshiva University’s ability, as a private religious institution, to carry out its religious mission in keeping with its religious teachings.

After the New York County Supreme Court denied Yeshiva University’s arguments and concluded that the school was not a “religious corporation” under city law and not protected by the U.S. Constitution, the Court entered a permanent injunction ordering Yeshiva to “immediately” violate its Torah values and approve the club. On behalf of Yeshiva University, Becket moved quickly to request relief from both the New York Appellate Division and the New York Court of Appeals (the state’s highest court), but both requests were rejected on August 25, 2022. Becket filed an emergency request to the United States Supreme Court on August 29, 2022, requesting that the Court intervene to stay the violation of Yeshiva’s First Amendment rights pending appeal.

On September 9, Justice Sotomayor entered an emergency stay, protecting Yeshiva pending a full Court decision. In a 5-4 decision, the full Court lifted that stay, while also stating that “[i]f Yeshiva seek[s] and receive[s] neither expedited review nor interim relief from the New York courts, [it] may return to this Court.” At the same time, four justices dissented, saying that Yeshiva should have been granted immediate relief. And if Yeshiva comes back, they added, “Yeshiva would likely win.” Failure by the New York courts to grant relief, they said, would be “a shocking development that calls out for [SCOTUS] review.” The following Monday, the New York Appellate Division agreed to rehear its denial of Yeshiva’s stay request. After these two court rulings, Pride Alliance agreed to voluntarily stay the injunction against Yeshiva pending all appeals, including back up to the U.S. Supreme Court if necessary.

With an agreed-to stay, the New York Appellate Division will review the merits of the ruling against Yeshiva. Briefing in the case will be completed by October 14 and oral argument will occur in November. A decision will follow.