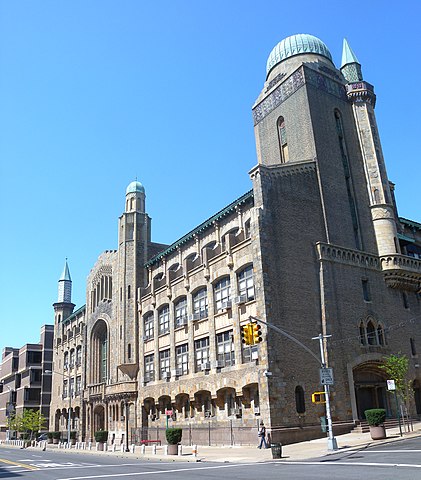 WASHINGTON – The nation’s oldest Jewish university just asked the Supreme Court to protect its First Amendment rights. Yeshiva University has been fighting in New York State courts for over a year to defend its right to conduct its internal affairs in accordance with its religious beliefs. Yeshiva is now asking the Court to protect its religious mission from government interference.

In YU Pride Alliance v. Yeshiva University, a group of students is demanding that the University officially recognize an LGBTQ Pride Alliance club on campus. The lower court rulings would force Yeshiva to put its stamp of approval on a club and activities that are inconsistent with the school’s Torah values and the religious environment it seeks to maintain on its undergraduate campuses.

“The Torah guides everything that we do at Yeshiva—from how we educate students to how we run our dining halls to how we organize our campus,” said Ari Berman, president of Yeshiva University. ”We care deeply for and welcome all our students, including our LGBTQ students, and continue to be engaged in a productive dialogue with our Rabbis, faculty and students on how we apply our Torah values to create an inclusive campus environment. We only ask the government to allow us the freedom to apply the Torah in accordance with our values.”

Established in 1886, Yeshiva University is the United States’ foremost expression of the Torah Umadda philosophy, which advocates for participation in secular culture in accordance with Torah values. Those values pervade all life at the university.

While the school welcomes and provides support services to its LGBTQ students and bans anti-LGBTQ bullying and discrimination in accordance with its multimillennial tradition of Torah values, in 2020, a small group demanded that Yeshiva recognize a “Pride Alliance” club on campus. These few alumni and students sued the school, insisting that – despite its 136-year commitment to its religious identity – the school was not in fact a religious institution, and demanded a court order the school to accept the club on campus while the lawsuit played out.

“When secular authorities try to tell Yeshiva University that it is not religious, you know something has gone terribly wrong,” said Eric Baxter, VP and senior counsel at Becket. “The First Amendment protects Yeshiva’s right to practice its faith. We are asking the Supreme Court to correct this obvious error.”