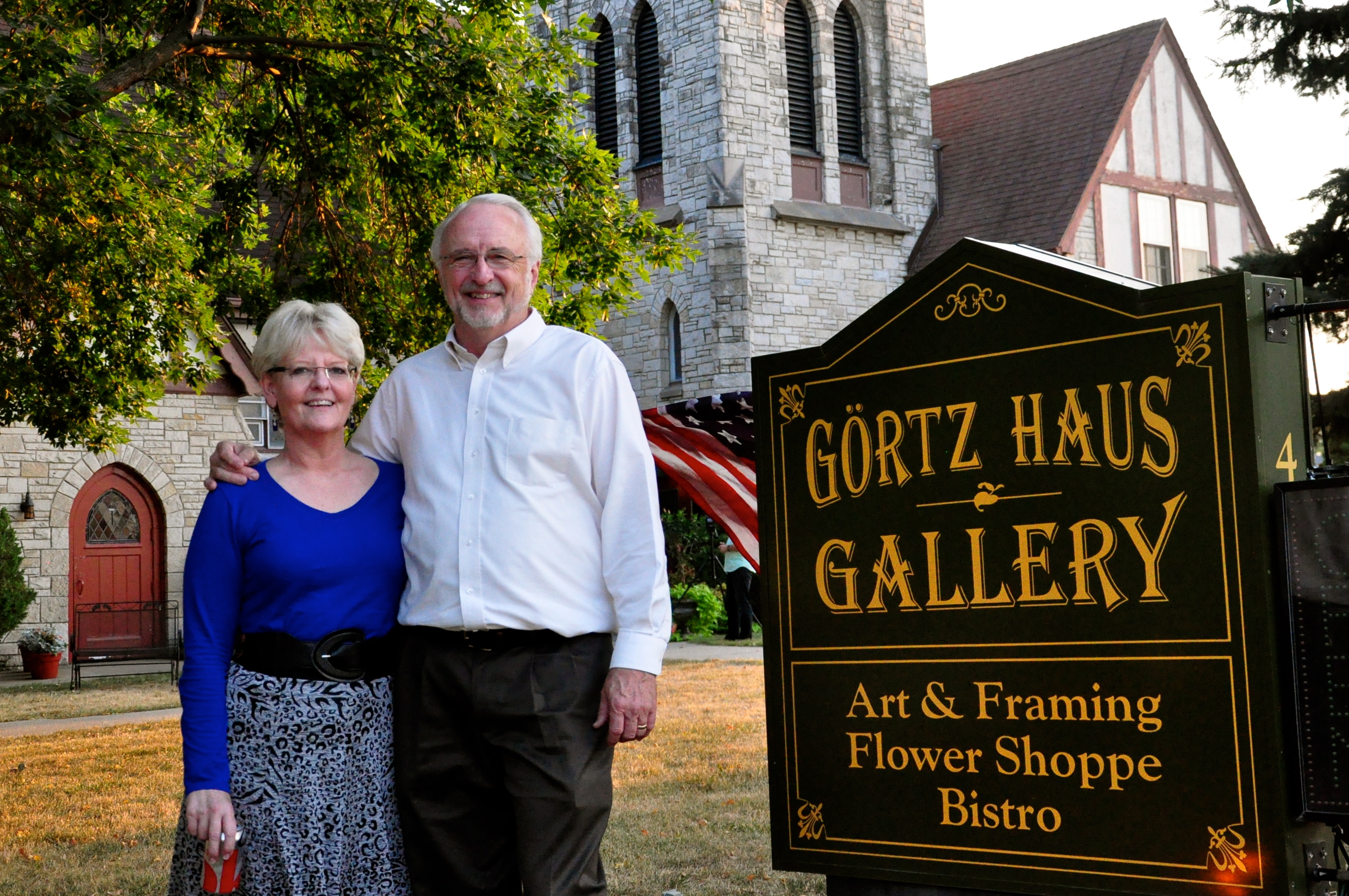 It was their home away from home.

Betty and Richard Odgaard are a small-town Mennonite couple. In 2002, they rescued a nearly century-old church that was going to be torn down to make room for a gas station. Instead, they converted the church into an art gallery to display Betty’s and other local artists’ work. Inside the Görtz Haus Gallery, the couple also ran a bistro and a small framing, flower, and gift shop.

The Odgaards also personally hosted weddings in the old sanctuary several times a year. For every wedding, Betty would meet with the bride multiple times, plan the celebration, and design the wedding flowers and decorations. Richard would prepare the sanctuary for the ceremony, handle the sound system, and assist the officiant and guests. Each wedding kept them at the gallery from morning until night to set up, facilitate, and clean up after the ceremony. Running the gallery wasn’t just a business; it was the Odgaards’ life’s work.

Their life’s work as an expression of their faith

Betty and Richard chose to keep the church’s religious elements as an expression of their Christian faith. Latin crosses still adorn the building, both inside and out. Stained glass windows depict Biblical images, and a scripture verse on the wall welcomes all visitors. Many of Betty’s paintings displayed in the gallery also express religious themes.

Through the years, the Odgaards gladly hired gay employees and served gay customers at the gallery’s shops and bistro. However, they could not participate in a wedding ceremony that violated their religious beliefs.

After over a decade, the Odgaards were forced to shut down the gallery when the Iowa Civil Rights Commission tried forcing them to personally host a same-sex wedding ceremony in violation of their religious beliefs. The state’s prosecution began after a same-sex couple sued the Odgaards, even though there were numerous nearby venues that are eager to host same-sex weddings.

An intense media campaign was launched against the Odgaards. They were subjected to hate mail, boycotts, personal attacks, and even death threats. Officials in the Civil Rights Commission showed open disdain for the Odgaards’ religious rights, and even denied them access to state court to defend their religious liberty claims. Shockingly, the state refused to dismiss its case against the Odgaards even after the two men—contrary to their prior sworn statements—admitted they had been married months before asking the Odgaards to host their ceremony.

Becket defended the Odgaards in their lawsuit. Facing growing pressure from the state and potentially years of legal proceedings, the Odgaards chose to remain true to their faith. They settled the charges brought against them, paying thousands of dollars to the couple, and agreed to stop hosting all weddings. Without this vital income, the Odgaards were forced to close the gallery.

While heartbroken to see their life’s work end this way, the Odgaards’ faith is stronger than ever, and they’re certain they did the right thing in staying true to their beliefs.

A local church later purchased the gallery as a house of worship, which would mean it can continue to express the Odgaards’ Christian faith—and this time, even the state of Iowa has to respect it.