Regina Frost is an OB-GYN and a member of the Christian Medical & Dental Associations. Religious healthcare professionals like Dr. Frost care for all patients and are consistently on the frontlines serving the most vulnerable members of our society, including underserved poor and migrant communities; victims of gang violence, sex trafficking, opioid addiction, and deadly epidemics and prisoners living with HIV. In May 2019, HHS released a new Conscience Rule enforcing existing laws that allow religious healthcare professionals to continue their important work without having to perform certain procedures which would be inconsistent with their beliefs. But several states, including the state of New York, are now suing to block this rule and force Dr. Frost and others to either violate their conscience or end their practice. Becket is defending medical conscience rights for religious healthcare professionals nationwide so that they can continue their ministry providing compassionate care across the globe.

On June 25, 2019 Becket moved to intervene on behalf of Dr. Frost and the Christian Medical & Dental Associations in federal court, arguing that no healthcare professional should be forced to choose between violating her conscience or providing compassionate medical care. On November 6, 2019, a federal court ruled against the Conscience Rule, threatening the ability of religious doctors like Dr. Frost to serve communities without being forced to perform procedures against their beliefs. CMDA, Dr. Frost, and HHS appealed to the Second Circuit, and filed their opening briefs on April 27, 2020.

Memorandum in Support of the Motion to Intervene in New York v. HHS

Motion to Intervene by Dr. Regina Frost and CMDA in State of New York v. HHS 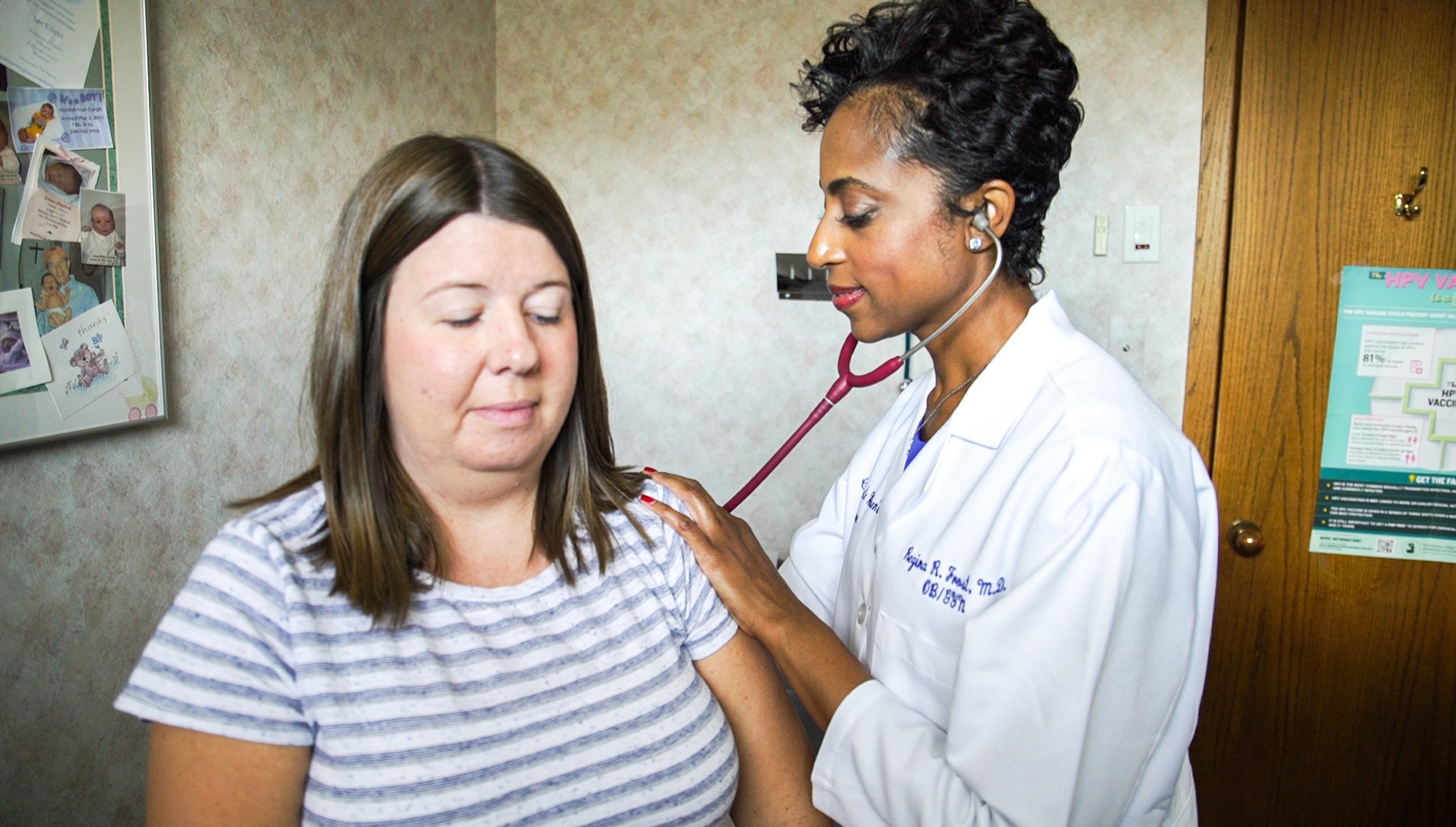 A doctor’s mission: hope and healing for everyone

Dr. Regina Frost has practiced medicine for 15 years, specializing in obstetrics and gynecology. She helps lead a network of female healthcare professionals called Women Physicians in Christ, a ministry of the Christian Medical & Dental Associations (CMDA) that is committed to supporting women physicians and dentists by integrating their personal, spiritual, and professional lives.

CMDA is an organization of over 19,000 healthcare professionals, including Dr. Frost, who are committed to living out their faith in their practice of medicine. CMDA members serve everyone and seek to treat all of their patients like Christ would, providing all with compassionate care, healing, and hope. CMDA medical professionals take an oath to do no harm and would never deny routine or life-saving care to anyone.

Their mission to heal takes CMDA doctors and nurses all over the globe. Within the U.S., CMDA members serve vulnerable populations including the homeless, prisoners living with HIV, and victims of opioid addiction, sex trafficking, and gang violence. Abroad, CMDA members serve in war zones, refugee clinics, and remote areas without quality healthcare. Several even contracted Ebola while providing treatment to patients during the deadly outbreak in Liberia.

Dr. Frost and other religious healthcare professionals are called to serve everyone with compassion. They only ask not to be forced to perform certain medical procedures that they believe would be inconsistent with their faith.

In May 2019 the Department of Health and Human Services (HHS) issued a Conscience Rule, reinforcing an existing law which allows religious doctors, nurses and healthcare professionals to serve their patients without being forced to violate their conscience. Several states, including the State of New York, immediately sued to overturn that rule and are willing to drive religious healthcare professionals like Dr. Frost out of the medical field.

No doctor should have to choose between giving up their faith and abandoning a vital medical mission. Indeed, recent polling from CMDA and USCCB confirms the importance of these conscience protections, both for religious healthcare professionals seeking to care for those most in need and for the clients they serve. But New York’s lawsuit needlessly threatens the health, safety, and lives of at-risk, underserved populations who voluntarily seek care from CMDA members across the nation and around the world.

Becket defends religious healthcare professionals and the people they serve

On June 25, 2019, Becket intervened to defend Dr. Frost and the Christian Medical & Dental Associations from New York’s lawsuit, arguing that healthcare professionals should not be forced to perform medical procedures that would require them to violate their beliefs. The Conscience Rule reaffirms what the First Amendment and dozens of federal statutes already guarantee: religious Americans—including doctors—do not have to compromise their faith to serve those in need.

On November 6, 2019, a federal court ruled against the Conscience Rule, threatening the ability of religious doctors to serve communities without being forced to perform procedures against their beliefs. CMDA, Dr. Frost, and HHS appealed to the Second Circuit, and filed their opening briefs on April 27, 2020.

Dr. Frost’s participation in the case is solely in her personal capacity and not on behalf of her employer.