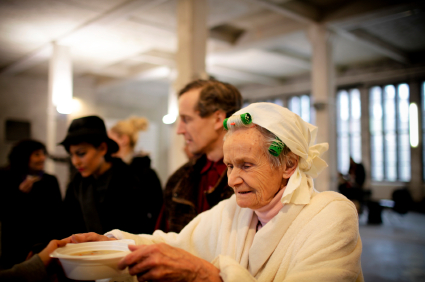 Greater Bible Way Temple is a large church with a commitment to serving the community of Jackson, Michigan. After several years of growth, it purchased some property across the street from its existing church in order to expand its ministries. Because of its religious commitment to the poor and needy of Jackson, it dedicated the land to providing low-cost housing to the disabled, elderly, and others in need. The Church understood from prior conversations with the city that the city was interested in seeing housing on that land; the land is zoned residential and is just a block from a large apartment complex. The church asked the city for a rezoning through a highly discretionary process, and the city denied the request. This prevented the church from proceeding with its ministry.

The Church sued the city of Jackson for violations of RLUIPA. Two lower courts agreed, finding that the city had imposed a substantial burden on the Church’s religious exercise. In a stunning decision, the Michigan Supreme Court reversed those decisions, ruling that not only was there no substantial burden, but that RLUIPA’s “substantial burden” provision does not even apply to rezoning actions. The Court even went so far as to say that the city’s interests in uniform zoning laws satisfied strict scrutiny, an extremely stringent legal test that requires the government to prove interests so strong that they could justify racial discrimination, content-based speech restrictions, and forced sterilization. The Michigan Supreme Court’s opinion does not explain how, under its rationale, a rezoning action could ever violate RLUIPA’s “substantial burden” provision.

Unfortunately, the U.S. Supreme Court elected not to hear the Becket Fund’s appeal.