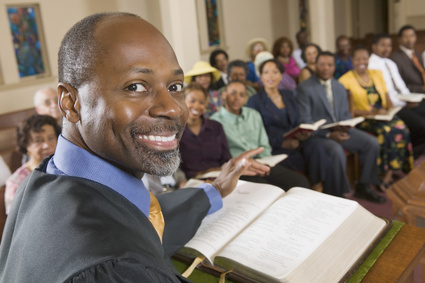 The city of Sand Springs, Oklahoma needed a new property to build a new commercial development complex, and it had eyes on the Centennial Baptist Church property. The city offered to purchase Church property and had indicated that it would invoke eminent domain to seize it if necessary. The church officially rejected the offer, refusing to leave the home that its small, but vibrant African-American congregation had worshiped in for decades.

In March 2006, Becket sent a letter to the City of Sand Springs, Oklahoma on behalf of Centennial Baptist Church, demanding that the city immediately end further attempts to seize the church’s property in violation of the Constitution.

“To put it simply,” the letter stated, “the church property is not for sale, and any attempt by the City to seize the Church’s property through eminent domain will be challenged by immediate legal action.”

The letter further cautioned the city that “the Church’s right to engage in religious exercise on its property, free from government burden and interference, is fully protected by the First and Fourteenth Amendments of the United States Constitution, the Oklahoma Religious Freedom Act, and the Religious Land Use and Institutionalized Persons Act of 2000.”

Rather than face Becket in court, the city immediately dropped its plans to use eminent domain to seize the property, and the people of Centennial Baptist Church were able to continue worshiping in their house of worship as they had for decades.