Their faith is the candle within. Its suffuses all they do. And when the state demands disloyalty to one’s faith as the price for entering society, that is an assault on the human soul, and that is intolerable, because “the soul of man is the candle of God.”

Religious freedom is the philosophical lynchpin of what lies at the heart of American ideals.

Rabbi Dr. Meir Soloveichik is an American Orthodox rabbi and scholar. He is an eloquent and ardent advocate for religious liberty as well as a champion of interfaith relations, individual liberty, and of cultivating one’s own faith while being an active participant in the public square.

In 2013, Rabbi Soloveichik was named the head of Shearith Israel in New York City, the oldest Jewish congregation in the United States. He is their tenth minister since the American Revolution and comes from a long line of renowned Orthodox rabbis known as leaders of the American Jewish tradition called Modern Orthodoxy. In that capacity, Rabbi Soloveichik has become known for his commitment to civic outreach, community building, and Jewish education.

Rabbi Soloveichik is also an esteemed scholar of Jewish theology, the philosophy of religion, and the American Founding. He obtained his rabbinic ordination from the Rabbi Isaac Elchanan Theological Seminary of Yeshiva University and holds a Ph.D. from Princeton in religion. Currently, he serves as Director of the Zahava and Moshael Straus Center for Torah and Western Thought at Yeshiva University.

He is perhaps best known for the serious way he engages the culture at large. He has written for a variety of outlets including The Wall Street Journal, First Things, Commentary, and The Forward, has been featured in the New York Times, and lectures and presents in a wide range of public forums. A champion of religious liberty for people of all faiths, his star is rising, and Becket is delighted to honor him with the 2018 Canterbury Medal.

Photos from the event

Commentary: The Theologian of the American Idea (Dr. Soloveichik) 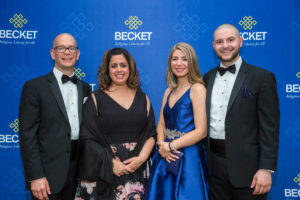 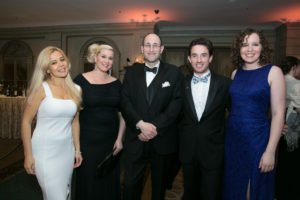 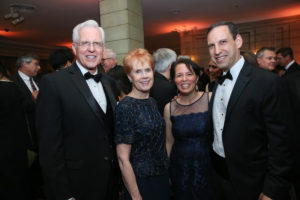 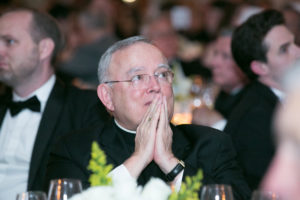 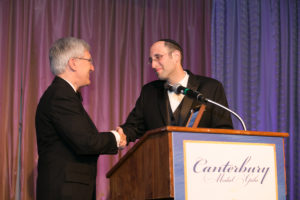 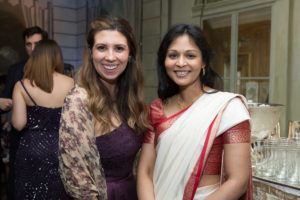