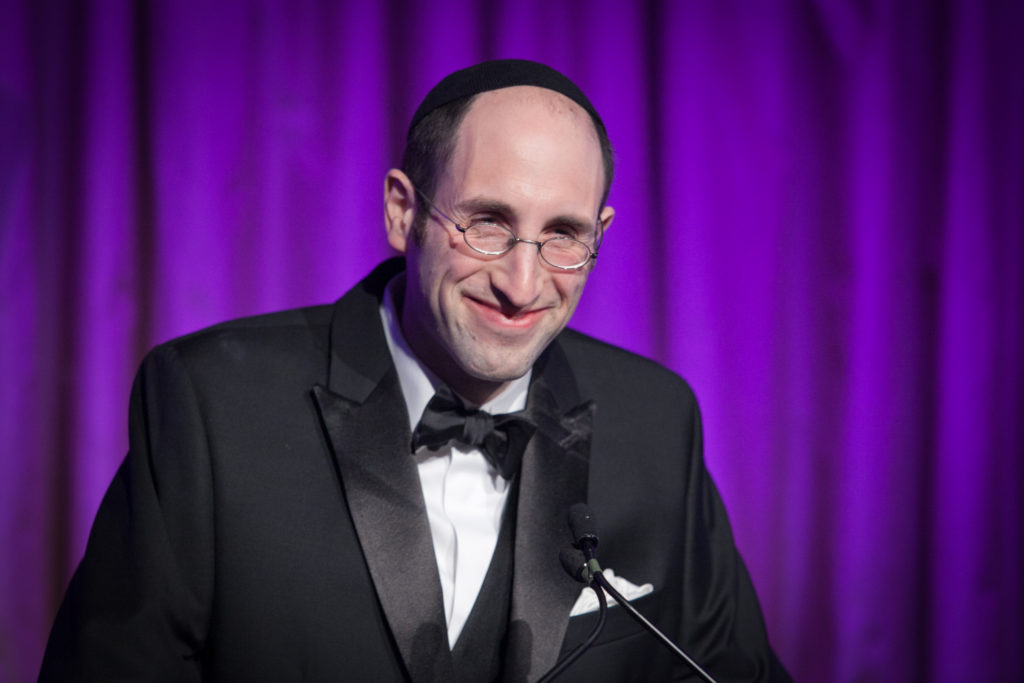 WASHINGTON, D.C. – Rabbi Dr. Meir Soloveichik, Orthodox rabbi and spiritual leader of the oldest Jewish congregation in the U.S., is the 2018 Canterbury Medalist for his public defense of religious liberty for people of all faiths. The Canterbury Medal, Becket’s highest honor, recognizes an individual who has demonstrated courage and commitment to defending religious liberty in America and around the world.

Rabbi Dr. Meir Soloveichik works tirelessly to strengthen interfaith relations in America, advocating alongside religious leaders of diverse American faith communities to protect religious education and conscience protections, and to strengthen individual religious identities. He is a strong advocate of cultivating one’s own faith and being an active participant in the public square, emphasizing, “sacrificing the exclusive nature of religious truth in the name of dialogue would help neither Jews nor Christians,” adding that “in seeking the moral betterment of man, specific religious beliefs … serve to unite rather than divide us.”

“Rabbi Soloveichik is dauntless in his defense of religious liberty and has the courage, tenacity and humility to forge the road ahead,” said Archbishop Charles J. Chaput, O.F.M. Cap. of Philadelphia and 2009 Canterbury Medalist.

A descendant of a long line of renowned Orthodox rabbis, in 2013 Soloveichik was named the spiritual leader of Shearith Israel in New York City, the oldest Jewish congregation in the United States. He is the tenth minister to serve in that role since the American Revolution. He is also an esteemed scholar of religion, theology, and the American Founding, holding a Ph.D. from Princeton in religion, and serves as director of the Zahava and Moshael Straus Center for Torah and Western Thought at Yeshiva University. He lectures globally and writes extensively, publishing in outlets from The Wall Street Journal, to The Forward, on the history of faith and religious freedom in America, has been featured in the New York Times, and is a sought-after commentator on the Jewish faith in America.

“Rabbi Soloveichik is that rare leader who combines erudition, courage and moral clarity. The religious liberty fight benefits from these powerful gifts,” said Bill Mumma, CEO and board chair of Becket.

The Canterbury Medal draws its name from one of history’s most dramatic religious liberty stand-offs, which occurred between Archbishop of Canterbury Thomas à Becket, the law firm’s namesake, and King Henry II of England. The annual Canterbury Gala, which honors the award recipient, is a black-tie event held at the Pierre Hotel in New York and is attended by the world’s most distinguished religious leaders and religious liberty advocates.

Roger Hertog, president of the Hertog Foundation and chairman of the Tikvah Fund, and Dr. Josephine Templeton, Trustee of the John Templeton Foundation, will serve as co-chairs of the 2018 Canterbury Medal Gala.