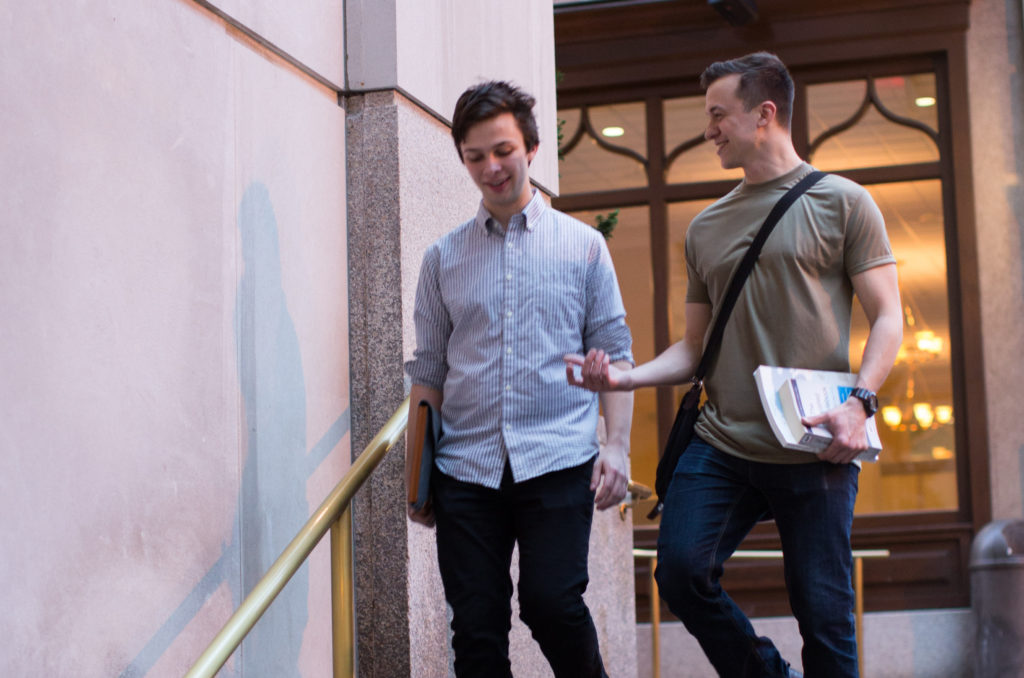 WASHINGTON – A federal appeals court just ruled that University of Iowa officials who kicked a student club off campus because of its faith can be held personally accountable for the harm they caused. The university targeted Business Leaders in Christ, or BLinC, for requiring its student leaders to affirm the Christian faith. The university oddly claimed this was a violation of its nondiscrimination policy, even though it allowed other religious groups to select faith-compliant leaders and openly encouraged other groups—like fraternities and sororities—to select leaders based on other characteristics covered by the nondiscrimination policy. Today, the U.S. Court of Appeals for the Eighth Circuit recognized this selective enforcement of the university’s policy for what it is: blatant viewpoint discrimination that violates the First Amendment. And its ruling makes clear that university officials are personally responsible for such knowingly unconstitutional conduct.

In a partial concurrence/partial dissent, Judge Kobes concluded with these words:

The law is clear: state organizations may not target religious groups for differential treatment or withhold an otherwise available benefit solely because they are religious. That is what happened here. The individual defendants may pick their poison: they are either plainly incompetent or they knowingly violated the Constitution. Either way, they should not get qualified immunity.

BLinC is a Christian student group at the university that helps business students live out their faith in the workplace. The university initially recognized its members as some of the best students on campus and assured them they could select leaders who embraced their faith. But the university later did an abrupt about-face, accusing BLinC of discrimination and kicking it off campus.

“BLinC takes good students and makes them better by strengthening their resolve to remain true to their moral compass in the cutthroat business world,” said Eric Baxter, vice president and senior counsel at Becket. “Any wise university would be thrilled to have them on campus, but the University of Iowa tried hounding them off instead. Fortunately, the First Amendment protects their right to remain on campus on the same terms as every other student group.”

In October 2017, after a student complained about being denied a leadership position, school officials subjected BLinC to a lengthy investigation, ultimately demanding that it “revise” its beliefs and strip faith out of its leadership criteria. But while BLinC welcomes all students as members, to maintain its religious mission, it needs leaders who agree with its faith. While other campus clubs were allowed to set their own criteria for leaders, the school removed BLinC from campus for doing the same and told them their leadership selection was discriminatory.

Even after a federal judge warned the university about its double standards, university officials went on a deregistering spree to cover their tracks, ultimately kicking other Christian, Sikh, and Muslim student groups off campus for reserving leadership positions for students who shared their faith. But at the same time, fraternities and sororities, political groups, and other ideology-based organizations were left untouched, even though they discriminate based on sex, other characteristics protected by the nondiscrimination policy, or—like BLinC—agreement with their underlying mission. A lower court last year ruled that the court’s discrimination against BLinC was illegal, and that the university had to let BLinC back on campus once and for all. The Eighth Circuit’s decision affirms that ruling, while holding the individual officials personally responsible for their discriminatory application of the university’s nondiscrimination policy.

“It’s deeply ironic that school officials tried using the university’s nondiscrimination policy to discriminate against religion,” said Baxter. “They knew this was wrong, yet did it anyway. We’re pleased the court has recognized that such blatant religious discrimination brings personal consequences.”