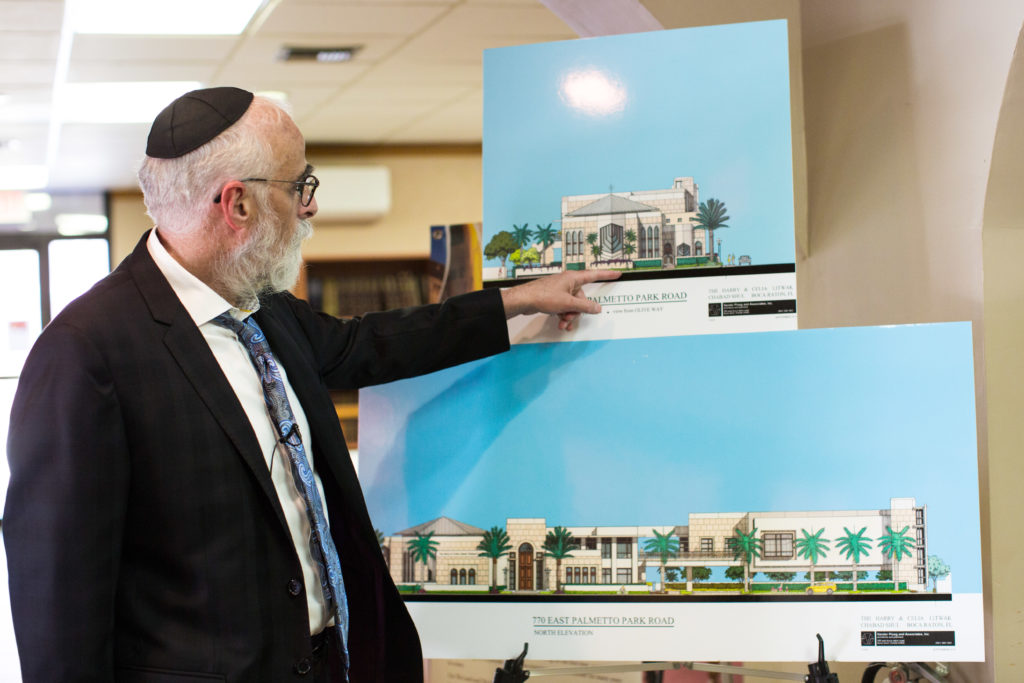 WASHINGTON, D.C. – A Florida Jewish congregation was in court this morning to defend itself against a lawsuit attempting to discriminate against houses of worship. In Gagliardi v. The City of Boca Raton, Florida, the Chabad of East Boca Raton asked the U.S. Court of Appeals for the Eleventh Circuit to protect its right to equal access to build in Boca Raton’s business district, as required by federal law (watch this video about the Chabad’s experience).

The lawsuit was filed by two landowners opposed to the synagogue, claiming the city established Judaism as the city’s official religion by simply granting equal access for houses of worship, including synagogues, to be built in the business district. But federal law requires equal access to religious groups, so it came as no surprise that the landowners suffered back to back losses in federal district court. They then chose to appeal those losses, prolonging a decade-long battle to prevent the Chabad from building.

“All we’re asking for is equal treatment,” said Rabbi Ruvi New, head of the Chabad of East Boca Raton. “We’re grateful that the City and our local community have long treated us fairly, and we’re hopeful that the Court will protect our right to be equal members of the Boca Raton community.”

In 2007, the Chabad began encountering hostile, well-organized, and well-financed opposition to its synagogue’s construction plans. That opposition ultimately culminated in the federal lawsuit against the Chabad, where two landowners claimed that allowing the synagogue to be built violated the U.S. Constitution’s Establishment Clause—even though the 2008 city ordinance they challenged grants equal access for all faith groups. Now on appeal, the two landowners are saying that allowing any houses of worship to build would harm them by causing traffic problems, even though they have no complaints about nearby strip malls, 7-11s, and even 22-story condos. In response, national and international groups and local leaders filed friend-of-the-court briefs supporting the Chabad and explaining that the landowners were asking the Court to rubber-stamp religious discrimination.

“Granting equal treatment is the opposite of establishing a religion. Saying otherwise is not just an attack on the Chabad, but also an attempt to undermine civil rights for every house of worship,” said Daniel Blomberg, counsel at Becket, which represents the Chabad of East Boca Raton. “It’s been ten years; it’s time to stop hurling lawsuits at a synagogue and well past time to let it have its equal chance to build a home for its members.”

Payvand Ahdout presented oral argument on behalf of the Chabad at the hearing. The Chabad of East Boca is represented by Becket and Kirkland & Ellis. A decision is expected later this year.