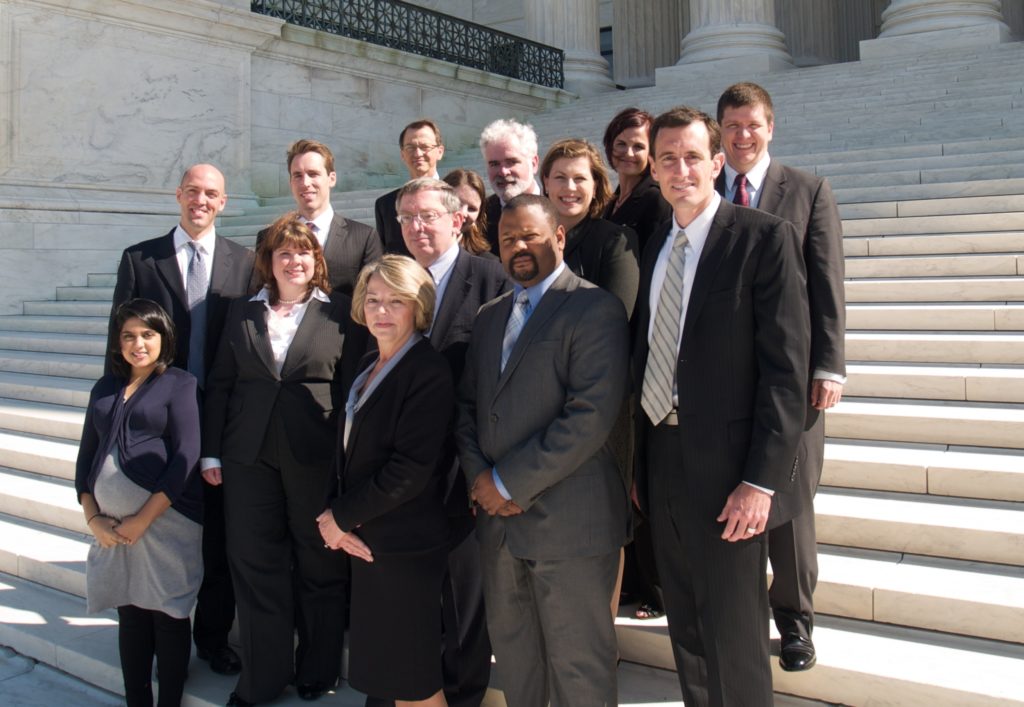 Today, U.S. Supreme Court Justices criticized the federal government’s argument that the Religion Clauses of the First Amendment do not apply to church decisions about hiring and firing ministers, calling the aggressive position “extraordinary” and “amazing.” The sentiment bridged the Court’s traditional ideological divisions, with Chief Justice Roberts, and Justices Kagan, Breyer, Scalia, and Alito all expressing disbelief.

The Court also repeatedly asked the government how courts could decide questions of pretext without deciding religious questions. Justice Alito said he had decided “dozens and dozens” of pretext cases, adding: “In every pretext case that I’ve ever seen” it comes down to the “real reason” that the employer fired the employee; but with religious employers deciding the real reason forces a court to make religious value judgments.

Justice Breyer also emphasized the difficulty of deciding questions of pretext: “There’s no way to avoid getting into [religious] matters.” Chief Justice Roberts said: “You’re making a judgment about how important a practice is to a church.”

Finally, the Court wrestled with how to define which employees are “ministers.” The Solicitor General argued that employees who have any important administrative functions are not ministers. Reacting to that argument, Roberts incredulously asked: “The Pope is a head of state and has important administrative functions, so he’s not a minister?” Professor Douglas Laycock, arguing on behalf of the Church, said that a person is a minister if they hold ecclesiastical office within the church and perform important religious functions, such as teaching religious doctrine.

After the argument, Professor Laycock said: “We were encouraged that the Court obviously rejects the government’s extreme position. The question is how to decide who is a minister, and the plaintiff in this case obviously fits the bill: She held ecclesiastical office, taught daily religion classes, and led students in prayer and worship.” He added: “She was the primary means by which the church communicated the faith to the next generation.”

Asked by reporters after the argument whether she was a minister or not, the plaintiff Cheryl Perich said: “No response.”

Becket Law is a non-profit, public-interest law firm dedicated to protecting the free expression of all religious traditions. For over 20 years, it has defended clients of all faiths, including Buddhists, Christians, Jews, Hindus, Muslims, Native Americans, Sikhs, and Zoroastrians (read more). ”