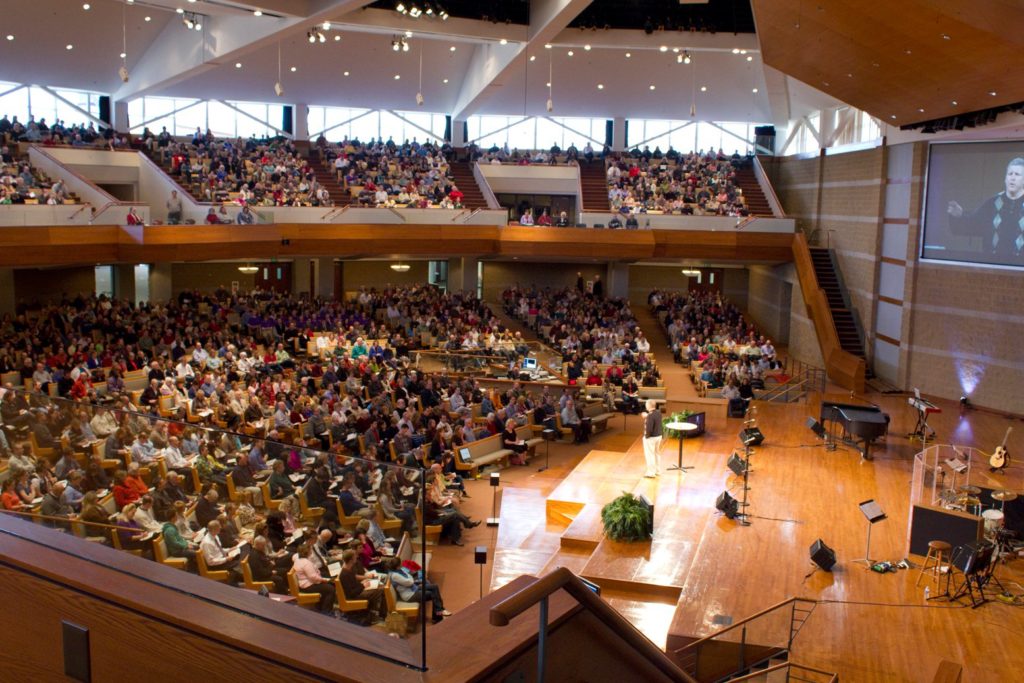 Washington, DC – Today, the Supreme Court was asked to weigh in on a landmark religious liberty case involving the use of church property by the government. Becket Law, Professor Michael McConnell of Stanford Law School, the law firm of Kirkland & Ellis LLP, and the law firm of Axley Brynelson, LLP, filed a petition for certiorari in the United States Supreme Court appealing a court decision that would make it illegal in many circumstances for governments to rent space from churches.“If the Supreme Court agrees to hear the school district’s appeal, it has the potential to become one of the most significant church–state cases in many years,” said Luke Goodrich, Deputy General Counsel at Becket Law. The case began in 2009, when a secularist organization sued two Wisconsin high schools for their decade-old practice of holding high school graduations in a rented church auditorium. The schools rented the auditorium at the request of their students, who complained that the alternative facilities—the school gymnasiums—were uncomfortable, lacked air conditioning, and lacked adequate space for friends and family to attend.After several years of litigation, a sharply divided United States Court of Appeals for the Seventh Circuit ruled that renting the church auditorium was unconstitutional. Although the graduation ceremonies were completely secular, with no prayer or any other religious references, the Court held that the “pervasively religious environment” of the auditorium—which included a large cross, Bibles and hymnals in the pews, and church brochures in the lobby—created the risk that graduating students would “perceive the state as endorsing a set of religious beliefs.” Judges Ripple, Posner, and Easterbrook dissented, arguing that the court’s ruling would expose school districts across the country to liability and showed unnecessary hostility to churches.“Public schools across the country rely on churches to provide a comfortable, cost-effective facility for graduation ceremonies,” said Goodrich. “Religion is not asbestos, and the Constitution does not require the government to treat churches as contaminated buildings that are uniquely unfit for public events.”The lead attorney in the Supreme Court appeal, Michael McConnell, is a former judge on the United States Court of Appeals for the Tenth Circuit, a leading constitutional law scholar, and a veteran of over a dozen Supreme Court arguments. Becket is a non-profit law firm dedicated to protecting the free expression of all religious traditions; most recently, it won a 9-0 Supreme Court victory in Hosanna-Tabor v. EEOC, which the Wall Street Journal called one of “the most important religious liberty cases in a half century.” Kirkland & Ellis is an international law firm with one of the premier appellate and Supreme Court practices in the country. Axley Brynelson is a leading Wisconsin law firm that represented the school district in the Seventh Circuit.

Becket Law is a non-profit, public-interest law firm dedicated to protecting the free expression of all religious traditions—from Anglicans to Zoroastrians. For 18 years its attorneys are recognized as experts in the field of church-state law.