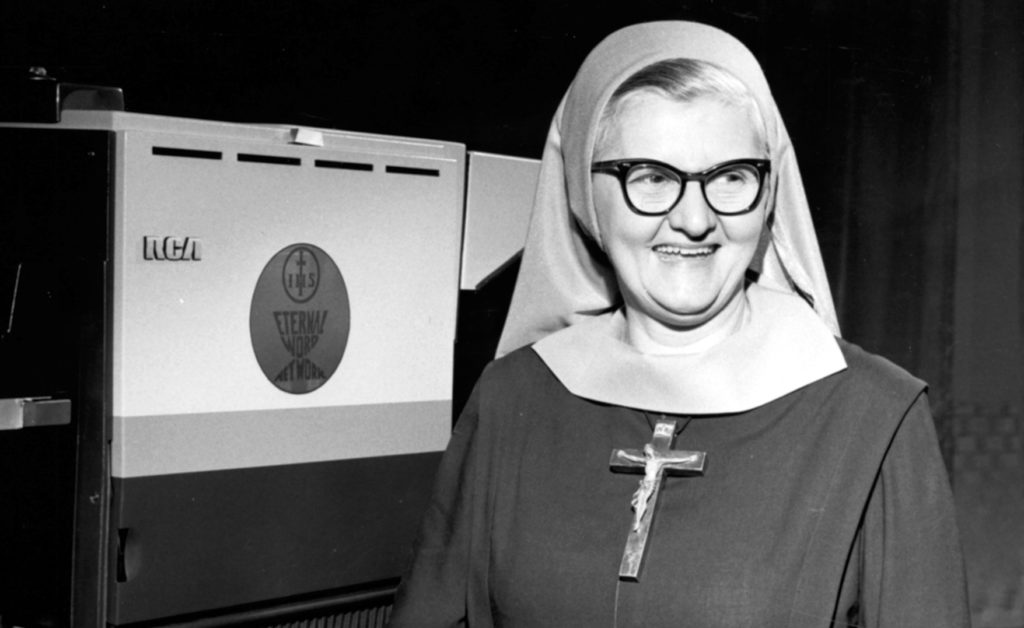 Washington, D.C. – Today, Becket and Alabama Attorney General Luther Strange joined forces with Eternal Word Television Network (EWTN) in filing a new lawsuit challenging the controversial HHS mandate which forces the Catholic network to violate their religious teachings or pay crippling fines.  EWTN’s original lawsuit against the mandate was delayed for over a year by the government’s promise of a fix.  But the final version merely added another layer of bureaucracy while keeping the basic requirement that religious organizations cover contraceptives, sterilization, and abortion-inducing drugs against their consciences.

“Version 2.0 of the mandate is just as bad as version 1.0,” said Lori Windham, Senior Counsel at Becket. “It would still force the world’s preeminent Catholic network to betray publicly the very teachings it was founded to promote, and which it promotes on a daily basis.”

Thirty-two years ago, Mother Angelica, a cloistered nun, founded a small television network in her monastery garage with a mission to spread the teachings of her Catholic faith. Today, EWTN has become the largest religious media network in the world, transmitting programming 24 hours a day to televisions in more than 230 million homes, according to the organization’s website. As a Catholic network whose sole purpose is to spread the word of God, EWTN must now fight for the right to remain faithful to the very Catholic message it advances.

“EWTN has no other option but to continue our legal challenge to the mandate,” said EWTN Chairman and CEO Michael P. Warsaw. “The revised rules, published by the government in July, have done nothing to address the serious issues of conscience and religious freedom that EWTN has been raising since the Mandate was first published last year.  The government has decided that EWTN is apparently not religious enough to be exempt from the rule. It has still placed us in a situation where we are forced to offer contraception, sterilization, and abortion-inducing drugs as part of our employee health plan or to offer our employees and their families no insurance at all. Neither of these options are acceptable. The mission of EWTN is not negotiable.”

After their original lawsuit was dismissed earlier this year, EWTN and the Attorney General of the State of Alabama joined Becket today in filing a new lawsuit against the unconstitutional contraception mandate.

“I am proud to stand with EWTN to oppose this unconscionable mandate.  Whatever we personally may think about contraception and abortion-inducing drugs, the government should not be in the business of forcing people to violate their religious convictions,” said Luther Strange, Attorney General for the State of Alabama.

For more information, or to arrange an interview with one of the attorneys, please contact Melinda Skea, Communications Director, at media@becketlaw.org or call 202.349.7224.

Becket is a non-profit, public-interest law firm dedicated to protecting the free expression of all religious traditions. Becket has a 17-year history of defending religious liberty for people of all faiths. Its attorneys are recognized as experts in the field of church-state law. They recently won a 9-0 victory against the federal government at the U.S. Supreme Court in Hosanna-Tabor v. EEOC.