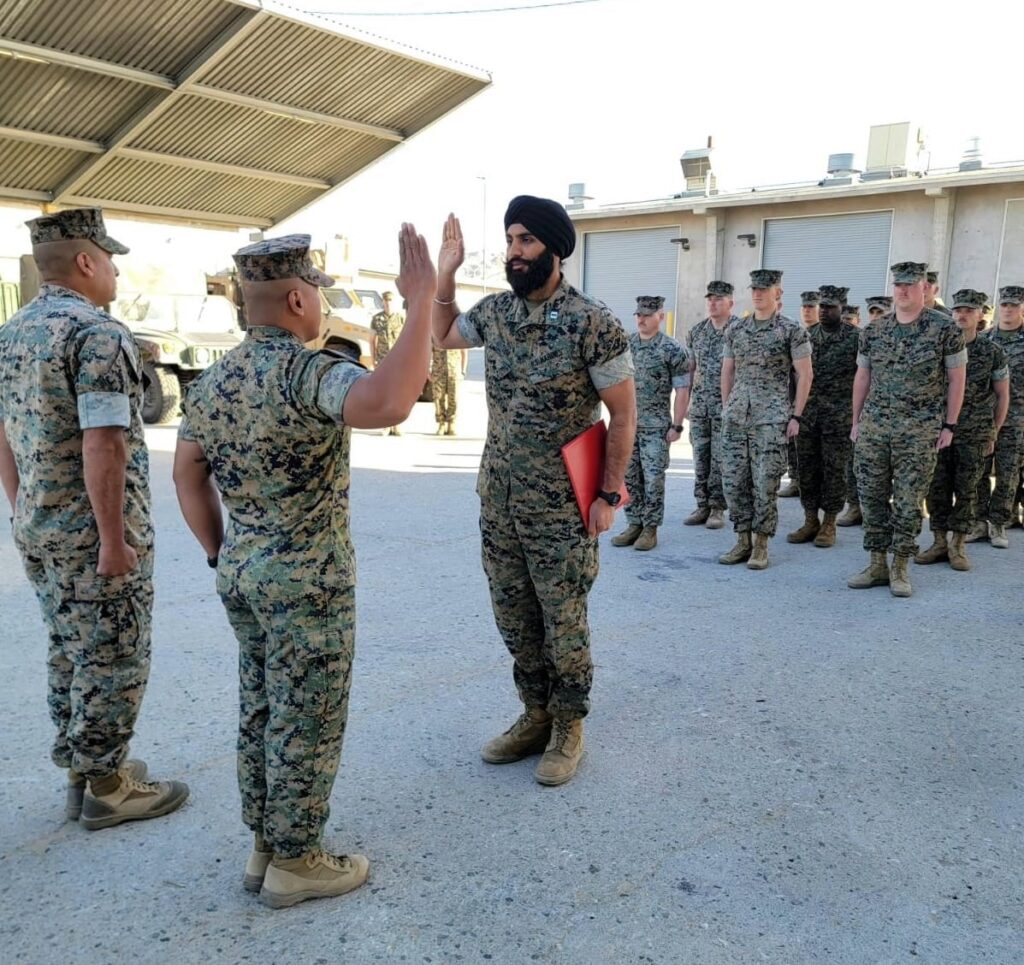 WASHINGTON – Three Sikh recruits to the United States Marine Corps will be in the District Court for the District of Columbia tomorrow to defend their right to maintain their religious beards during basic training. Recruits Aekash Singh, Jaskirat Singh, and Milaap Singh Chahal were all granted religious accommodations by the Marines, except during basic training and when deployed to “combat zones.” The Marine Corps contends that accommodating during basic training would disrupt troop uniformity. In Toor v. Berger, Becket, Winston & Strawn LLP, the Sikh Coalition, and BakerHostetler are representing the recruits in their fight to freely exercise their religion throughout their service.

In recent years, the Marine Corps has significantly relaxed its uniformity requirements to diversify its ranks. In recent months, it introduced rules making it easier for Marines suffering from pseudofolliculitis barbae (razor bump) to get medical accommodations for their beards, including during boot camp. It also relaxed rules prohibiting tattoos, so that individuals with tattoos anywhere except on the face, neck, and hands are now eligible to serve. And female recruits have never been asked to shave their heads, as is required of all male recruits. Other rules allowing diverse hairstyles, painted nails, and foreign characters on nameplates have been introduced, specifically to facilitate greater diversity among recruits.

Plaintiffs Aekash Singh, Jaskirat Singh, and Milaap Chahal are simply asking the government to provide them religious accommodations that will allow them to serve, just as it has provided secular accommodations to allow others to serve. These Sikh men—and all other religious observers in the armed forces—should not have to choose between exercising their faith and serving their country.

What:
Hearing in Toor v. Berger