Link: Recording of the Panel Discussion 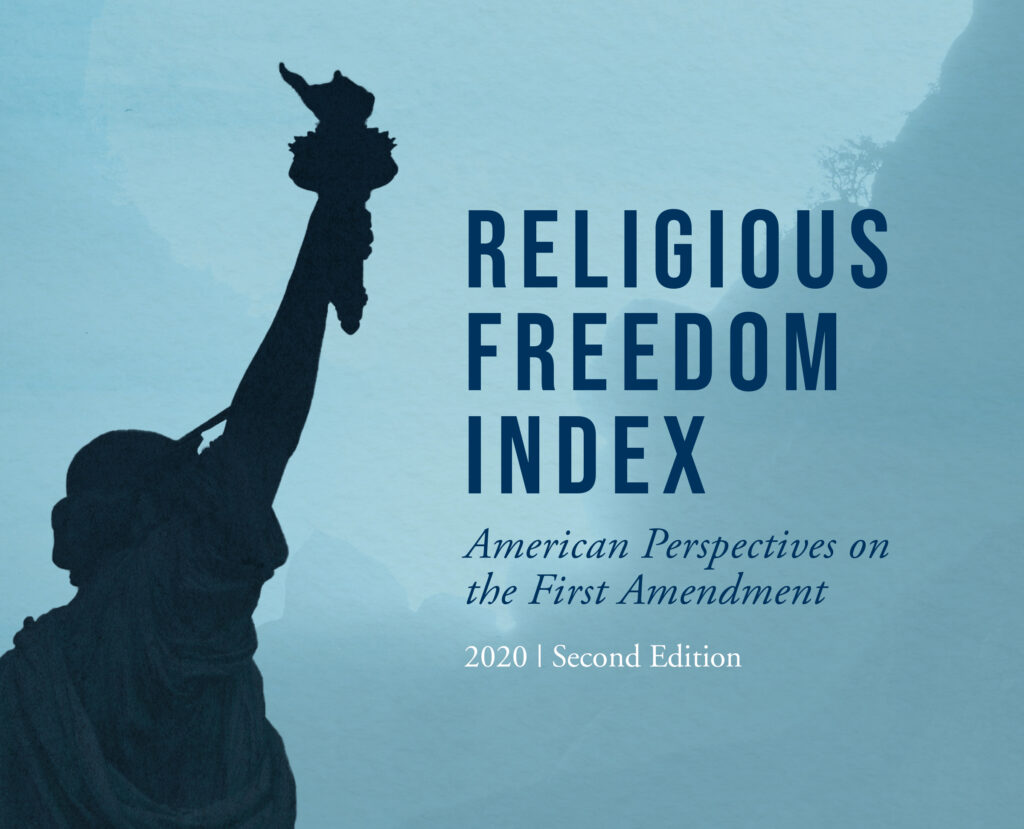 WASHINGTON – Becket has just released the second annual Religious Freedom Index, the only annual poll that tracks trends across a full spectrum of opinions on American religious freedom. This year’s Index found that, despite the immense challenges of 2020, Americans are steadfast in their belief in the importance of religious freedom. In addition to the Index questions, this year’s poll asked about Americans’ opinions on the intersection of religious liberty and COVID-19, elections, and racial justice.

The Index reveals that Americans view religion and religious freedom as an anchor of civil society, especially amidst the turbulence of 2020. More than three quarters of respondents said that religion is a stabilizing force in society during times of social unrest, and more than 60 percent said that faith and religion had been personally important during the COVID-19 pandemic. A majority of respondents said the government should treat worship services at least equally alongside businesses when reopening economies.

“Americans view faith as an essential, stabilizing force in the midst of a pandemic, and they want their elected officials to do a better job of protecting religious freedom,” said Luke Goodrich, senior counsel at Becket and co-editor of the Index. “We will all be better off if our leaders and government officials respect the foundational value of religious freedom.”

A majority of Americans agree that religion – and people of faith – are part of the solution to society’s problems, including a seven-percentage point increase from last year among those who said people of faith are definitely part of the solution. Respondents embraced a robust view of religious expression, with a majority considering it an important part of an individual’s identity and endorsing vibrant religious expression in public places. However, the Index signals that Americans thought elected officials could do more to defend religious freedom, and that religious leaders could play a more active role in advancing the cause of racial justice.

“When Americans understand religion as a fundamental part of an individual’s identity, it is no surprise that that they support strong religious freedom protections in work and public life,” said Caleb Lyman, director of research and analytics at Becket and co-editor of the Index. “Respondents recognized that religion and people of faith can make unique contributions to the challenges faced this year.”

The Religious Freedom Index is designed to give a high-level view of changes in American attitudes on religious freedom by surveying a nationally representative sample of 1,000 American adults each October. The Index’s focus on core religious liberty principles, contextualized with questions on some of the year’s most pressing societal issues, provides a yearly cross section of public sentiment on the intersection of law, religion, and culture. The responses to these questions statistically group into six dimensions:  1) Religious Pluralism, 2) Religion and Policy, 3) Religious Sharing, 4) Religion in Society, 5) Church and State, and 6) Religion in Action.

Surveying and scale construction for Becket’s Religious Freedom Index: American Perspectives on the First Amendment are conducted by Heart+Mind Strategies, using an online panel assembled by Dynata. Becket contributes its broad expertise representing people of all faiths in religious liberty cases to ensure that the polling instrument and analysis broadly reflect America’s many diverse religions and the full spectrum of religious liberty issues.