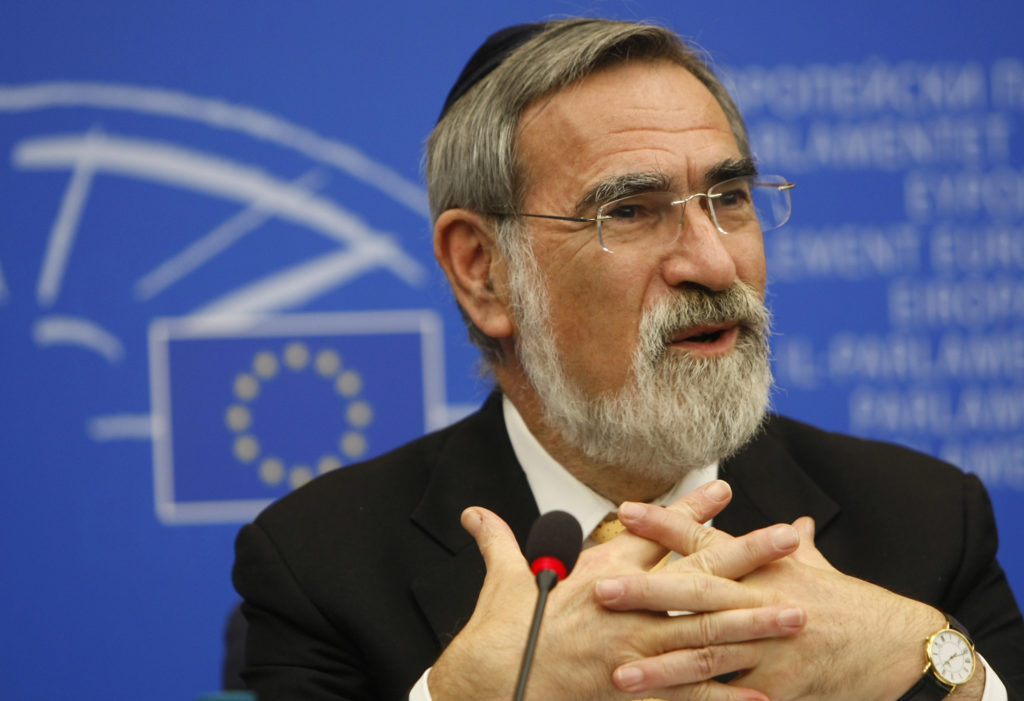 Washington, D.C. – Becket is pleased to announce Rabbi Lord Jonathan Sacks, Emeritus Chief Rabbi of the United Hebrew Congregations of the Commonwealth, as the recipient of the 19th annual Canterbury Medal for his committed defense of religious liberty.

Becket, the nation’s premier religious liberty law firm, awards the Canterbury Medal to an individual who has “most resolutely refused to render to Caesar that which is God’s.” This year’s medalist, Rabbi Lord Jonathan Sacks, Emeritus Chief Rabbi of the United Hebrew Congregations of the Commonwealth, is an influential figure in the world religious community and a staunch advocate for Judaism and faith in general. He is a philosopher and public intellectual, having been awarded 16 honorary degrees and numerous international awards in recognition of his work. A prolific and respected author, Rabbi Sacks has published 25 books on Judaism, faith, and philosophy. His persistent defense for his faith makes him a most deserving recipient of this honor.

“Rabbi Sacks is not only a distinguished leader of the Jewish community,” said Professor Robert P. George, McCormick Professor of Jurisprudence at Princeton University, “he is a teacher of mankind.” George continued:  “People of every faith who cherish what James Madison called “the sacred rights of conscience,” are grateful for Jonathan Sacks’ profound witness to religious freedom, and I am personally honored to be presenting the award to someone who is not only a dear friend, but a personal hero.”

Rabbi Lord Jonathan Sacks said: “I am deeply honored and humbled to have been chosen as the 2014 Canterbury Medalist. I have been a huge admirer of Becket’s important work to make this world a little freer, and allow each of us, in our own way, to light up the public square with the candle and the flame of faith.”

Past Canterbury Medalists include Nobel laureate Elie Wiesel, Prison Fellowship founder the late Charles Colson, financier Foster Friess, Archbishop Charles Chaput and the former Ambassador to the Vatican, James R. Nicholson, among others. Medalists share a common devotion to liberty and freedom of conscience for people of all faiths.

The Dinner is a black tie event and will be held on Thursday, May 15, 2014 at the Pierre Hotel on 2 East 61st Street at 5th Avenue, New York City. Featured speakers include Robert P. George, McCormick Professor of Jurisprudence of Princeton University, Dr. Russell D. Moore, President of the Southern Baptist Ethics & Religious Liberty Commission, His Eminence Timothy Cardinal Dolan, Archbishop of New York, and Elder Todd D. Christofferson, of the Quorum of the Twelve Apostles of the Church of Jesus Christ of Latter-day Saints.  Every year the gala is well attended by the most distinguished religious leaders and defenders in the country and throughout the world.