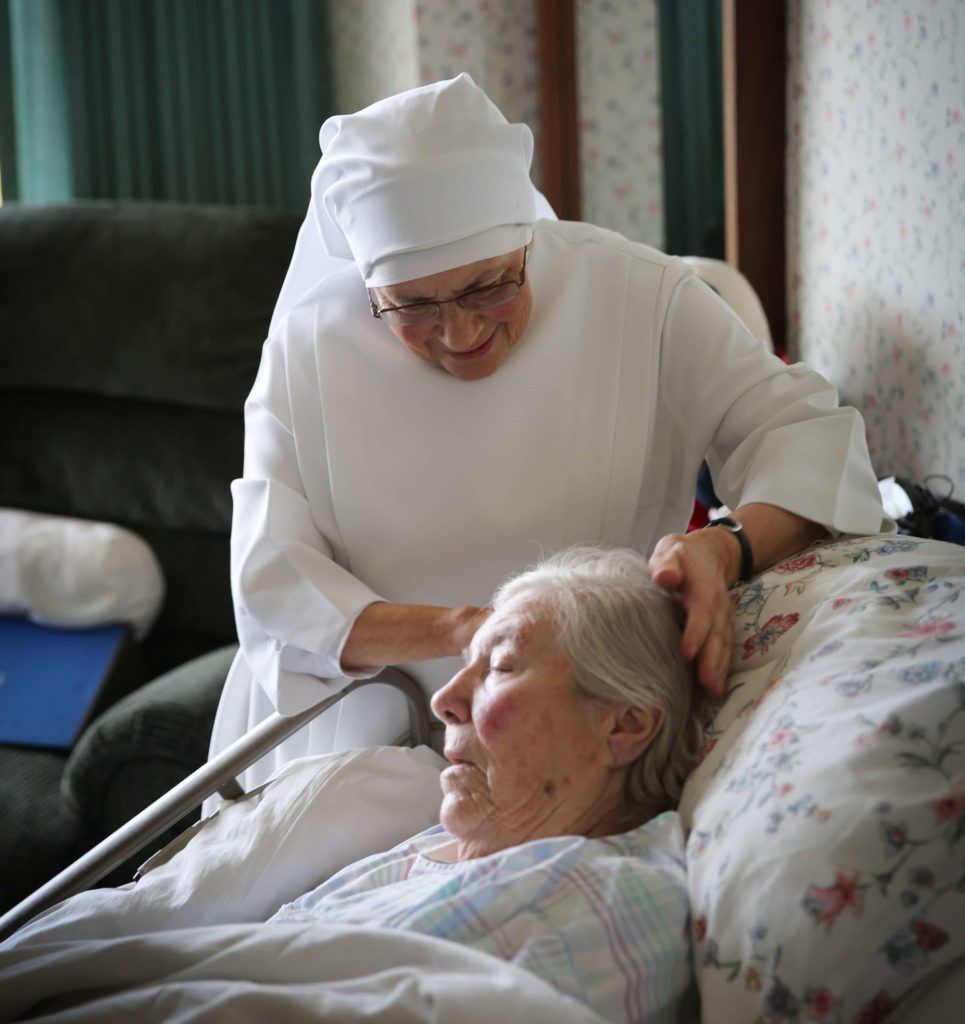 NEW YORK, NEW YORK – After nearly five years and multiple wins at the Supreme Court, the Little Sisters of the Poor are a step closer to being free to serve. The 175-year-old religious order of women who care for the elderly poor received important presidential support in their long legal battle today. For four years, the Little Sisters have fought against a government mandate that would have forced them to provide services such as the week-after pill against their beliefs – even though the government already exempted plans covering one in three Americans, large corporations like Exxon and Pepsi, and its own insurance plans for military families. Today the President instructed government agencies and lawyers to respect religious liberty and consider how to change the mandate to comply with applicable law.

The Supreme Court heard the Little Sisters’ case last March, along with several other non-profit religious groups. Two months later, the Court unanimously ruled in favor of the Little Sisters, erasing the lower court’s ruling against them and ordering the government not to fine the nuns.

“Nearly one year ago today the Supreme Court protected our ability to serve the elderly poor while remaining true to our faith,” said Mother Loraine, Mother Provincial of the Little Sisters of the Poor. “Today we are grateful for the President’s order and look forward to the agencies giving us an exemption so that we can continue caring for the elderly poor and dying as if they were Christ himself without the fear of government punishment.”

“The President’s order makes clear that all federal agencies and lawyers must obey the law and respect religious liberty,” said Mark Rienzi, Senior Counsel at Becket, which represents the Little Sisters and others challenging the HHS Mandate. “As the Supreme Court’s orders show, it was unnecessary and illegal to impose this mandate on the Little Sisters and other religious organizations. Our country has enough real problems without picking pointless culture wars against women who spend their lives caring for the elderly poor. America is better than that.”

“The writing has been on the wall for a long time, which is why even the Obama Administration told the Supreme Court that there were other ways to achieve its goals,” said Rienzi. “President Trump deserves credit for his order, and now the agencies and government lawyers need to follow through to finally give up this futile crusade.”